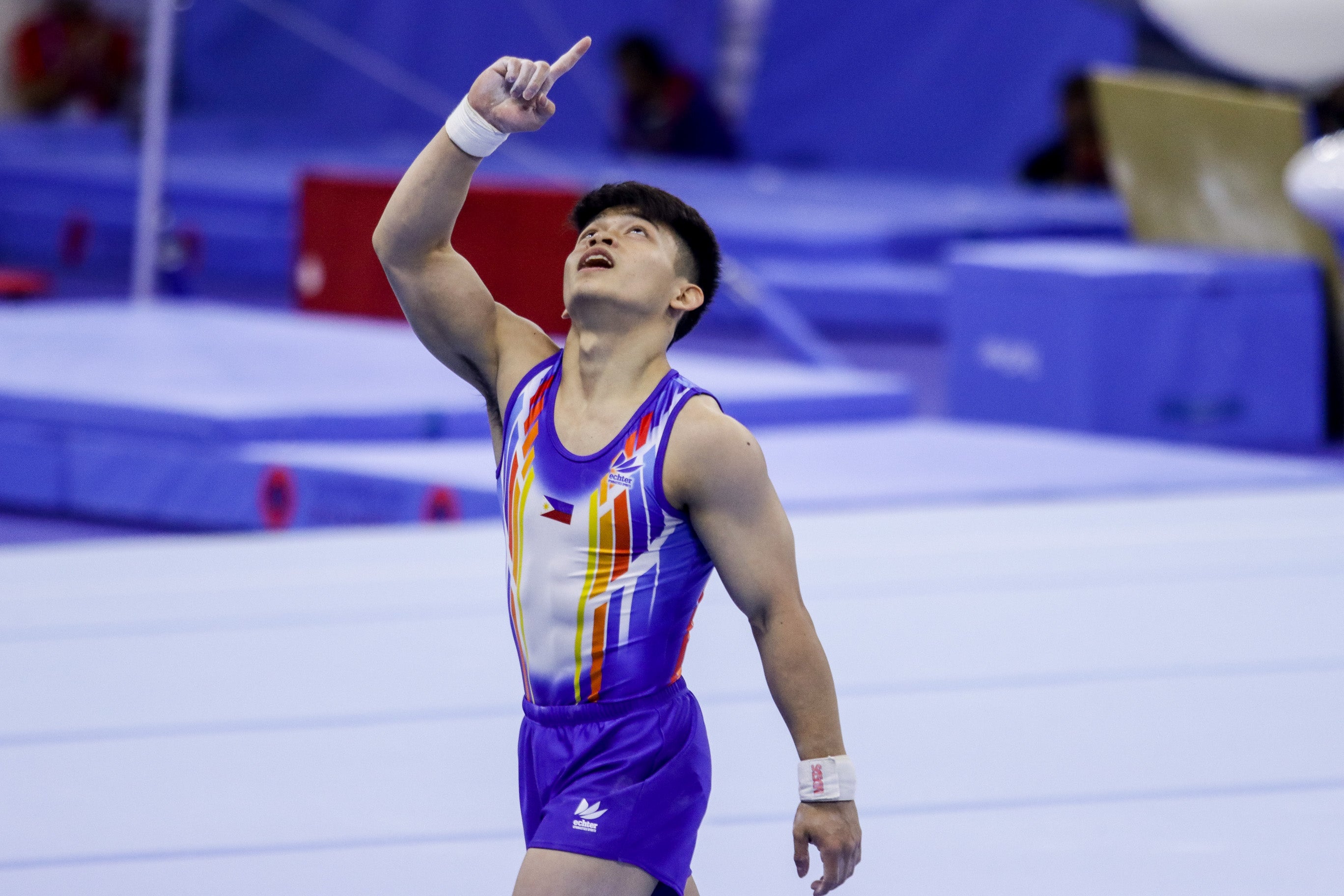 Carlos Yulo during the floor exercise in men’s gymnastics of the 30th Southeast Asian Games. Photo by Tristan Tamayo/INQUIRER.net

MANILA, Philippines — Carlos Yulo thumped his chest and pointed to the sky after completing a spellbinding routine in the men’s floor exercise final as the hometown crowd at Rizal Memorial Coliseum drowned him in cheers.

With one final leap and twist, Yulo catapulted himself to a second gold medal after stamping his class yet again in his pet event.

The pint-sized powerhouse was second to perform and after earning a 14.700 from the judges, it was clear that the rest of the field was now left to battle it out for the silver.

Capellan, the event’s back-to-back SEA Games gold medalist, missed out on a medal after sliding to fifth place with a 13.433.

Capellan was off to a rousing start but a faulty landing at the end cost him his place in the podium.

Tikomporn Surintornta of Thailand came in second with a score of 13.833 while Zur Bahrin Mat Asri of Malaysia bagged the bronze with 13.767.