Explosive Gilas Pilipinas not yet at its best, says Tim Cone 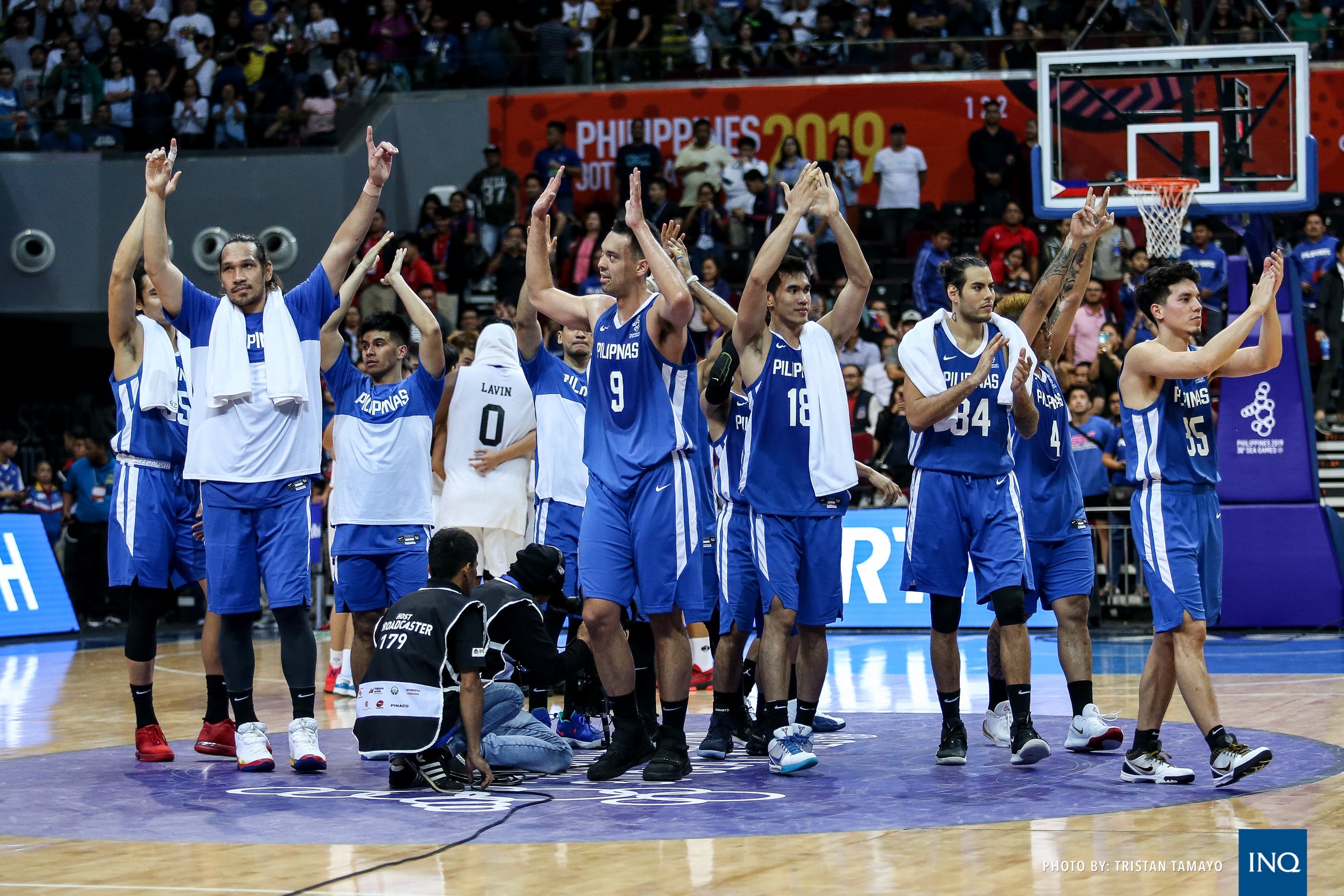 Gilas Pilipinas during its game against Singapore in the 30th Southeast Asian Games. Photo by Tristan Tamayo/INQUIRER.net

MANILA, Philippines — Despite opening the competition with a 52-point win over Singapore, Philippine team head coach Tim Cone believes his squad is just scratching the surface of its potential.

“It’s fun coaching such a powerhouse team no doubt about it, but I don’t think we played our best basketball tonight,” Cone said.

Much more superior on both ends of the floor than the opposition, the Nationals overpowered the Singaporeans with their sheer talent and size.

Cone thinks Gilas’ play would only get better from here as the players develop more cohesion.

“We were a little bit herky-jerky; we weren’t smooth offensively. We had to make an adjustment at halftime but honestly, I believe we’ll get better and better as the games go along,” he said.

“We’ll get more comfortable with each other but you can see the display of talent out on the floor. Guys can shoot it, guys can push the ball on the floor.”

Everyone scored for Gilas except for Chris Ross, whose defensive prowess and playmaking ability was in full bloom with 10 assists, five rebounds, one steal and a block.

Troy Rosario led all scorers 15 points while Stanley Pringle, who served as the engine to the Philippines’ well-oiled machine added 14 on 5-of-5 shooting from the field–on top of five assists.

Vietnam is next for Gilas on Friday night in a game Cone sees would be a much tougher one for his wards.

But after a thorough dismantling of Singapore in the opener, the game against the Vietnamese would most likely be just another blowout.