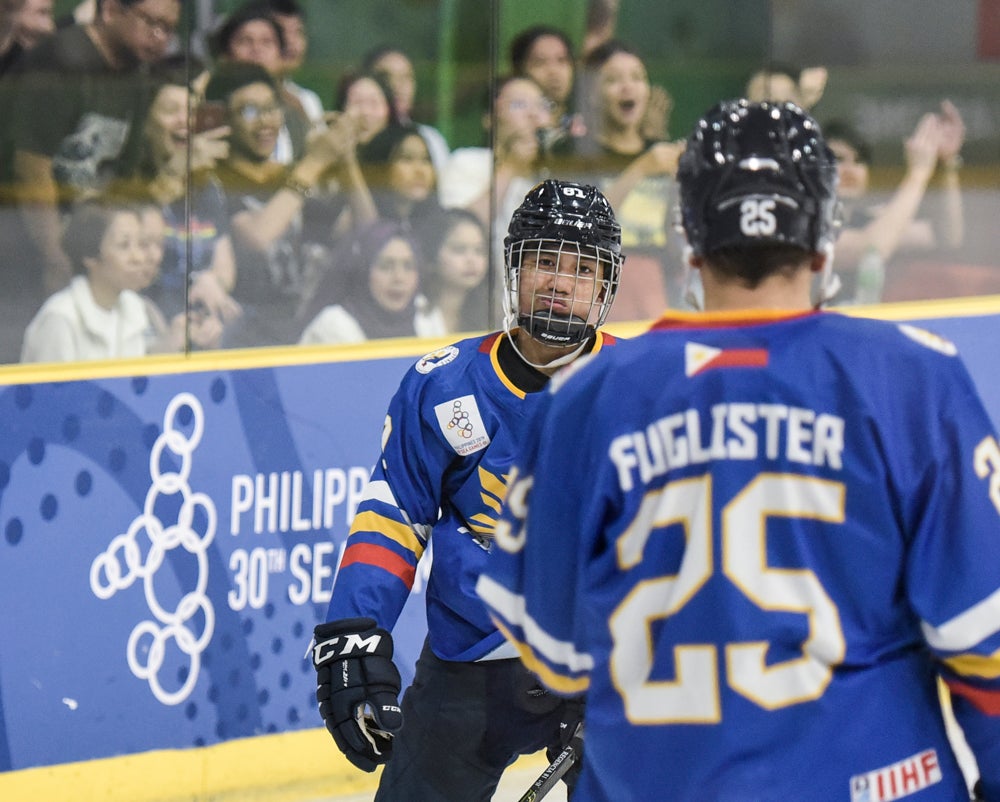 Following a heartbreaking loss to Singapore Saturday night, the Eagles vented their ire on Malaysia, 17-1, to secure a podium finish in the 30th Southeast Asian Games Sunday at Mall of Asia Arena in Pasay.

Steven Füglister, who was visibly upset the night before, had four goals to keep the Malaysians on catch-up mode early in the first period.

Kenneth Stern tossed in four more, Jann So Tiong, the promising Aro Regencia, and Lenard Lancero chipped in a pair each in the stand that gave the Filipinos something to revel on despite a botched title-retention bid.

Sam Bengzon, among the steady performers in the tournament, also made his presence felt in the contest, adding a goal to the Eagles’ scoring effort in the final frame.

Amin Raja converted the lone goal for Malaysia which came in the dying seconds of the match.