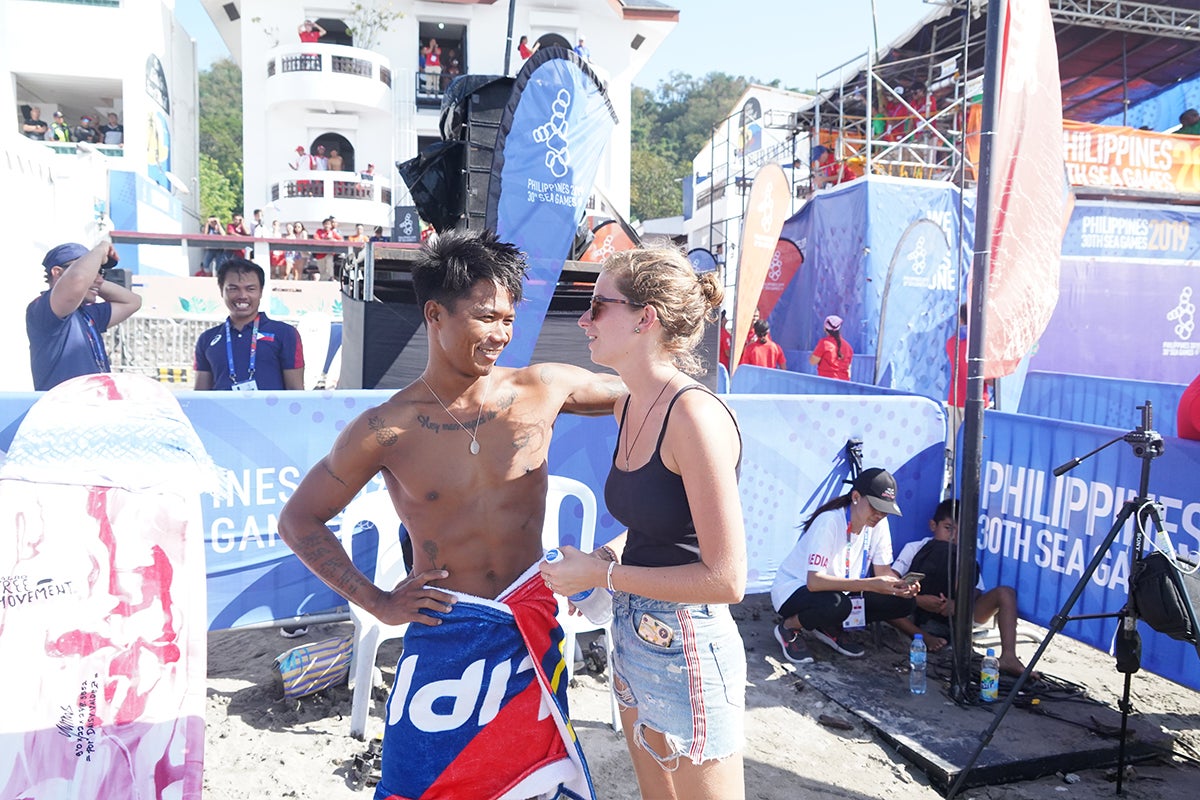 Team Philippines chef de mission Butch Ramirez bared on Monday the 25-year-old pride of La Union would be the country’s flag-bearer during the closing ceremony of the 30th SEA Games.

“These Games are not only about medals. It is about character, resilience, love for one another and shoring up the faith of the person next to you, something that Casogay has exemplified,’’ said Ramirez.

Casogay, also the men’s longboard gold medalist, will carry the national colors from among the 1,185 Filipino athletes from various sports when the curtains fall on the Games at the New Clark City Athletics Stadium in Capas, Tarlac.

“The SEA Games awakened the bayanihan spirit and volunteerism among us. The very spirit shown by the heroism of Roger who gave up his chance for a golden finish to save an opponent at risk of losing his life to the very waves they play in,’’ said Ramirez.

Casogay helped Indonesian surfer Arip Nurhidayat back to shore after the latter broke his ankle leash and was swept by giant waves at Monaliza Point in San Juan, La Union Friday last week.

The Filipino surfing ace, however, refused to be called a hero.

“I’m no hero. He’s (Nurhidayat) a good swimmer, I just calmed him down,’’ said Casogay.

For his altruism, Casogay will receive an additional P300,000 from the PSC aside from the cash incentive for capturing the gold in the longboard event.

He was also invited by no less than President Duterte in Baguio City as soon as the surfing competitions are over.