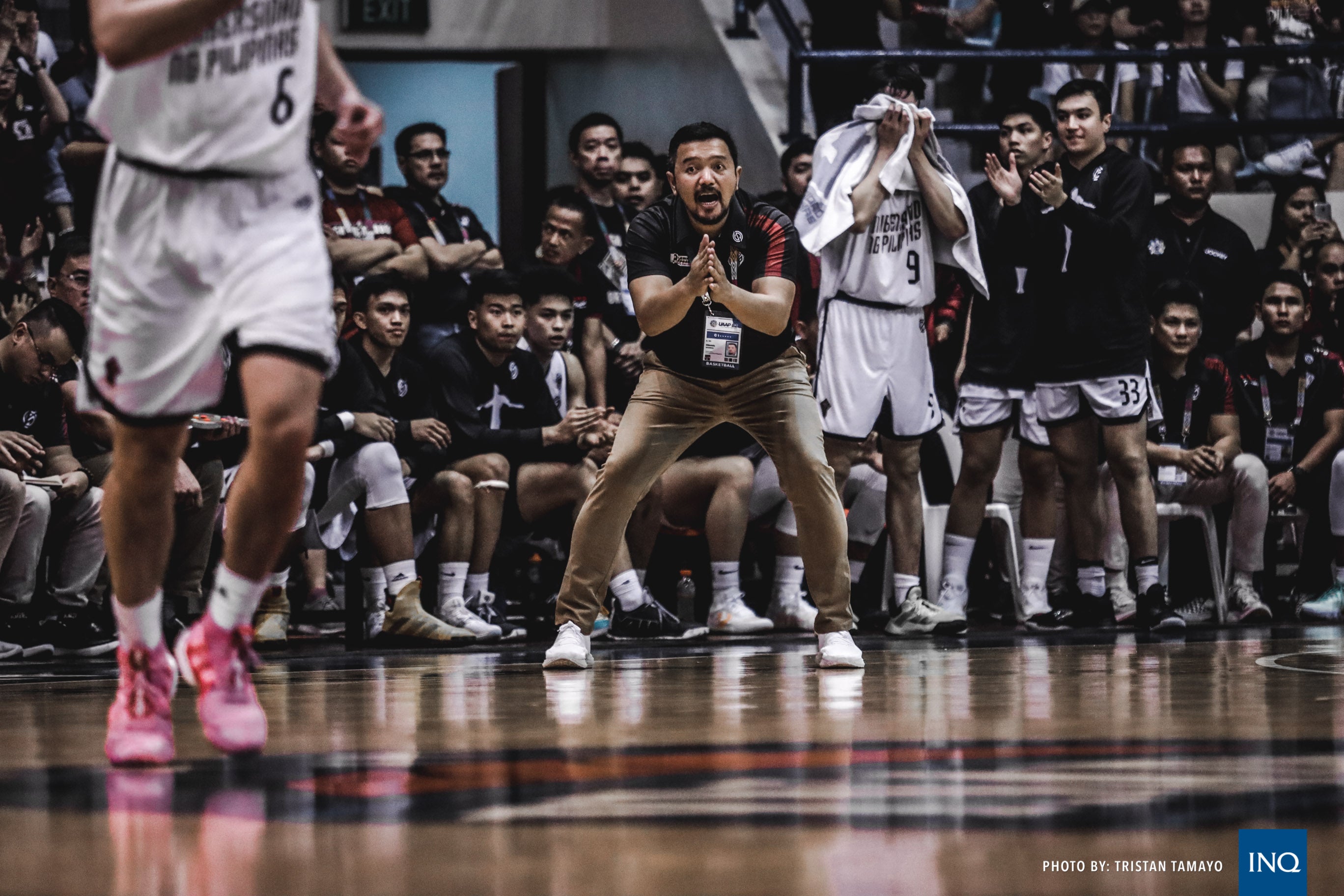 UP coach Bo Perasol gets a boost in his coaching staff. Photo by Tristan Tamayo/INQUIRER.net

MANILA, Philippines—University of the Philippines has beefed up its coaching staff after it missed a chance to return to the finals in the UAAP Season 82 men’s basketball tournament.

After stacking their player roster in 2019, the Fighting Maroons have now added a bevy of coaching minds to aid head coach Bo Perasol.

Ronnie Magsanoc, Benjie Paras, Joey Guanio, and Xavier Nunag were added to the coaching staff whom Perasol described as “four outstanding basketball minds who have selflessly agreed to help the team.”

“The track records for these coaches speak for themselves. They bring with them years of experience as both player and coach and we will believe that with them on board they will be tremendous assets to the program,” said Perasol.

But despite the star power, the Fighting Maroons lost to University of Santo Tomas twice in the Final Four going 4-0 int their season series against the Growling Tigers.

Magsanoc, part of the last UP that won the UAAP title, said he looks forward to breaking the Fighting Maroons’ 33-year drought.

“If you see how the UP community has come in support of the boys the past few years, you can’t help but feel they really deserve it,” said Magsanoc, who has also coached the Purefoods franchise and Meralco in the PBA.

Magsanoc, who is also part of the PBA’s 25 Greatest Players, also led San Beda to the title in 2013.

Paras, a member of the PBA’s 25 Greatest, holds the distinction as being the only winner of the Rookie of the Year and MVP awards in the same year.

The charismatic big man then added another MVP in 1999 to his name 10 years after his first.

Guanio is also part of the 1986 UP team and has served as an assistant with National University and Hapee Toothpaste in the PBA D-League.

Nunag was also part of the Hapee coaching staff and was also a deputy with Meralco and Purefoods.