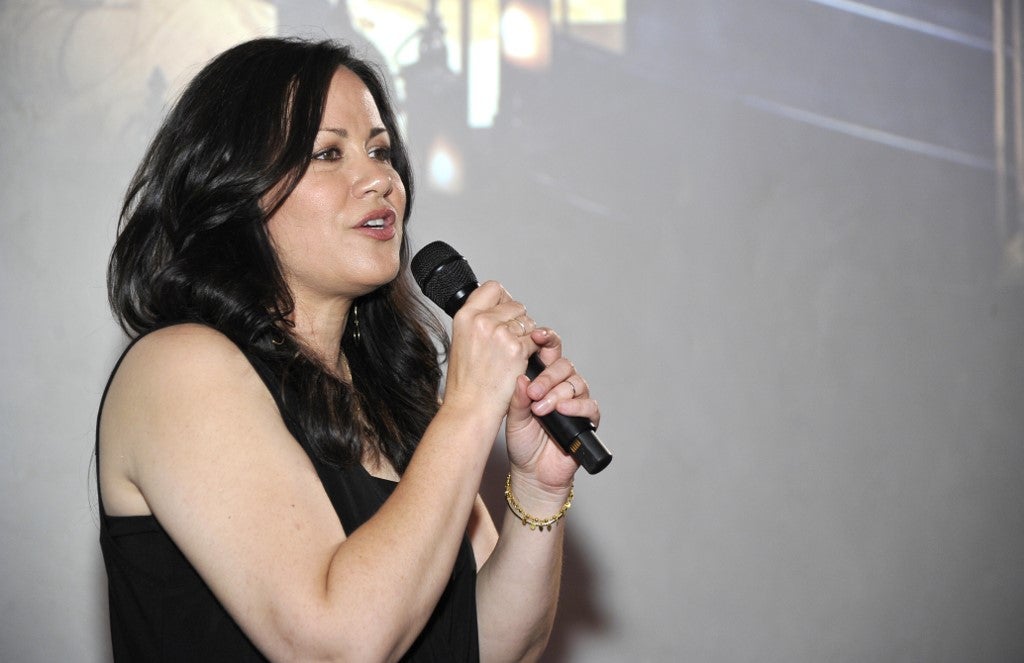 A company run by Bruce Lee’s daughter is suing a Chinese fast food chain for allegedly using an image of the late martial arts film star without permission.

The food chain responded Thursday by saying the logo had long been authorized by Chinese authorities.

“We’re confused that we are prosecuted many years later. We’re actively studying the case and preparing to respond,” the company said in a statement posted on China’s Twitter-like Weibo platform.

According to the Chinese internet portal sina.com, Shannon Lee asked the food chain to immediately stop using her father’s image, clarify for 90 consecutive days that it has nothing to do with Bruce Lee, and pay compensation of 210 million yuan (US$30 million).

The Guangzhou-based restaurant chain known as Real Kung Fu (Zhen Gongfu in Mandarin) was founded in 1990. Since 2004 its logo has featured image of a dark-haired man in a kung fu pose who looks like Bruce Lee.

The founder of the chain said it has more than 600 stores across the country, with a total asset value of over five billion yuan, according to Chinese media.

It ranked among the top 10 fast-food companies in China last year on a list issued by China Cuisine Association.

Shannon Lee, who has taken over the company from her mother, has been involved in the preservation of her father’s legacy for around two decades.

Read Next
Amid hotshot passers, old men Brady and Brees roll on
EDITORS' PICK
New Year, New Rediscoveries
1,797 more Covid-19 infections raise PH active cases to 33,603
Acer Philippines welcomes you to its first flagship store
UP Diliman is not Barangay UP Campus, says university official
Is your company a growth champion? Stand up and be recognized!
UP president challenges AFP claim on Reds’ campus infiltration
MOST READ
Wife stabs husband after seeing her younger self in old photos, thought he was cheating
NBI files raps vs top execs of 2 tech firms
‘Tulungan na lang sana:’ Violent arrest of Parañaque vendor alarms 2 senators
Lawyer wants AFP to apologize for including him in NPA list
Don't miss out on the latest news and information.

PH eases travel curbs for tourists from countries with variants