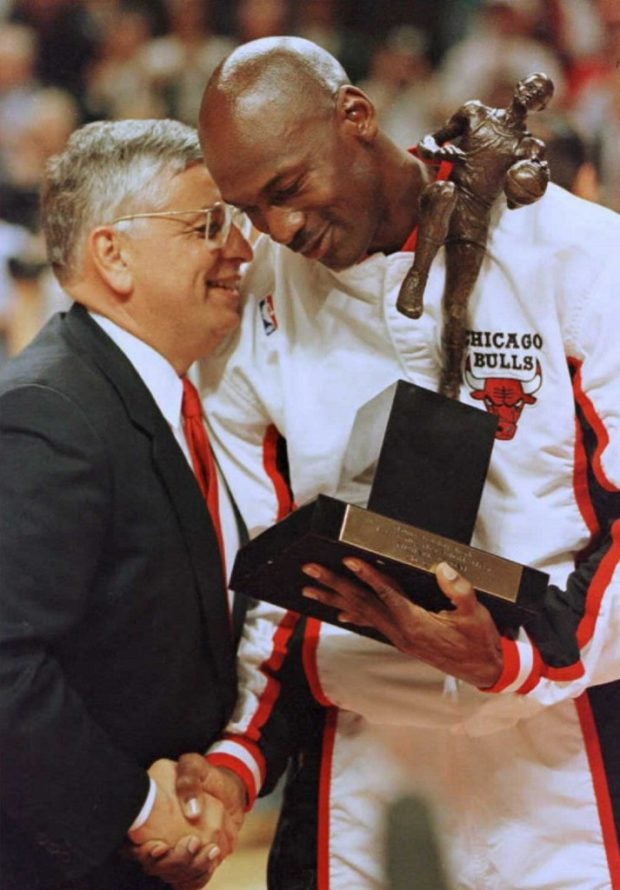 Stern, who was 77, spent 30 years as commissioner before retiring in 2014 and oversaw the NBA’s growth from a league whose finals weren’t televised live to a global sport empire with a worldwide following and talent.

“The world lost a legend today,” said retired NBA star Charles Barkley. “He is the greatest commissioner in sports history, plain and simple.”

Johnson, a five-time NBA champion with the Los Angeles Lakers who revealed in 1991 he had contracted the HIV virus, tweeted he was “devastated” by Stern’s death, the 1992 US Olympic “Dream Team” star adding, “I loved and respected him.”

“David Stern was such a history maker. When I announced in 1991 I had HIV, people thought they could get the virus from shaking my hand. When David allowed me to play in the 1992 All Star Game in Orlando and then play for the Olympic Dream Team, we were able to change the world.”

“Your vision to make our game become WORLDWIDE was a vision only you could make happen,” James wrote. “You did just that. Making our game the greatest sport in the world! Was a honor to know you personally.”

“Without David Stern, the NBA would not be what it is today,” six-time NBA champion Jordan said in a statement. “He guided the league through turbulent times and grew the league into an international phenomenon, creating opportunities that few could have imagined before.

“His vision and leadership provided me with the global stage that allowed me to succeed… I wouldn’t be where I am without him.”

“Now the average salary is $7.7 million. That’s because of David Stern. He was an innovator. He was a great businessman.

Stern imposed a dress code and helped create drug tests and a salary cap that irked some players but helped boost the NBA brand and bottom line, easing sponsor fears as Jordan became an iconic brand.

“I think it’s important … we remember where this country was in terms of corporate environment and race relations,” retired NBA star Isiah Thomas said on NBA TV of Stern’s early days as boss.

“David Stern pushed that envelope to say this game belonged to everyone, not just a few.”

“It gave Adam Silver the ability to stand up to another country today and say, ‘No, this is where we stand. This is what the NBA is all about,'” Thomas said.

“It’s a huge loss for sports in general because … he was the one who really marketed the stars,” Miller said. “He found a way to relate the superstars of our game to the common fan.

“David Stern was a true fan of the game and it showed in his work. Not only is this game global now because of him … he was a true icon of the sport.”

Retired Chicago Bulls legend Scottie Pippen called Stern “an innovator who helped grow our sport into a global game and his impact will never be forgotten.”

“The best commissioner to ever do it,” tweeted four-time NBA champion Shaquille O’Neal.

“The league wouldn’t be what it is today without you,” NBA scoring leader James Harden of Houston tweeted. “The entire NBA family and fans around the world will miss you.”

Golden State Warriors coach Steve Kerr said Stern “made a bigger impact on the game than any other non-player in the history of the NBA.

“David Stern really led the expansion of the league. He had the vision to set the league on a course where it is today. We all owe him a great debt of gratitude.”