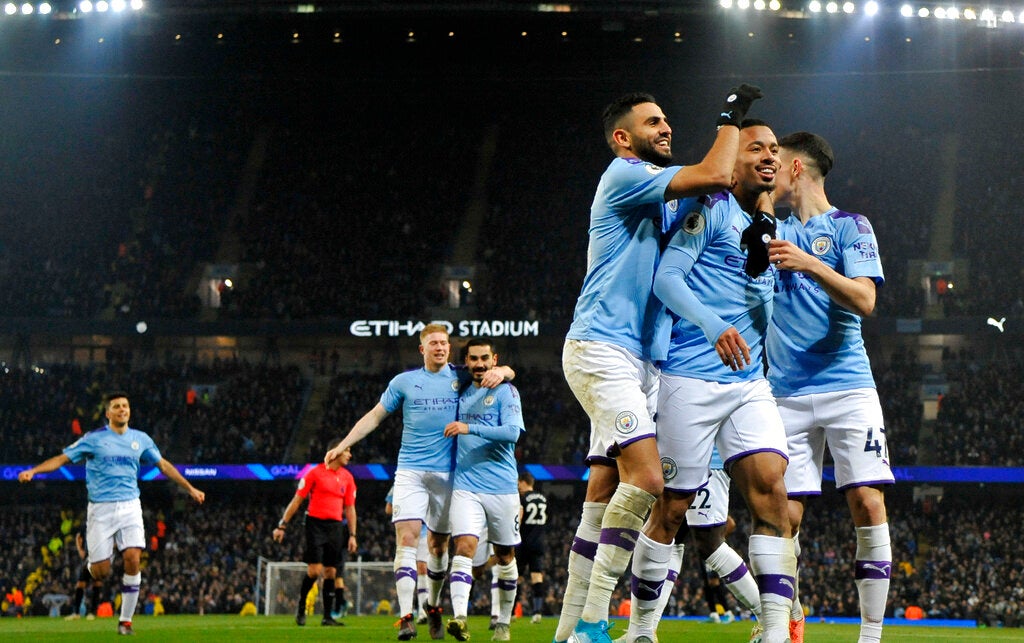 MANCHESTER, England— Gabriel Jesus struck twice within seven second-half minutes as Manchester City opened 2020 with a 2-1 win over Everton in the Premier League on Wednesday.

The Brazilian’s first goal in the 51st minute was a fine curled finish after being played in by Ilkay Gundogan. His second was a first-time strike at the end of a slick passing move, with Riyad Mahrez playing the final ball.

Richarlison set up a tense finish at the Etihad Stadium by pulling one back after an error by City goalkeeper Claudio Bravo, but the hosts held on to stay a point behind second-place Leicester.

It was Carlo Ancelotti’s first defeat as Everton manager.