Black fears Meralco could lose Almazan for rest of finals 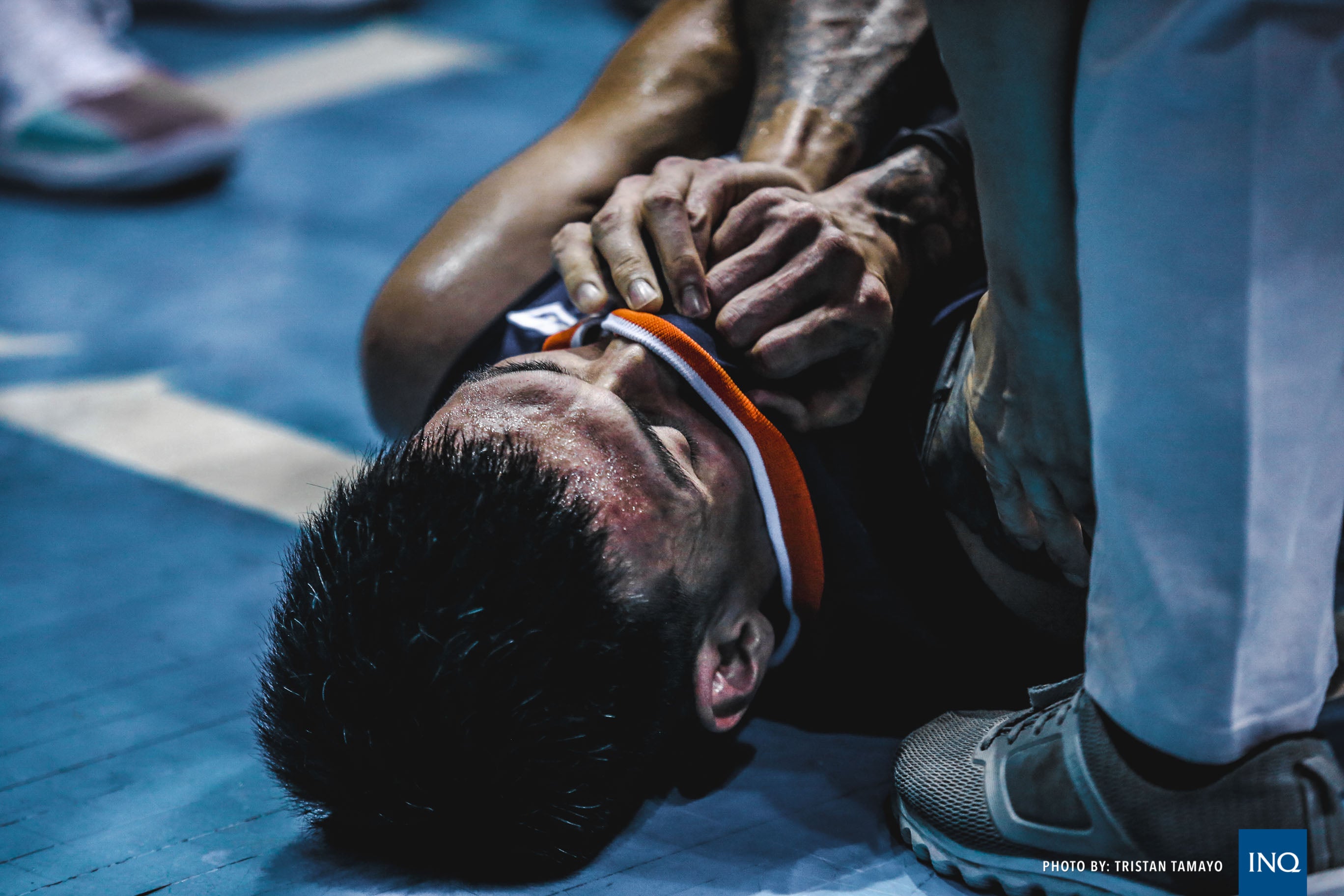 MANILA, Philippines — Meralco head coach Norman Black is keeping his optimism while also bracing for the worst after his star center Raymond Almazan left Game 3 of the Governors’ Cup Finals and did not return due to a knee injury.

Almazan, a vital piece to the Bolts’ title bid, hurt his left knee at the 5:55 mark of the first quarter and was taken to Makati Medical Center to undergo an MRI.

Meralco could only do so much to fill in the void left by Almazan and contend against a formidable Barangay Ginebra side as it fell, 92-84, to trail the series 2-1.

“We came out of the locker room very flat. We found out at halftime, we probably would lose Raymond for the rest of the game and possibly for the rest of the series,” said Black. “So it seemed like the guys were a little bit of down and lacked the energy, the intensity going to the third quarter.”

“I don’t know for sure how much they were affected by the news, but it seemed to affect them going to the third quarter. Ginebra did a good job of jumping on top of us immediately, taking advantage of it, and taking control of the game,” he added.

The 6-foot-7 Almazan averaged 17.5 points and 11 rebounds in the first two games of the series and his absence was greatly felt with the Gin Kings drawing big contributions from their big man Japeth Aguilar.

“Our biggest concern, obviously, is the fact that when Raymond’s not around, you saw what happened with Japeth, right? He pretty much ran wild out there on the court,” Black said.

“So what he has done this conference is giving us an opportunity to match up with the big men of the other teams. And without him, we almost got a little bit of a hole in the middle. So we just have to try to find a way to camouflage or at least try to fix it.”

Aguilar finished with 23 points and seven blocks to back up Justin Brownlee’s all-around output of 24 points, nine rebounds and nine assists.

“He’s having an MRI taken right now at Makati Med. Let’s hope that’s not the case, but when I talked to him at halftime of the game, he couldn’t move his leg. And being a former player myself, that’s never a good sign,” Black said.

“I’ll try to be as positive as possible, and hopefully he’ll be okay, but from being a player myself, having a swollen knee in the middle of a championship series is not something you can just bounce back from that easily.”

Meralco goes for the equalizer on Wednesday in Game 4 at Araneta Coliseum.