Brownlee back to creating shots for Gins in Game 3 win 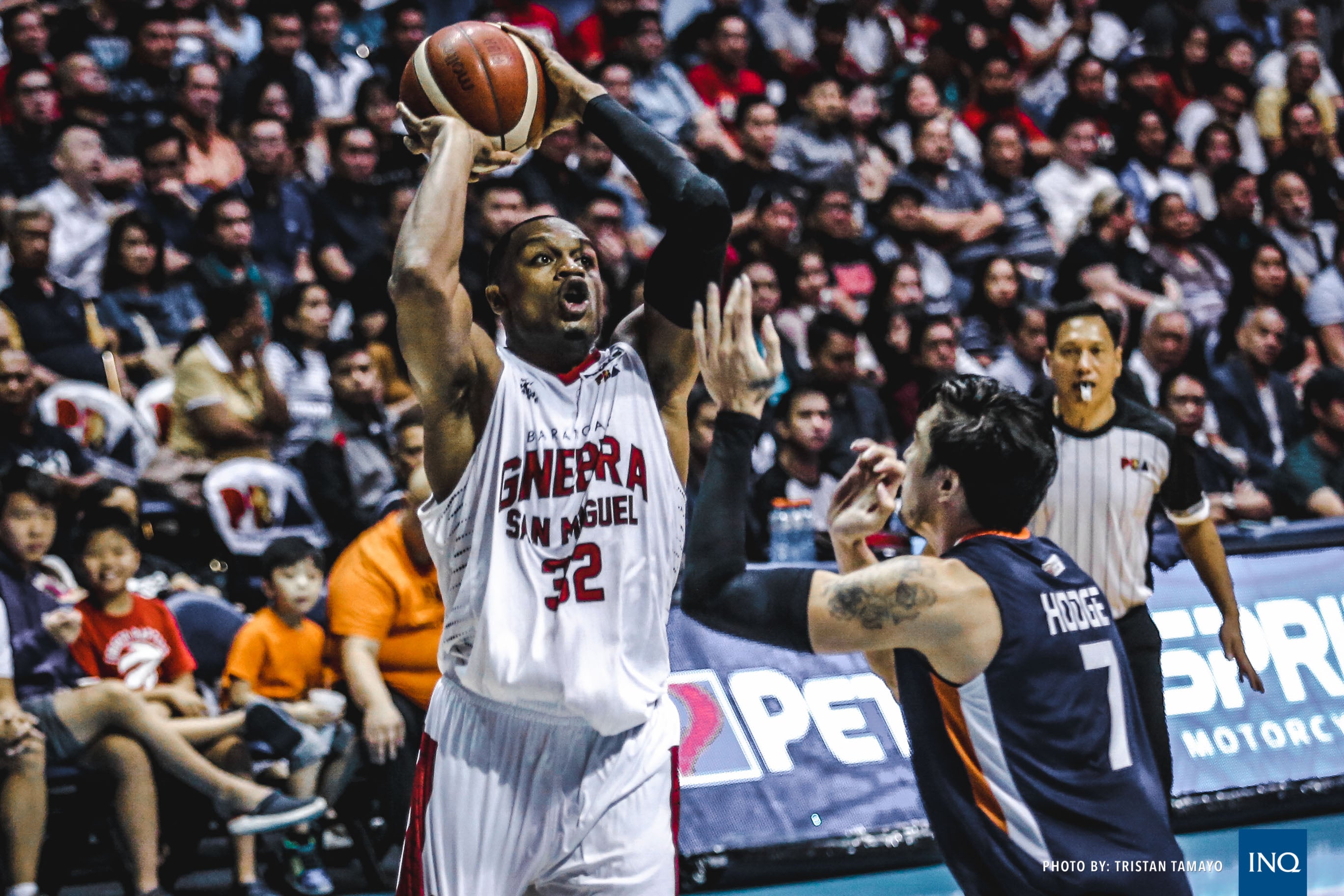 MANILA, Philippines—Justin Brownlee has always been a great and willing passer but he hasn’t gotten much assists early in the PBA Governors’ Cup Finals before Game 3.

Ginebra’s charismatic import tallied just one assist in Games 1 and 2 of the series but he didn’t pay that much attention to it until his head coach Tim Cone told him about it.

Brownlee, though, made up for it in Game 3 where he recorded nine assists that went with his 24 points and nine rebounds.

“I was unaware until coach told me, but it’s something I try not to really focus on,” said Brownlee after powering Ginebra to a 92-84 win over Meralco Sunday night at Smart Araneta Coliseum. “I do love getting my teammates open shots and things like that.”

“I just try to be aggressive and just try and take whatever the defense gives me.”

Brownlee averaged 6.8 dimes a game before the finals and he even had a stretch of four straight double-digit assist games and three of those were triple doubles.

For Brownlee to tally just an assist in the first two games of the series did perplex Cone, but he noted that Meralco’s defense did stifle his prolific forward that prevented him from getting to the cup more often than normal.

“It’s not because Justin doesn’t like to pass the ball, we all know he loves to pass and he’s a great passer, but the defense was just not letting him create,” said Cone, whose team now owns a 2-1 series lead. “Tonight he was able to get to the paint and create some assists.”

He setup LA Tenorio for the big 3-pointer for Ginebra’s 90-84 lead with 1:47 left to play before following it up with a pass to a cutting Japeth Aguilar, who sealed the game off a pick-and-roll play for an 92-84 advantage with 30.9 seconds.

“They (Tenorio and Aguilar) made some good reads and find the open areas. LA came back to his spot and got open and Japeth made a great cut to the basket,” said Brownlee.