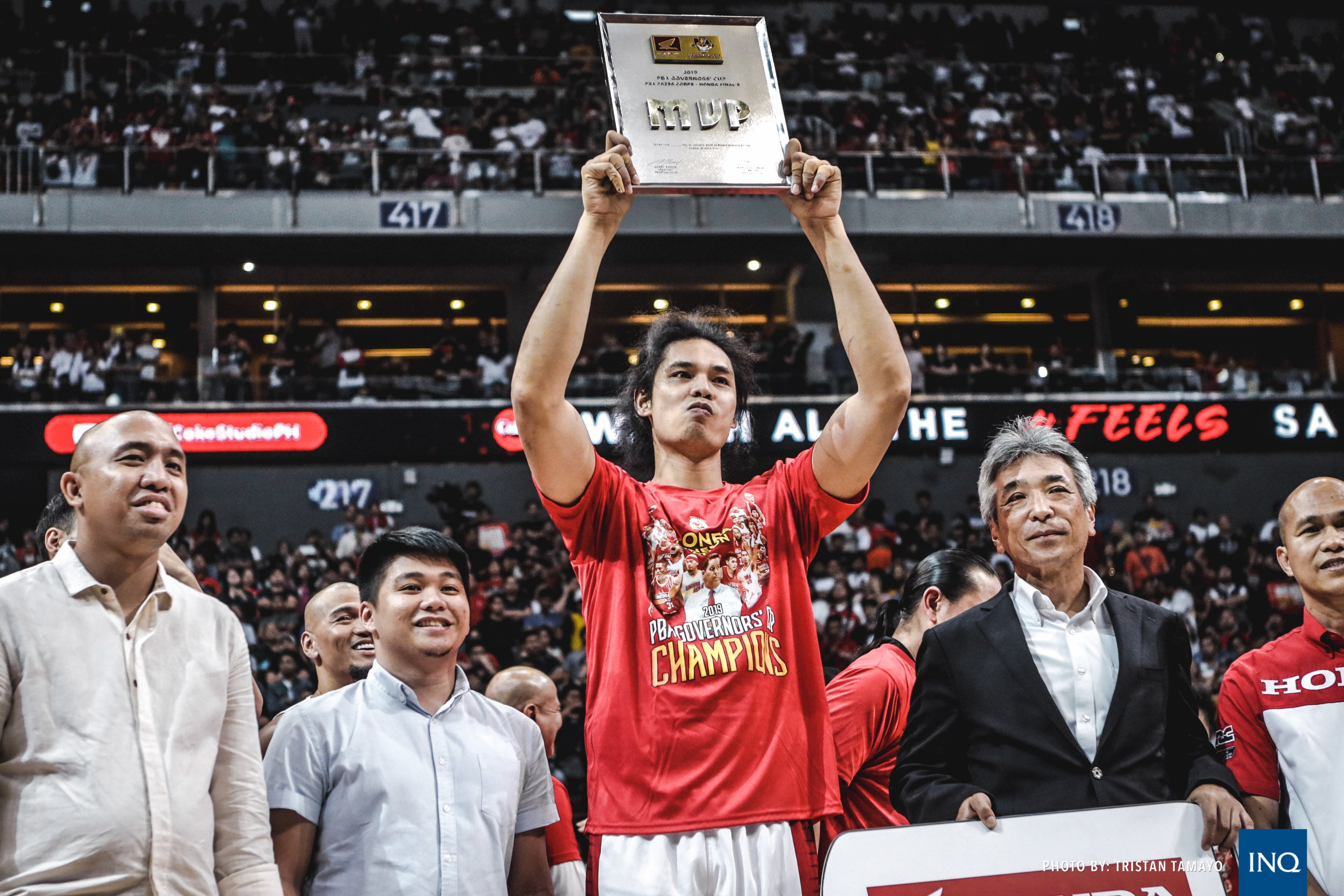 MANILA, Philippines–Japeth Aguilar had been a steady presence in Ginebra’s scoring effort throughout the 2019 PBA Governors’ Cup Finals.

It was quite expected considering his sheer athleticism and size, but Friday night saw another version of the Ginebra forward.

Bathed in confetti, Aguilar, for the first time in his career, was recognized as PBA Press Corps Finals MVP but it wasn’t just for his offense.

“I think it’s just maturity doing its work,” the 32-year-old cager told reporters in Filipino. “It was me accepting the role given to me.”

Aguilar said the Gin Kings have plenty of weapons anyway, which made it easier for him to embrace such a task as the defensive anchor.

“There are a lot of potential scorers within our team, so my focus is, expectedly, on defense.”

Throughout the five games of this title showdown, Aguilar either scored well, rebounded well, or defended well.

Twice, he ticked all of those boxes, including Friday night’s clincher where he tallied 25 points, plucked down eight rebounds, and had four blocks.

Aguilar’s only dismal outing in the duel was in Game 4 where he scored only five points. He made up for the erratic shooting, though, by grabbing nine rebounds and logging a pair of blocks.

Aguilar, for his part, still deflected all praise and credit, saying his showing—no matter how commendable it was—is his teammates’ work.

“They try to look for me on offense. So it’s truly a collective effort,” he said.