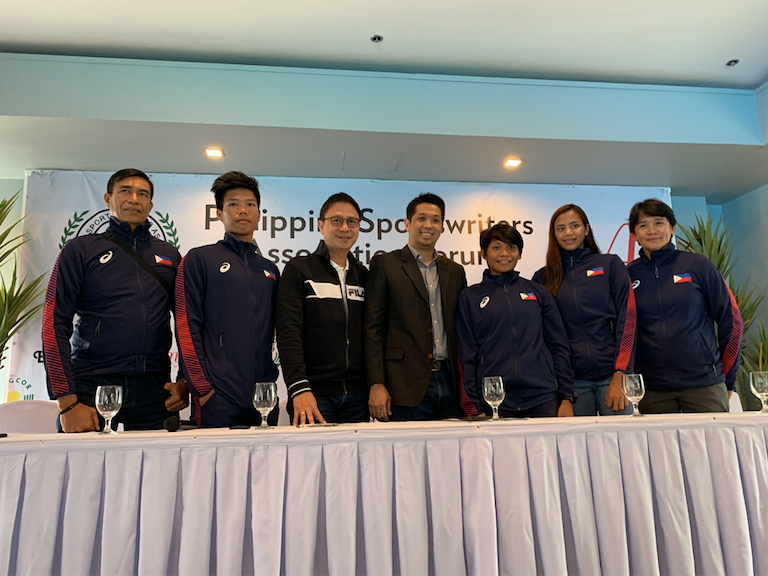 Rowing chief Patrick Gregorio is optimistic his athletes can sail their way to the Tokyo Olympics.

“If we give them our all-out support, I’m confident that we will qualify for the Olympics,’’ said Gregorio, a former secretary general of the Philippine Olympic Committee, during Tuesday’s PSA Forum at the Amelie Hotel in Manila.

Caballero claimed the gold medal in the women’s lightweight single sculls during the SEA Games last month and scooped another gold in the double sculls with Delgaco. The 19-year-old Nievarez joined them on the podium by winning the lightweight men’s single sculls.

Rowing coach Ed Mayrina, who saw action in the 1988 Seoul Olympics, said three Asian slots are up for grabs in the women’s single sculls while five spots have been dangled for the men’s side.

Caballero is the country’s brightest hope to land an Olympic berth after finishing fourth in the 2019 Asian Rowing Championships behind rowers from China, Korea and Iran. INQ