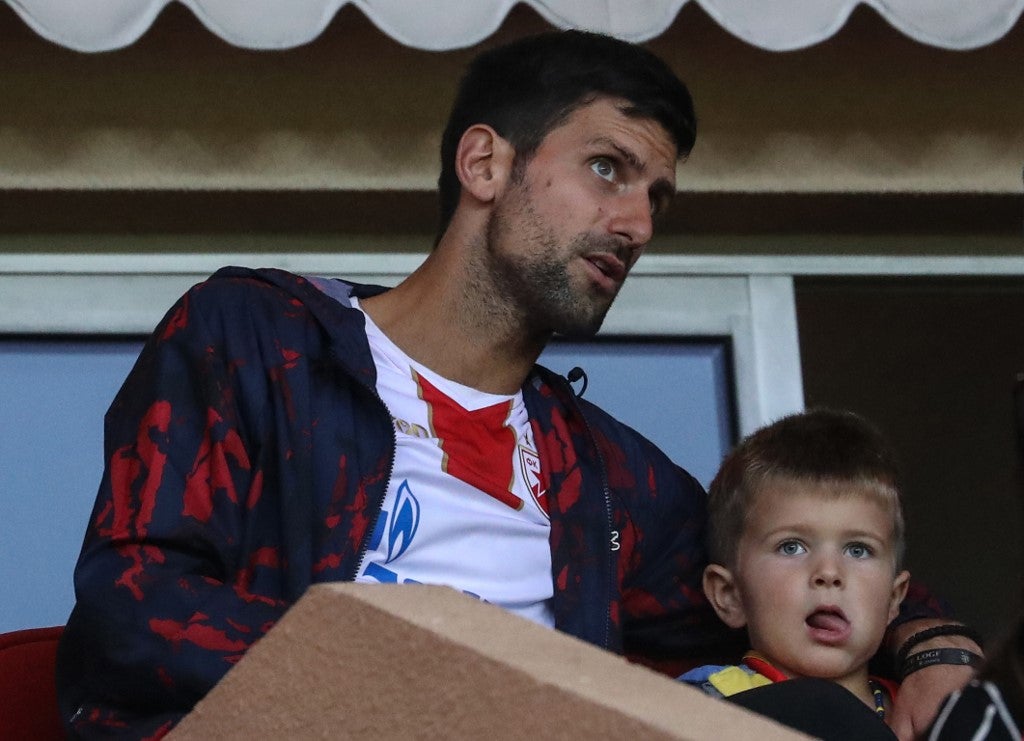 Serbian tennis player Novak Djokovic looks on next to his son Stefan Djokovic (R) during the French L1 football match Monaco vs Rennes on October 20, 2019 at the “Louis II Stadium” in Monaco. (Photo by VALERY HACHE / AFP)

Novak Djokovic says his young son is a big tennis fan who likes picking up a racquet, but he won’t be pushing him to follow in his footsteps.

The Serbian star has two children with wife Jelena and five-year-old Stefan told his dad he was “born with a backhand”.

“Obviously he’s exposed to tennis a lot when he travels with me but also on the TV. He knows what is going on. He knows Roger (Federer), he knows Rafa (Nadal),” Djokovic said after easing into the Australian Open quarter-finals Sunday.

“He knows a couple of the other guys. His favourite shot is forehand so far. I’m trying to get him to hit a few backhands. He’s been telling me that he is born with a backhand.”

The 16-time Grand Slam winner, who began playing the sport aged four and was sent to a Munich tennis academy at 12, said he would not press his children into the sport unless they showed genuine desire.

But the ultimate call might come down to his wife.

“I really want him and my daughter (Tara) to express honest desire to take the racquet and the ball and just hit. Go to the court or up against the wall,” he said.

“I would be more than happy to support them in their tennis careers and journeys but it’s still very early to talk about it… my wife says!”