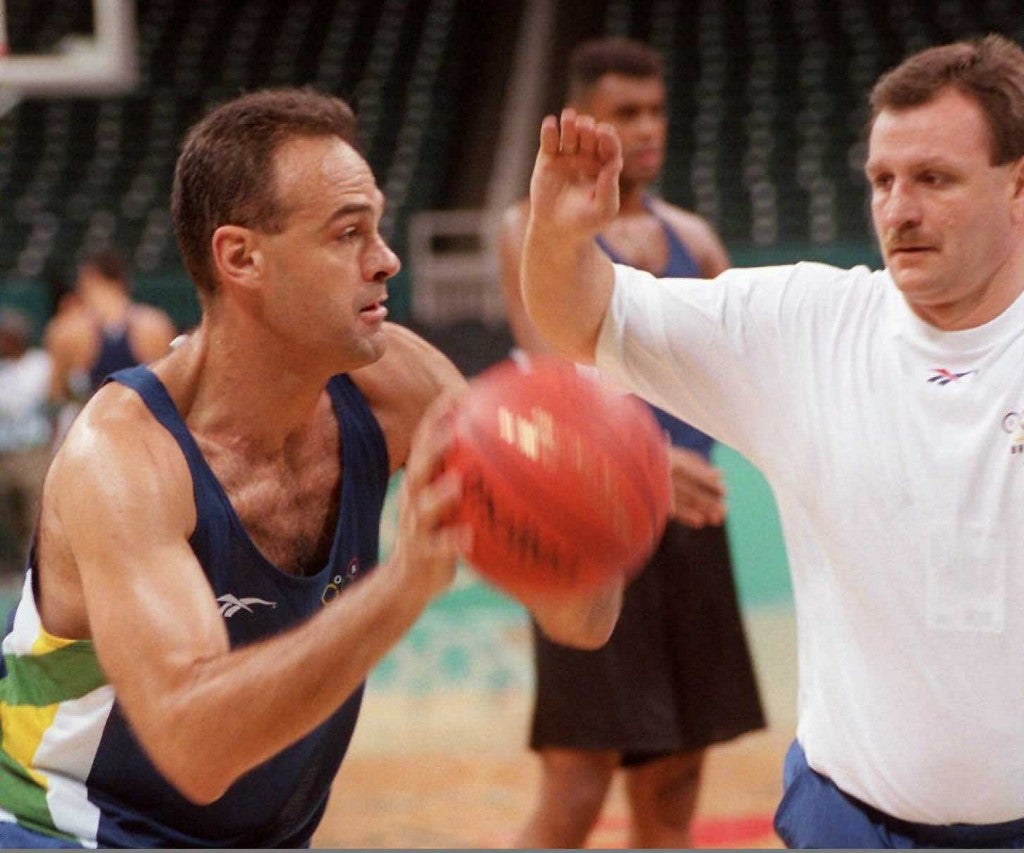 SAO PAULO — For little Kobe Bryant growing up in Italy, the player that amazed him as a child was a skinny and half bald Brazilian guard that often beat his father’s teams with long distance shots.

Oscar Schmidt, one of basketball’s all-time leading scorers with almost 50,000 points, played with Italian teams between 1982 and 1993. It was there that the son of Joe Bryant started going to courts to watch his father in action and, when possible, take a few shots himself.

Kobe Bryant, his 13-year-old daughter and seven others died in a helicopter crash on a steep hillside in Southern California on Sunday, igniting a global wave of grief that includes Schmidt — the idol turned fan.

“Once I heard Joe’s teammates saying he would talk about Magic Johnson and Michael Jordan to Kobe. And the kid would answer ‘The good one is Oscar, he beats your team all the time.’ And Joe would laugh,” a well-humored Schmidt told The Associated Press in a phone interview on Tuesday.

“Kobe said he used to call me ‘La Bomba’ (the bomb in Italian). In Brazil everyone calls me ‘Holy Hand’ because of my throws, but I liked his nickname for me too,” said Schmidt, who opted not to play in the NBA despite being drafted by the New Jersey Nets in 1984.

“I was 26, traveled all the way and the Nets picked me in the 6th round! I told Kobe that was an insult. He agreed,” the Brazilian said.

At that time international players also had to choose between a career in the best basketball league in the world or continue playing for their national teams. Schmidt picked the latter.

Italy had one of the best leagues in Europe, which made the decision easier for Schmidt. The move paid off for his national team in 1987, when Schmidt led Brazil to gold at the Pan-American Games in Indianapolis after scoring 46 points in a 120-115 win in the final against a young U.S. team led by David Robinson.

“It is possible little Kobe was impressed by that too, it was a major upset at the time,” Schmidt said.

Schmidt said he never talked to Bryant as a child, but frequently spotted him in the stands cheering for his father.

“He was a bit annoying to be honest,” Schmidt fondly said. “He went to every All Star game in Italy, jumped onto the court before the game, at halftime and in the end just to shoot until someone dragged him out. At 7, 8 years of age he would not leave the court unless somebody picked him up.

“We could definitely see he was going to be a great shooter and a great dribbler, he had that from the start.”

Schmidt, 61, was still playing in 1996 when the annoying American kid from Italy became a member of the Los Angeles Lakers. But it was only after the Brazilian’s retirement in 2003 that he realized he had made an impact on Bryant.

“A few years later I saw a documentary in which he said so many good things about me. I wept,” Schmidt said. “The first time I actually talked to him was at the 2008 Beijing Olympics. I was emotional, he was emotional, it was great to see him as a grown-up man.”

Schmidt is not shy about his achievements in the sport, including being the leading scorer in Olympic history, but still struggles to explain why Bryant did not pick an NBA star to admire during his boyhood.

“Shooting from long range in Italy in those days was a big thing, basketball there was very physical,” Schmidt said. “I was never one of the best built players, but I was obsessed with shooting from long range, short range, as much as I could. And I trained like crazy. Maybe that’s why he liked me.”

After their first meeting in China, Bryant paid a visit to Schmidt in Sao Paulo during the 2014 soccer World Cup. The two had dinner, with the conservation split into English and Italian.

“He remembered things about my career that I had forgotten. He talked about how impressed he was at an All Star game after I got 19 baskets in a row. I had to look it up to know it was in 1988,” Schmidt said. The last meeting between them was at the 2019 basketball World Cup in China.

Schmidt said no other player will match Bryant’s talent in the near future, with the exception of Lakers All-Star LeBron James.

“The Kobe I saw as a kid is the Kobe of the 81 points in a single match, of 60 points in his last match. It is a very rare talent, one that everyone likes to watch,” Schmidt said. “But it is also true that he was a kind of player that other players often resent, because he proved he could decide a match on his own.