KicksStalker: LeBron wears Kobe sneakers for a change as tribute 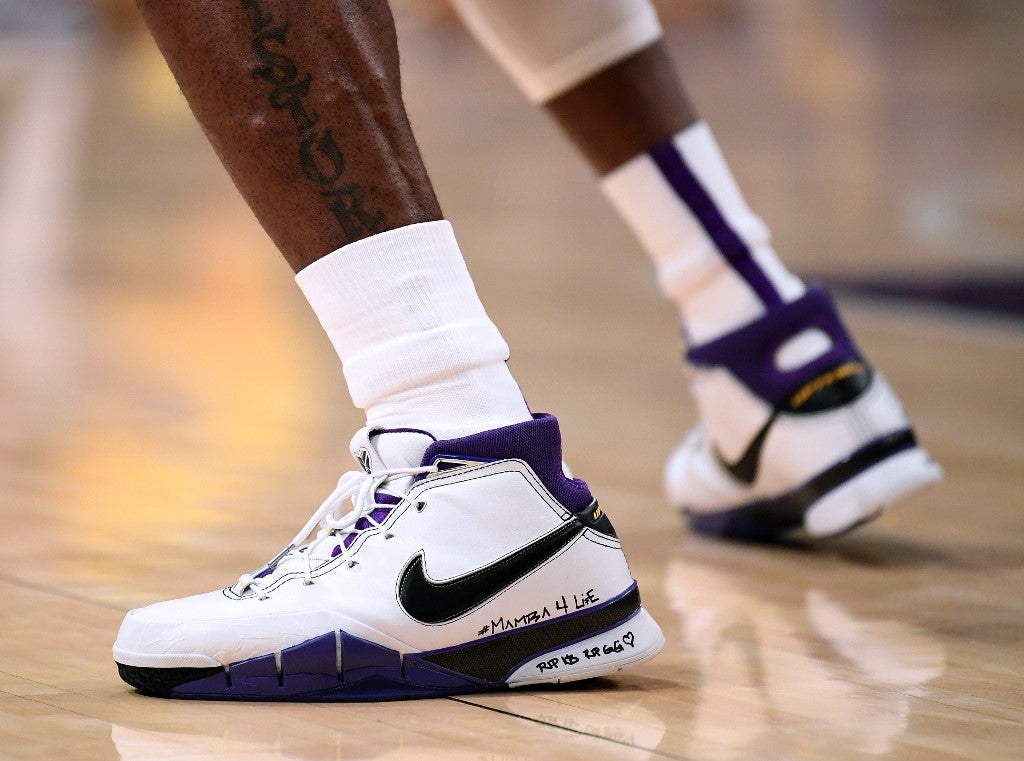 LeBron James of the Los Angeles Lakers wearing the Nike Kobe 1 to honor Kobe Bryant during the game against the Portland Trail Blazers at Staples Center on January 31, 2020 in Los Angeles, California. Harry How/Getty Images/AFP

It’s rare to see LeBron James playing in a different pair of shoes in an NBA game other than his own signature sneakers since he made his NBA debut for the Cleveland Cavaliers on October 29, 2003.

James wore the Nike Air Zoom Generation against the Sacramento Kings and he’s had 16 more sneakers that followed throughout his career as he competes in his 17th season in the NBA, this time in his second year with the Los Angeles Lakers.

On Saturday against the Portland Trail Blazers, however, James decided to switch it up in honor of the late great Kobe Bryant in the Lakers’ first game since Bryant and eight others, which included his 13-year-old Gianna, were killed in a helicopter crash in California on Monday.

The 35-year-old James started the game in the Nike Kobe 1 in the exact colorway when Bryant scored 81 points on the same Staples Center floor before going with the Nike Kobe 5 Protro “Big Stage” in the second half. 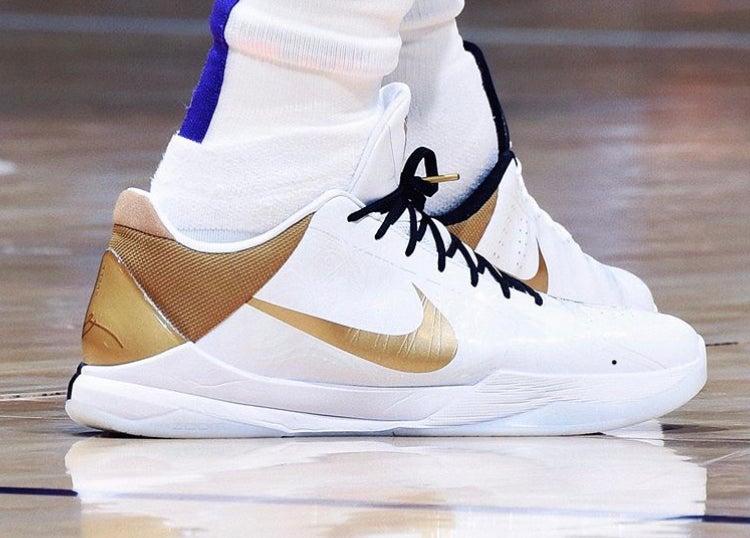 LeBron James honors the late, great Kobe Bryant by wearing the Kobe 5 Protro “Big Stage” in the second half of the Los Angeles Lakers’ game against the Portland Trail Blazers. Photo taken from @brkicks’ Instagram account

An emotional James, who also revealed a black mamba tattoo as another tribute to Bryant hours before the game, had 22 points, eight rebounds and 10 assists in a 127-119 loss to the Blazers.

Tributes continue to pour in for the beloved Bryant not only around the NBA but all over the world.

Bryant, 41, like James, is considered to be one of the greatest players ever. He appeared in 20 seasons and won five championships all with the Lakers.