Folayang thrown off his game by Dutch foe’s height advantage 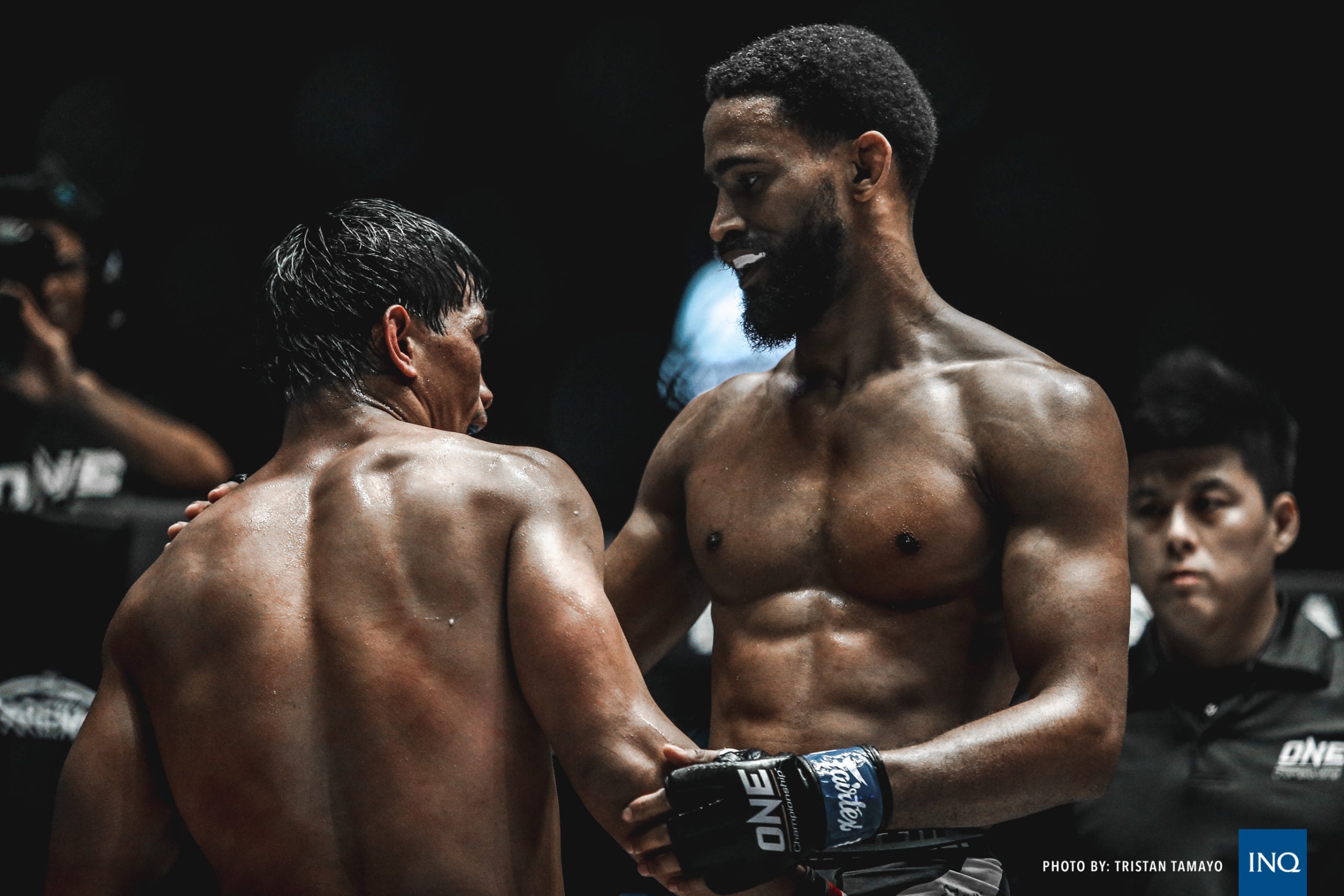 Eduard Folayang vs Pieter Buist in ONE: Fire and Fury. INQUIRER PHOTO/TRISTAN TAMAYO

MANILA, Philippines—Eduard Folayang is considered as one of the bigger lightweights in ONE Championship, but that changed against Pieter Buist.

Folayang had to find ways to close the distance between him and the 6-foot-2 Buist, who was unlike the other fighters in his division who are three or four inches below six feet.

Buist’s reach and physical advantage posed a problem for Folayang as the tall Dutchman came away with a split decision win over the Filipino icon.

“I think my adjustment, my calculations against him were not that good,” said Folayang after their bout in the co-main event of ONE: Fire and Fury. “I wasn’t able to adjust to his reach and height advantage in that short period of time.”

“It was only then in the fight that I realized how tall he is,” added Folayang with a laugh.

Buist’s length showed immediately in the match when he tagged Folayang with a kick to the temple and followed that up with a right straight that forced the Filipino to clinch in the first round.

While the Team Lakay stalwart proved to be the better grappler while connecting on spinning heel kicks, Buist was still able to find the target in the third round and nearly knocked the Landslide out with a well-placed head kick.

“I have to go back and see where I made my mistakes,” said Folayang (22-9) who lost three of his last four fights.

Buist was just a last-minute opponent for Folayang after the 5-foot-11 Ahmed Mujtaba, who was originally set to face the Filipino, pulled out of the fight.

Mujtaba, who was two inches shorter than Buist, was also a natural grappler and it was that style that Folayang prepared for.

“I’m gonna lie if I say this loss isn’t painful,” said Folayang. “I was originally set to face a grappler. We also don’t have someone in the team with that kind of height or reach.”