Okumu gets UP Fighting Maroons core back for ‘one last fight’ 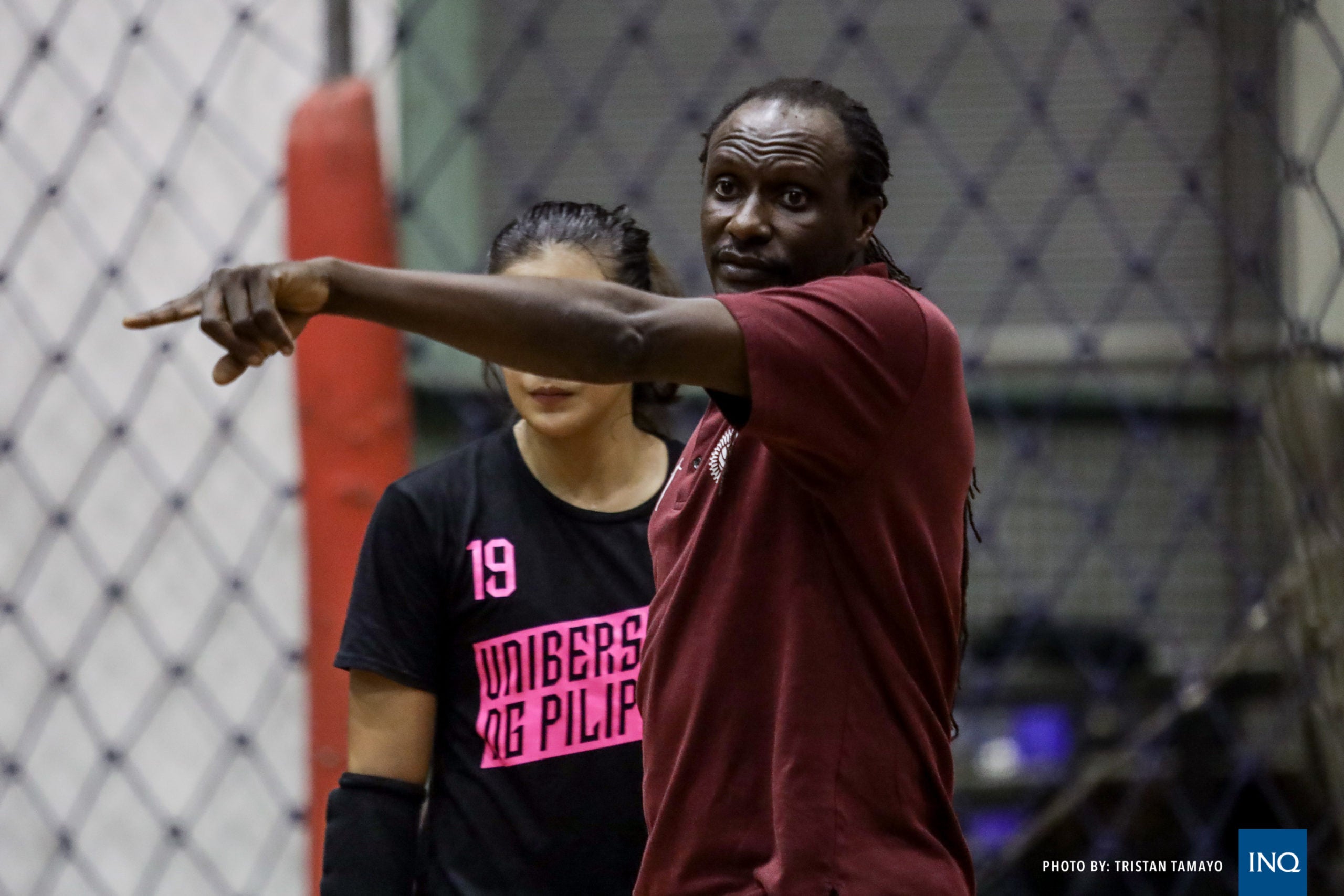 MANILA, Philippines—A cloud of uncertainty loomed over University of the Philippines when it bowed out of the UAAP Season 81 women’s volleyball tournament.

Captain Ayel Estrañero just graduated and seniors Diana Carlos, Isa Molde, and Justine Dorog were all undecided to return for their fifth and final year.

Those doubts, however, were put to and end when the three veterans together with Jessma Ramos, Maristela Layug, and Rem Cailing all came back for the Fighting Maroons’ Season 82 campaign.

“We were talking to them, I spoke to them as well and we explained to them that we wanted to see one last fight,” said head coach Godfrey Okumu. “We did not finish well last season so we want to finish well this year.”

“That’s what we’re back for, and that’s what they came to do, the last fight.”

UP finished Season 81 at fifth seed with a 6-8 record, a disappointing result after a successful off-season where they won titles in both collegiate competitions in the Premier Volleyball League and Philippine Super Liga.

Molde, Season 78 Rookie of the Year, also suffered an injury in the second round to compound UP’s problems.

With the key players back, UP gets another crack at a return to the Final Four—something the team hasn’t achieved since Molde and Diana Carlos were rookies.

“Everybody wants to experience and enjoy that last fight because it’s something you sit back and think about for the rest of your lives,” said Okumu. “Maybe they can tell their friends, their family, and their grandchildren how that last fight was.”

The Fighting Maroons are also looking to erase the bitter memory of Season 81, where it went 6-4 before closing the elimination round on a four-game skid.

“Last year was a hard time, it was a bitter pill for us to swallow,” said Okumu. “After a good start in our first round, the second round became challenging. The part that was left undone, that’s what we’re coming to finish this time around.”