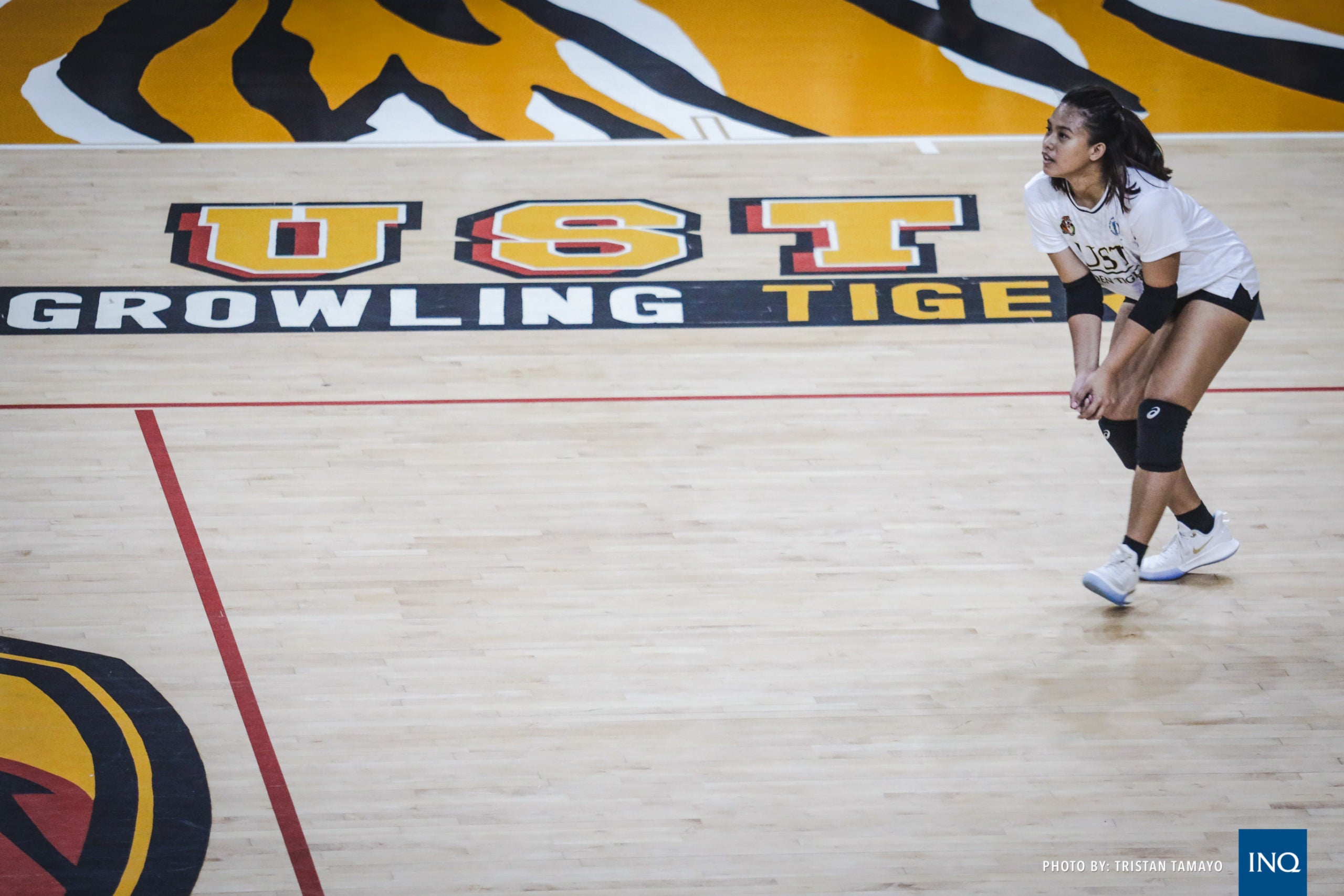 MANILA, Philippines—Being named team captain is already a big responsibility for anyone especially for University of Santo Tomas’ Alina Bicar.

Bicar is not just replacing a former Golden Tigress captain, but she’s assuming the role that once belonged to the iconic Cherry Rondina, an MVP who led UST back to the finals last season.

A incoming fifth-year setter who fought for playing time in 2019, Bicar said she’s already felt the pressure of taking over Rondina’s job.

But make no mistake, Bicar has already embraced the challenge of being the leader of her team.

“I’ll try my best to lead the team and I always tell them that we’re going to work slowly and just go through it every step of the way,” said Bicar. “We’ll work until we continue winning and get to the top.”

Bicar, despite being one of the veterans on the team last season, was underused at the start of the tournament with head coach Kung Fu Reyes opting to start rookie setter Mafe Galanza.

It wasn’t until the latter part of the second round where Bicar found her bearing and proved that she belonged in the starting lineup.

Bicar’s wily plays in the Final Four against La Salle showed she has what it takes to perform under the bright lights.

“Of course I feel the pressure but I know my responsibilities as a captain,” said Bicar, who also shared some of the valuable lessons she learned from Rondina.

“Ate Sisi is a very brave player, she has this fighting spirit and every time we play she’s always had that eagerness to win,” said Bicar. “That’s what I learned from her that no matter what, even if we’re trailing or we’re committing errors, that we will fight.”

“Coach told me that yes I’ll be the one to lead the team, but I still have to act like myself on how I am outside,” said Bicar.