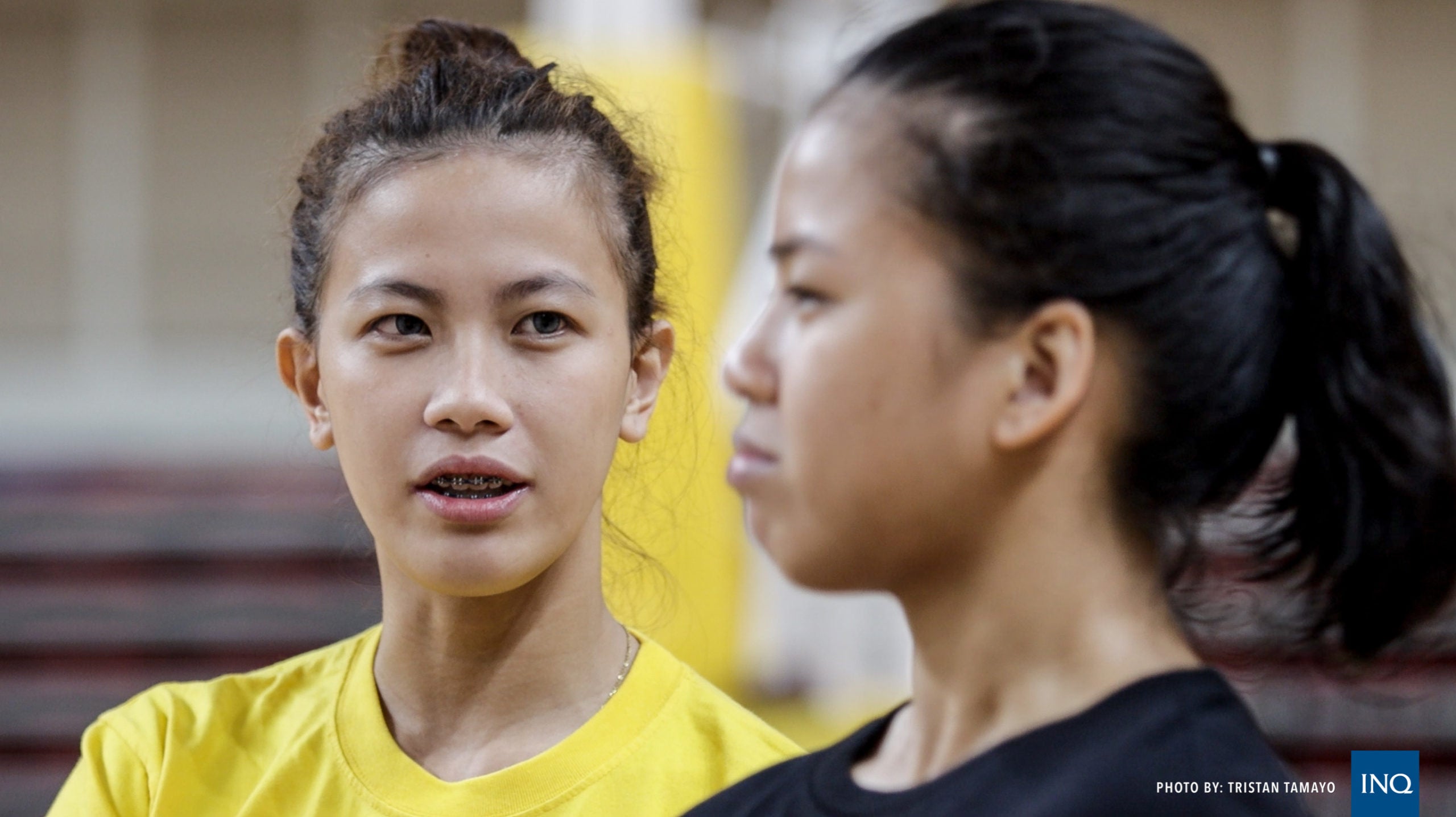 MANILA, Philippines—There will be a lot of getting used to when EJ Laure returns in the UAAP Season 82 women’s volleyball tournament.

She’s been out of the league for two seasons after recovering from injuries and it’s not only her own play that she has to get up to speed with as she’s also set to play with younger sister Eya for the first time in the collegiate circuit.

The last time the two sisters were teammates was when they were still in high school with EJ being the wing spiker and Eya tossing her the ball as the setter.

What’s different now is both sisters are offensive threats and EJ said that playing with Eya will definitely be an adjustment.

“When she was my teammate in high school, she was a setter so this is a really big difference,” said EJ in Filipino. “Now she’s more of a power player, she’s a spiker, and knowing her she’s really a very competitive player.”

Both EJ and Eya won the MVP and Best Attacker awards in high school, the Rookie of the Year in college, and both were also chosen as national team players.

EJ took home the Best Server and Best Receiver awards in high school while Eya nabbed the Best Setter and the Best Opposite Hitter, twice, during her secondary education.

If Eya has the more versatile game in offense, EJ knows she’s got the advantage on defense.

The younger of the two Laures, though, is eager to prove to her older sister that she’s gotten better on the defensive side of the game.

“Actually, ate EJ would laugh at me before when it comes to defense so now I’ll show to her that I’ve improved,” said Eya who’s gained valuable experience when she represented the Philippines in the 2019 Southeast Asian Games.

“I went through a lot in the SEA Games, so I’ll be bringing what I learned from my ates there in the national team to the UAAP,” said Eya.

EJ, who was part of the national team in the 2015 Asian Women’s U23 Volleyball Championship, admitted that her absence from the UAAP did diminish her game and that she’d rely on Eya to help her regain her top form once the competition starts.

“Since I was gone for two years, I really don’t have a firm grasp of the game anymore,” said EJ. “So I expect Eya to really carry me in terms of how we move inside the court and it helps that she’s been in the finals last year.”