Kouame among many names part of Gilas’ naturalized player pool 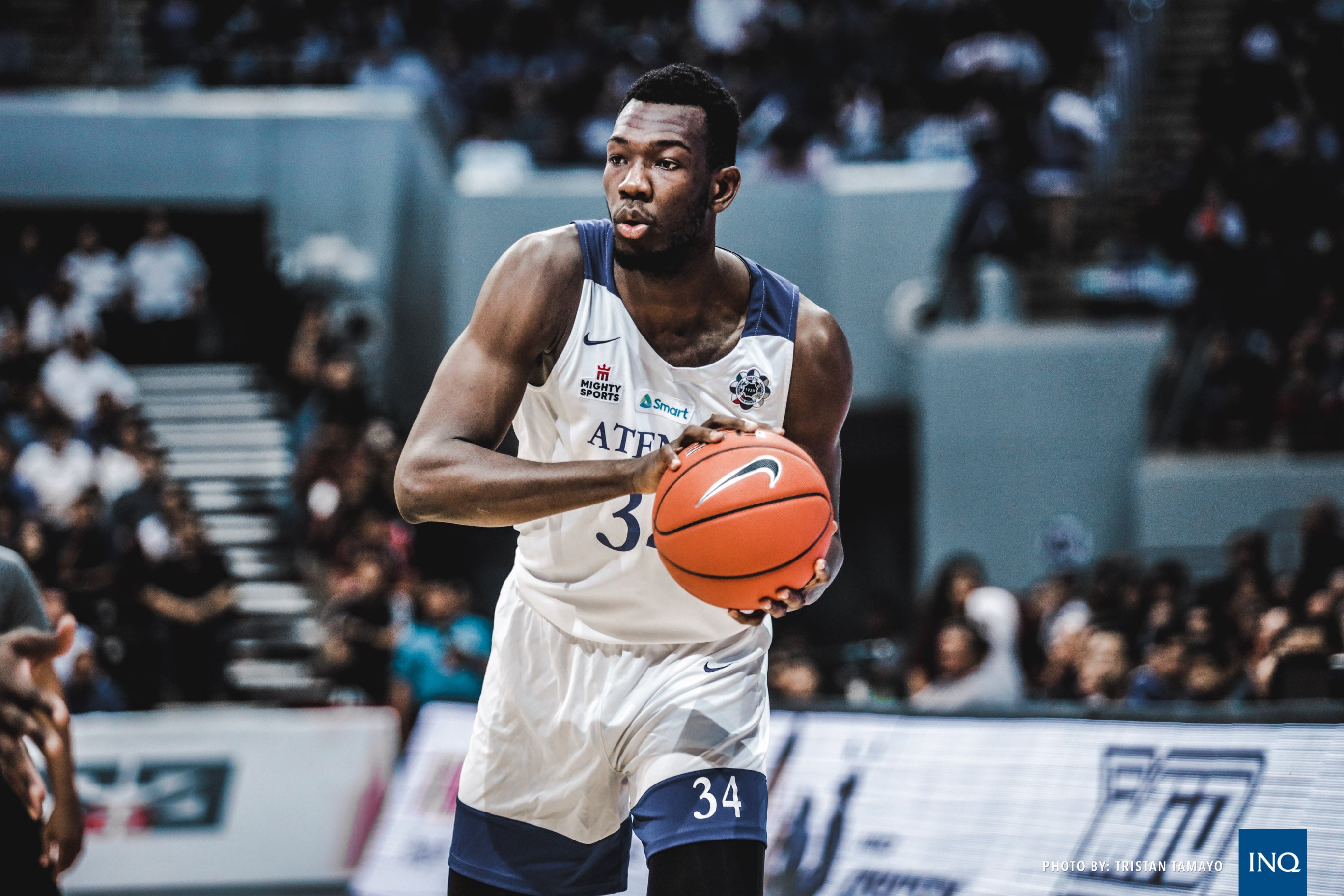 “I think the key phrase is we’re trying to make a pool of naturalized players,” he told scribes Sunday night shortly after the pool’s practice at Meralco Gym in Ortigas.

“A lot of (those) are not public right now,” he added. “There’s no real reason to make them public because we don’t know what the outcome will be. We don’t want to prejudice anything and create issues where there aren’t issues.”

Baldwin stressed that the move to target multiple players is to work around availability issues, whenever Gilas Pilipinas plunges into action.

Kouame, who hails from the Ivory Coast, could be one of the cogs in that machine that hurdles such an obstacle.

“With the new Fiba setup, it’s always going to be a challenge to get the availability of professional guys—whether they’re NBA or they’re playing Europe or anywhere else in the world,” he added.

“Ange would give us that opportunity of having a guy that’s pretty much available until he goes pro,” the former Gilas mentor pointed out.

The 20-year-old 7-footer helped the Blue Eagles to three titles in the UAAP and has expressed his interest in representing the Philippines.

“There are a lot of complications these days with the naturalized player. Nonetheless, what we want to do is we want to have multiple players to select from,” said Baldwin.

“Step-by-step, we hope to take care of these issues,” he added.