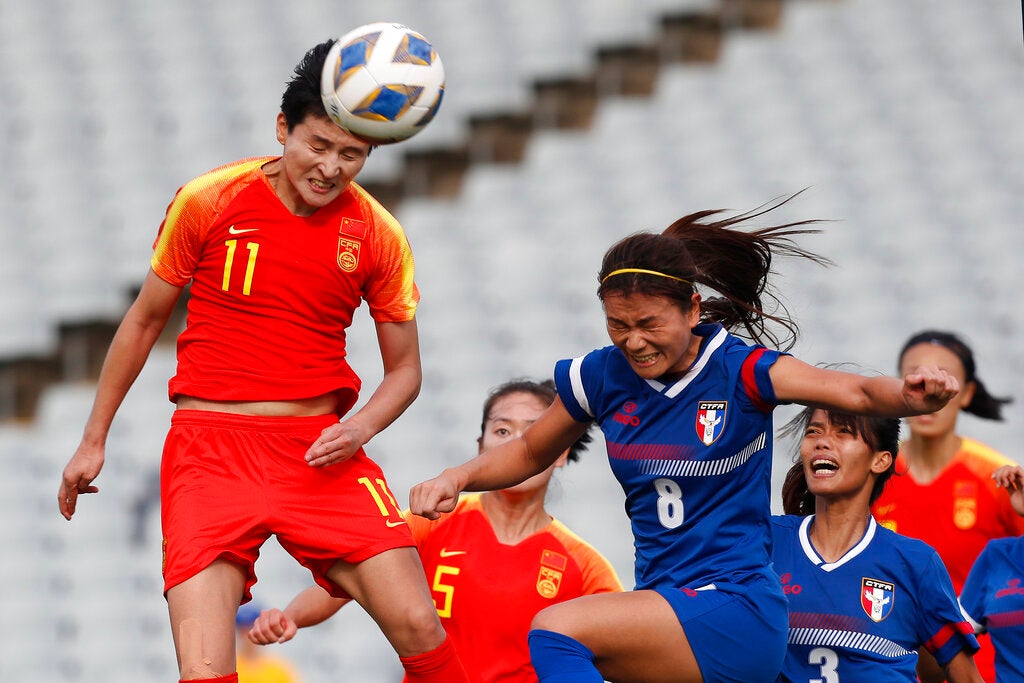 SYDNEY — The Chinese women’s football team has won back-to-back games in the Olympic qualifying tournament after spending almost two weeks quarantined in an Australian hotel because of concerns over the coronavirus outbreak.

China and Australia will meet Thursday to determine top spot in Group B. Both teams are already assured of advancing to home-and-away playoffs against the top two teams from Group A for two places at the Olympics.

Tang Jiali opened the scoring in the fifth minute against Taiwan before Wu Haiyan’s goal in the 25th sparked a four-goal burst in 10 minutes, including a pair from Wang Shanshan, to take control of the game.

Jia Xiuquan, head coach of China’s women’s team, was impressed with the wins.

“We have faced some difficulties since we arrived here in Australia,” Jia was reported as saying by Australian Associated Press. “The team are not in the best shape but we are strong in mentality and we are strong in teamwork.”

China had been scheduled to host the qualifiers in Wuhan, the epicenter of the deadly viral outbreak, and then in Nanjing before the tournament was re-located to Australia for health and safety reasons.

The squad and staff spent almost two weeks confined to a hotel in Brisbane, Queensland state, before arriving in Sydney on the eve of their match against Thailand.

The viral outbreak that began in China has infected more than 40,600 people globally. China reported 908 deaths among 40,171 confirmed cases on the mainland.

More than 440 cases have been confirmed outside mainland China, including two deaths in Hong Kong and the Philippines.