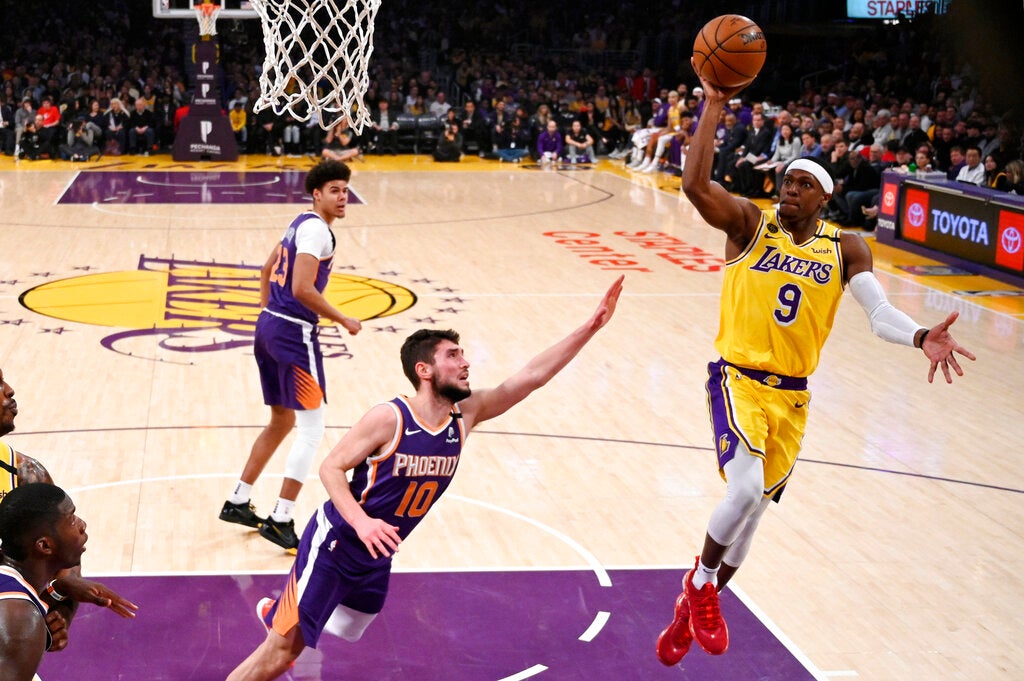 LOS ANGELES — Rajon Rondo scored a season-high 23 points, Anthony Davis added 25 points and 10 rebounds, and the Los Angeles Lakers rolled to a 125-100 victory over the Phoenix Suns on Monday night.

The Lakers had dropped three of their last four at Staples Center but didn’t have any problems against the Suns. Los Angeles put the game away in the second as Rondo scored 15 points in the quarter. It was only the fifth time in Rondo’s 13-year career he has scored 15 or more in a period.

LeBron Davis had 17 points, nine assists and eight rebounds in 30 minutes for the Lakers, who have won four of their last five.

Both teams started out hot in the first quarter. The Lakers made 10 of their first 13 from the floor and the Suns were 9 of 13 as there were 18 lead changes and four ties in the first 12 minutes.

Los Angeles led 32-30 at the end of the first quarter before breaking it open in the second with an 18-4 run as it made eight of its first nine shots. Rondo scored the first eight points in the period, including a pair of 3-pointers.

The Suns trailed 61-52 at halftime and got within 63-57 early in the third quarter on Cameron Johnson’s 3-pointer. The Lakers scored the next six points and would extend their lead to 27 during the fourth quarter.

Suns: Deandre Ayton did not play after injuring his left ankle in Saturday’s loss to Denver. The second-year center and 2018 No. 1 overall pick has played in only 23 games this season but was averaging 22.6 points and 11.9 rebounds in his last seven games. Ayton had a 25-game suspension earlier this season after testing positive for a banned substance and also missed five games due to a right ankle injury.

Lakers: Avery Bradley had 12 points and has scored in double figures in five of the last six games. He is also 11 of 15 on 3-pointers over the past three games. … Kentavious Caldwell-Pope added 13 points and Dwight Howard grabbed 15 rebounds. … Coach Frank Vogel (second quarter) and Howard (third quarter) received technical fouls.

Suns: Host Golden State on Wednesday. The teams split their first two meetings this season but Phoenix has lost nine straight at home to the Warriors.

Lakers: Travel to Denver on Wednesday. The 128-104 win by the Nuggets on Dec. 22 was Los Angeles’ second-biggest loss of the season.

Sandigan acquits Pichay, 2 others of graft over sponsorship of chess match