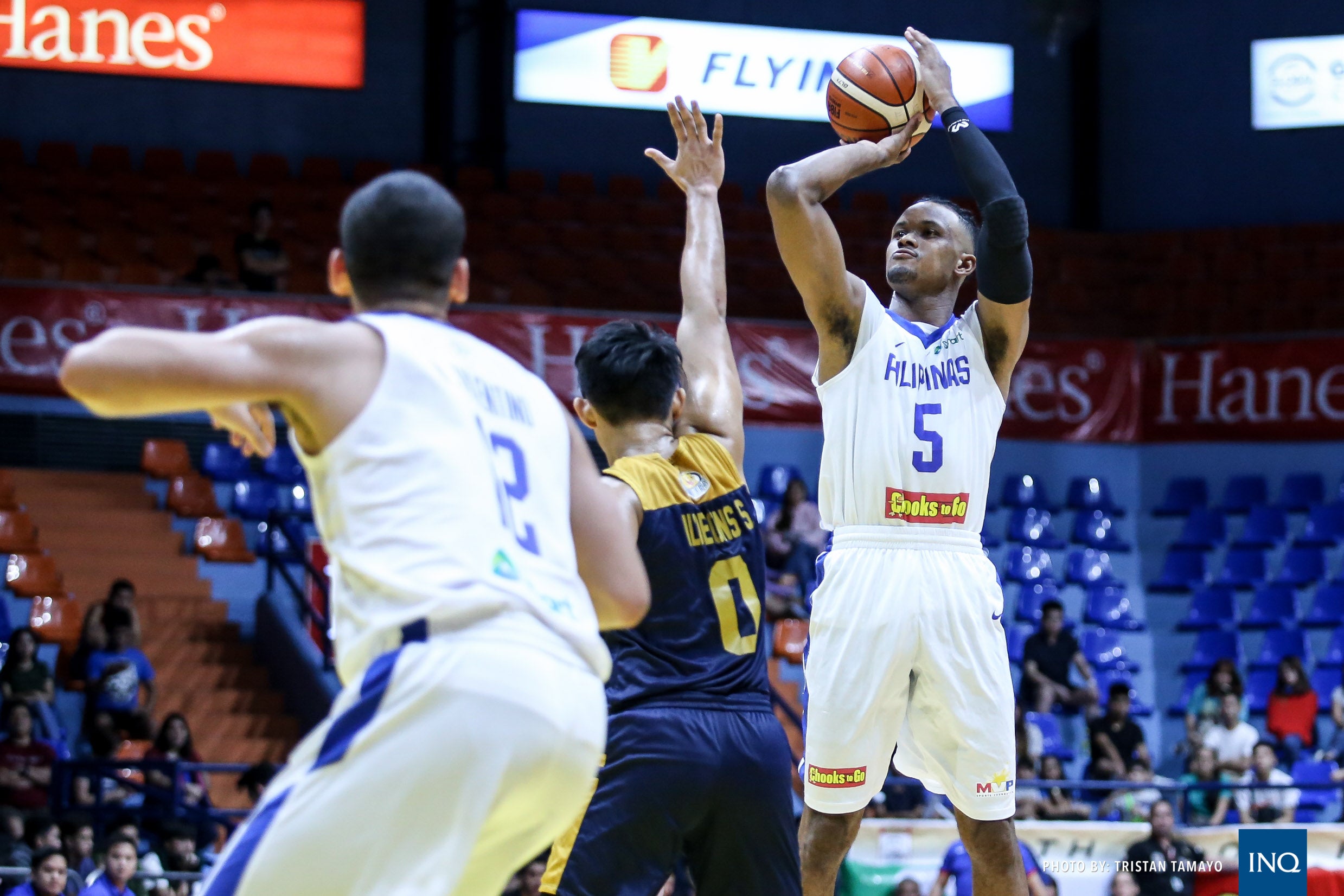 MANILA, Philippines–Abu Tratter drew praises from coach Mark Dickel after he showed up for  Gilas Pilipinas practice for the first time since getting called up earlier this week.

“He has improved a whole lot in just one year. Credit to his coaches at Blackwater and Alaska, they’ve done a really good job with him,” the interim mentor said of his newest ward shortly after practice Friday night at Meralco Gym in Ortigas.

The Alaska bruiser reciprocated the compliment, saying that he is excited by the talent pools’ crop of youngsters.

“There’s a bit more swagger to them now that they’ve made names for themselves in the UAAP and NCAA,” he added.

Tratter, a part of the La Salle Green Archers squad that won the UAAP crown in 2017, was able to play against amateur stars Thirdy Ravena and Juan Gomez de Liaño among others.

“Seeing them now makes me excited. These guys are still young, and they’re not even in the pros yet they’re already holding themselves to a high standard,” he said.

Tratter was a boy among men when he was tapped to serve in the second window of the World Cup qualifiers.

“I can only think of when I was in college. I came here and I was just starry-eyed seeing June Mar (Fajardo) and everybody. I’m guessing they have the same experience right now,” he said.

“They’re starry-eyed, too, but I think they are going to do well.”