Misfiring Tolentino hopes to learn from loss to La Salle 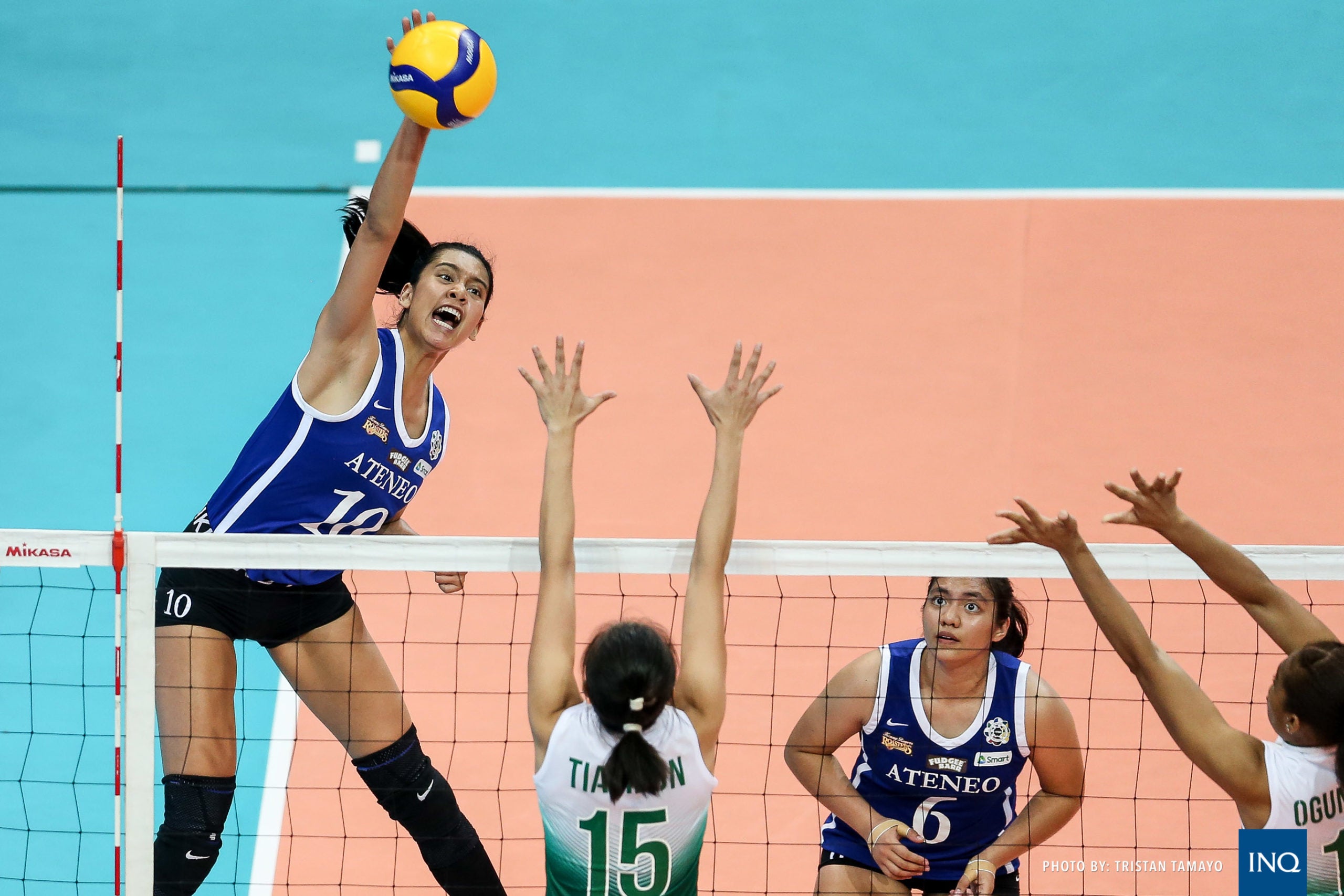 MANILA, Philippines—There were a lot of things that didn’t go right for Ateneo in its four-set loss to De La Salle in the UAAP Season 82 women’s volleyball tournament and none bigger than Kat Tolentino’s offensive struggles.

Tolentino, Season 81’s Best Opposite Spiker, had an abysmal offensive showing with only six points on a disappointing 5-of-41 conversion on spikes and she said it due to her impatience which affected her composure.

“For me, I’ll learn to have more patience in my hitting and focus on that first.”

But it wasn’t just Tolentino, who couldn’t find the target with her entire team hitting just 33 of their 154 spikes.

The Lady Spikers, meanwhile, converted 53 of their 166 spikes.

Tolentino said that facing La Salle’s defense was something she has to learn from especially since she’s already in her final playing year.

“It’s the same La Salle team that I always play against and they have a good block and defense,” said Tolentino. “They know exactly where we’re going to hit so it’s good for them. This is just something that I should learn from.”