'I play for the fans': LeBron won't play in empty arena | Inquirer Sports

‘I play for the fans’: LeBron won’t play in empty arena 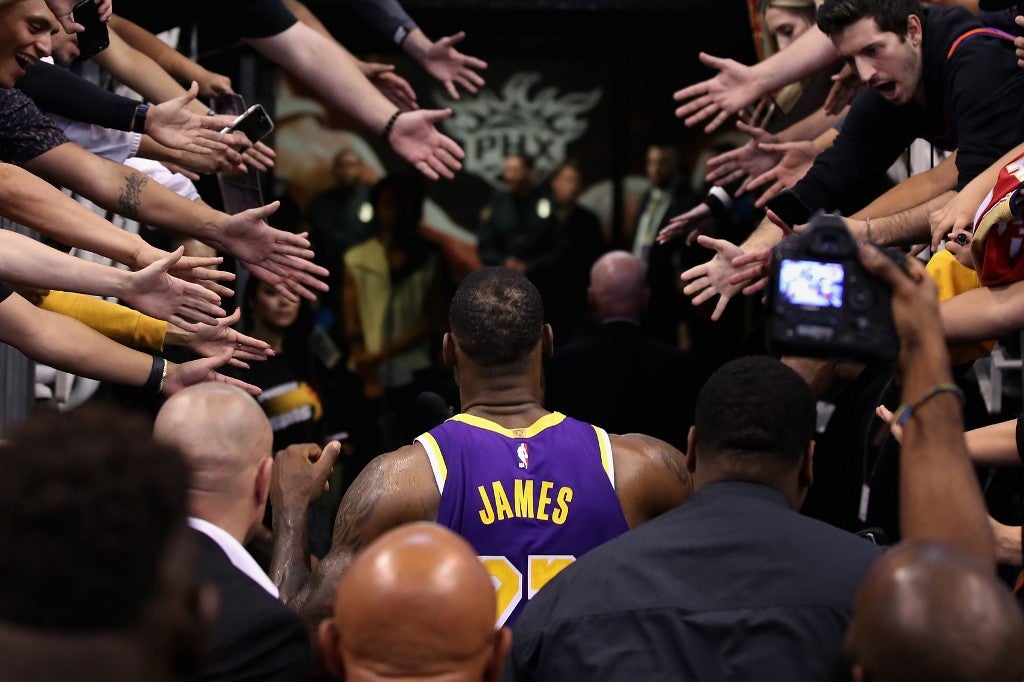 NEW YORK — The NBA wants its teams to prepare to play games without fans if necessary because of the coronavirus crisis, but LeBron James already says he won’t play basketball in an empty arena.

The league circulated a memo to its teams Friday telling them to prepare in case it becomes necessary to play games without fans or media, as sports leagues in Europe have already done. The memo detailed potential actions that teams might need to take “if it were to become necessary to play a game with only essential staff present.”

But when James was asked about that possibility after he scored 37 points in his Los Angeles Lakers’ 113-103 win over the league-leading Milwaukee Bucks on Friday night, the NBA’s leading active scorer was definitive.

“We play games without the fans? Nah, that’s impossible,” James said. “I ain’t playing if I ain’t got the fans in the crowd. That’s who I play for. I play for my teammates, and I play for the fans. That’s what it’s all about. So if I show up to an arena and there ain’t no fans in there, I ain’t playing. They can do what they want to do.”

The memo, obtained by The Associated Press, says teams should identify which team and arena people would be necessary to conduct games, and be able to communicate quickly with non-essential staff, as well as ticket holders and corporate partners.

Teams should also be prepared “for the possibility of implementing temperature checks on players, team staff, referees, and anyone else who is essential to conducting such a game in the team’s arena.”

Contents of the memo were first reported by The Athletic.

The letter also says teams should plan for scenarios in which media could attend games under revised media policies.

The league had already sent a memo to teams this week offering 10 recommendations to players with hopes of decreasing risks of getting the virus — among them, not taking items such as pens, markers, balls and jerseys from autograph seekers.

An NCAA Division III men’s basketball tournament game on the campus of Johns Hopkins University in Baltimore, Maryland, was played in an empty gym Friday in what was believed to be the first U.S. sports event held without fans because of the coronavirus, though an NCAA COVID-19 advisory panel said it is “not recommending cancellation or public spacing of athletic and related events scheduled to occur in public spaces across the United States.”