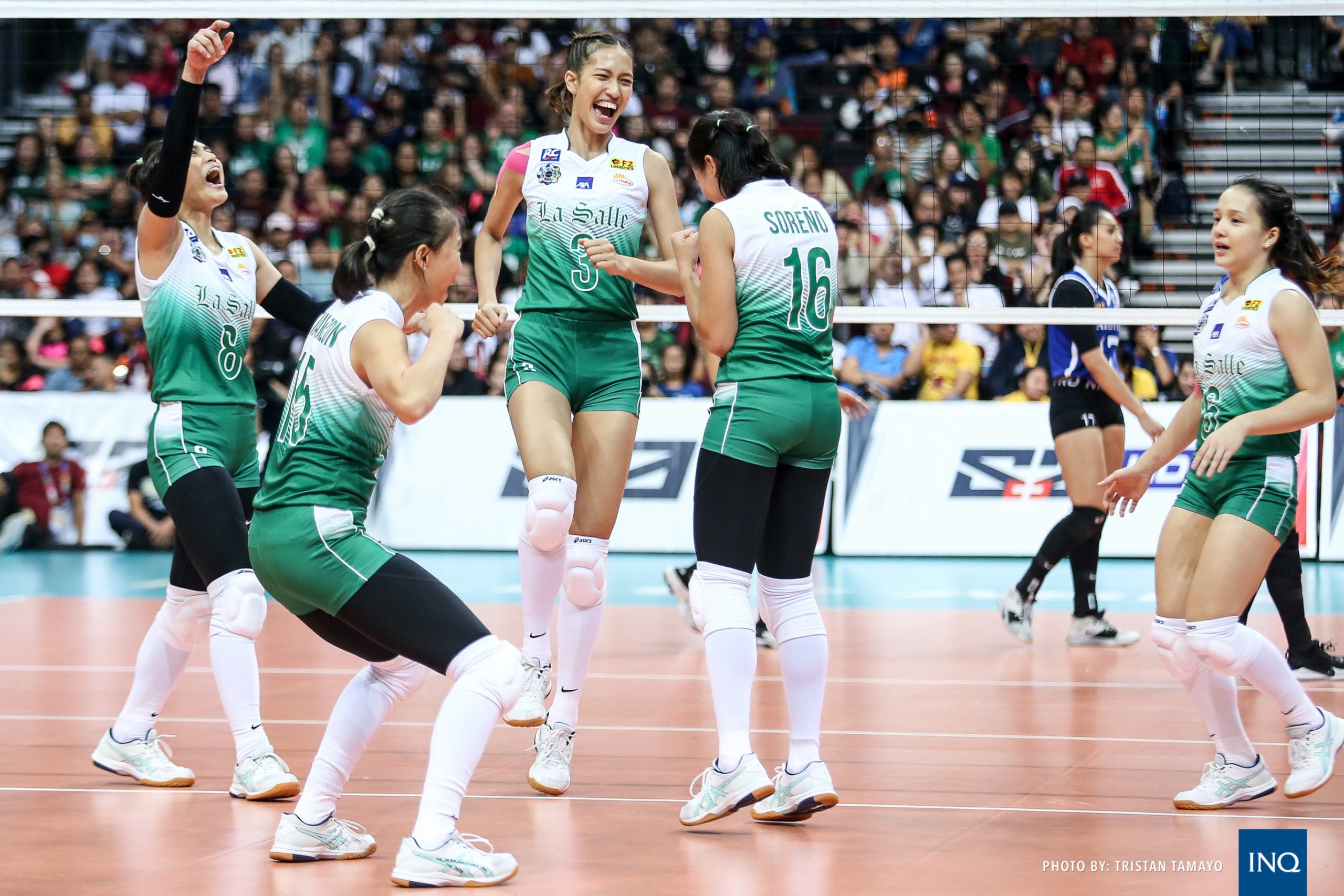 MANILA, Philippines—Thea Gagate had a collegiate debut to remember for De La Salle in the UAAP Season 82 women’s volleyball tournament Saturday at Mall of Asia Arena.

Not only did the Lady Spikers face rival Ateneo with a delirious crowd cheering every moment, Gagate also had to play against her former high school teammates at Nazareth School of National University in Faith Nisperos and Mae Doromal.

“It feels amazing because this rivalry is already going on for a long time and we’ve been preparing for this game too so it feels good to accomplish our goal,” said Gagate in Filipino Saturday at Mall of Asia Arena.

“There was already pressure when they announced the lineups because the expectations were high especially for me. Once the games started, though, I didn’t think much of it and I just played.”

And while many are shying away from heavy expectations, Gagate is embracing the challenge.

“I feel like he’s expecting me to get many blocks since I have the height and I can reach higher than my ates, so I think that’s the number one requirement,” said the 6-foot-4 Gagate.

“They don’t talk to me and I think they don’t want to. I also don’t know,” said Gagate. “But since they were my teammates for three years so I know how Faith plays.”

This familiarity allowed the Lady Spikers to make life difficult for Nisperos, who really had to work hard for a 13-point outing, 10 of those off 33 spike attempts.