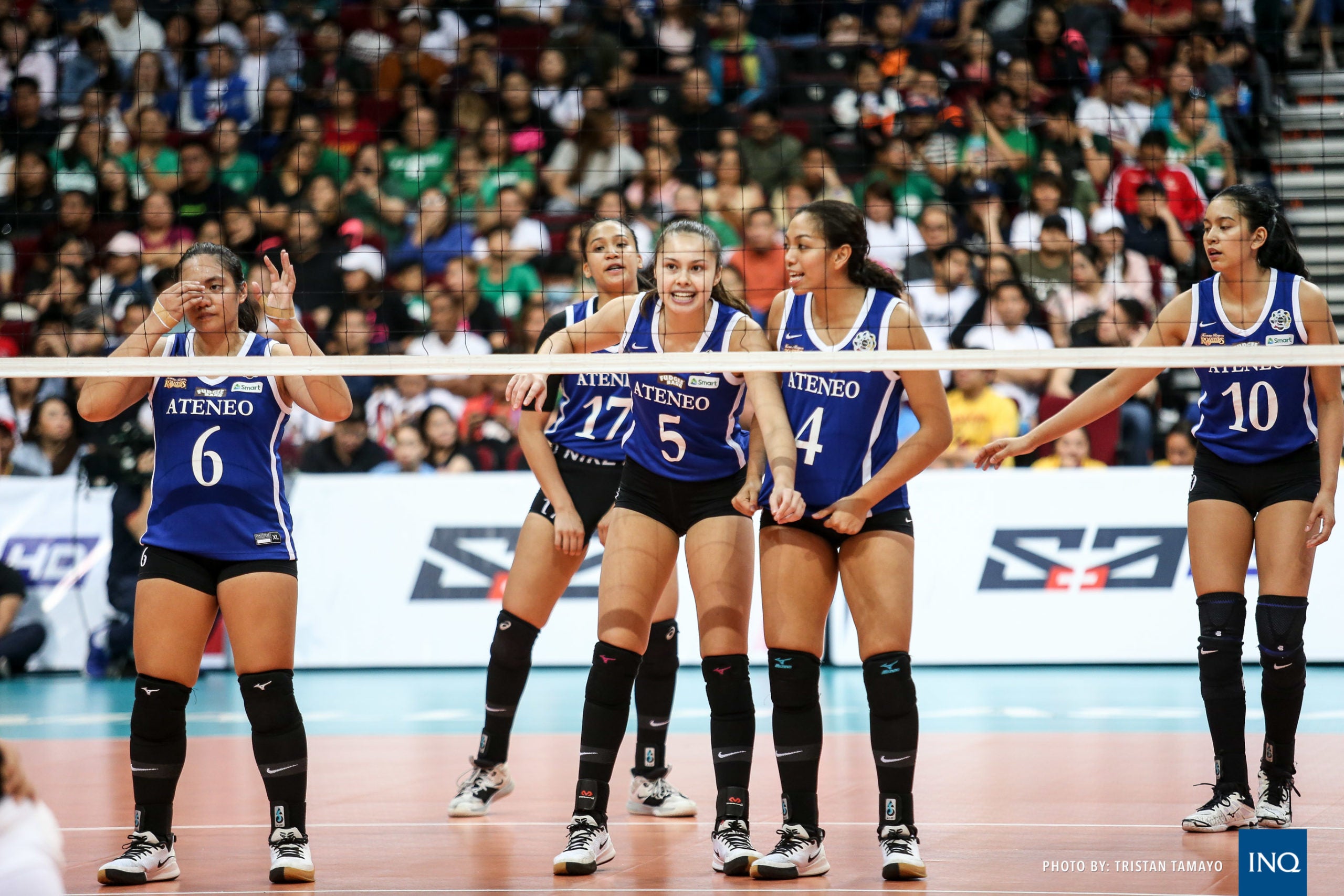 MANILA, Philippines—Ateneo’s title defense hit an early bump after it suffered a disappointing loss to De La Salle in just its second game in the UAAP Season 82 women’s volleyball tournament.

Losing is part of the game, but falling to a longtime rival in such a brutal fashion stings more.

“Of course, this hurts because an Ateneo-La Salle game is always a big deal but this is just one game,” said Ateneo head coach Oliver Almadro after the Lady Eagles’ 25-17, 17-25, 25-17, 25-15 defeat. “But one game or two won’t determine the character of the team. What’s important is we really go back to our purpose, we really have to recall the character we want.”

Ateneo got dominated by La Salle in nearly every department, with a 53-33 advantage on kills, 10-6 edge in blocks, and 4-2 lead in service aces.

La Salle’s 33 errors may have been a disastrous mark for them but it was a welcome respite for the Lady Eagles, who had difficulty breaking La Salle’s defense.

Almadro said that the loss sent them back to look at themselves and reflect on what they should do moving forward after falling 1-1 in the win-loss column.

“We have to take a look again, look back, and go what our real purpose is,” said Almadro. “I asked them ‘do we just want to win one game or two in UAAP?’ We really have to go back and examine ourselves to find the right character the we really want.”