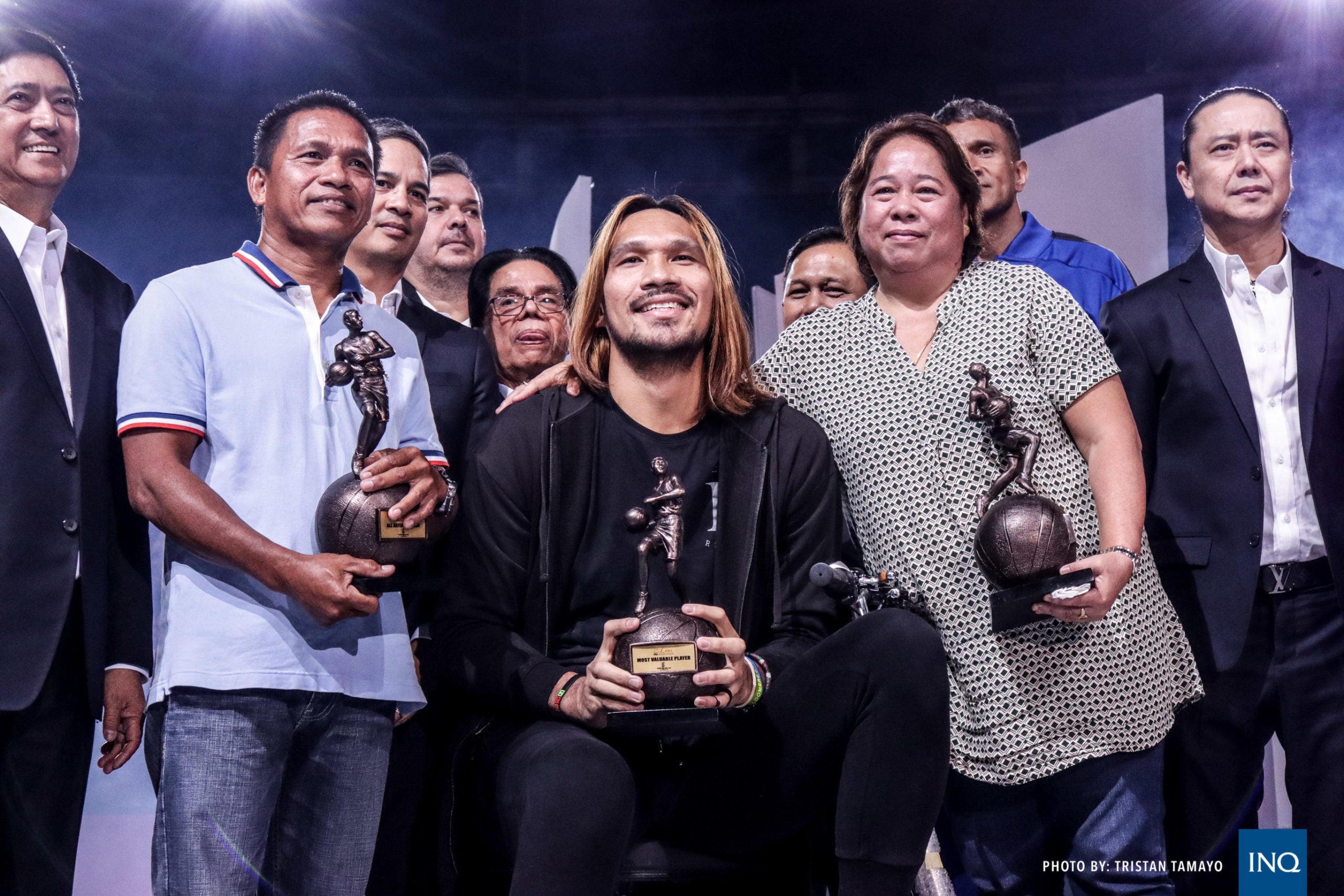 MANILA, Philippines — It was, by far, the most stylish entrance by a PBA Most Valuable Player awardee.

Still recovering from a shin injury, San Miguel center June Mar Fajardo entered the court in style, riding a mobility scooter on his way to picking up a record sixth straight MVP award Sunday in the PBA Leo Awards at Smart Araneta Coliseum.

Perez collected two other trophies, winning Rookie of the Year award and making the All Defensive team.

Fajardo also bannered the Mythical first team, which is composed of Castro, Standhardinger, Perez and Sean Anthony of Northport.

It marked the first time that Anthony, a 10-year-veteran, made the first team. He was also named to the All-Defensive team with Fajardo, Japeth Aguilar of Ginebra and Chris Ross of San Miguel.