Simone Biles on 2021 Olympics: 'Nothing is set in stone' | Inquirer Sports 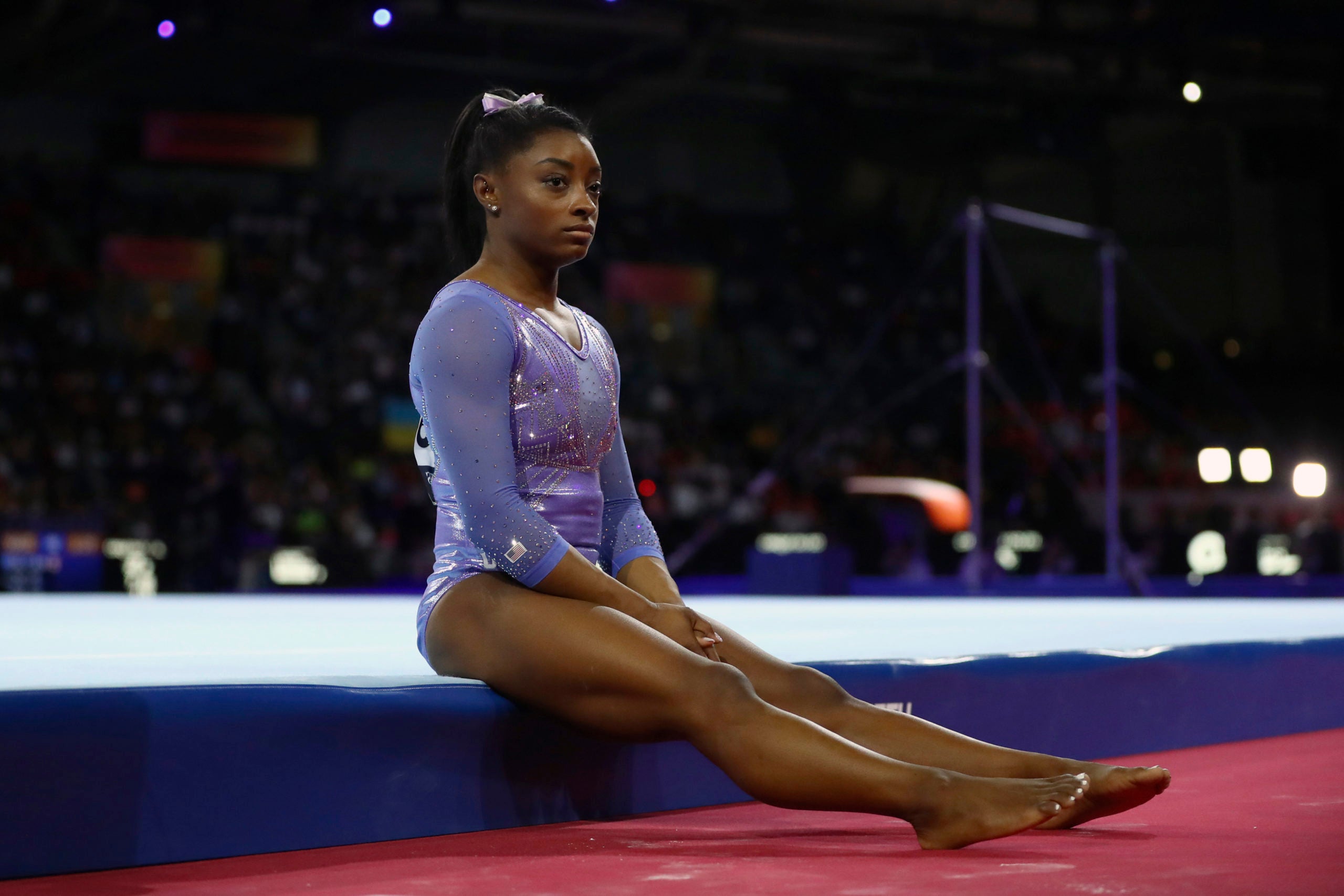 FILE – In this Oct. 13, 2019, file photo, gold medalist Simone Biles of the United States waits to perform on the floor in the women’s apparatus finals at the Gymnastics World Championships in Stuttgart, Germany. Biles is pressing on to the 2021 Olympics. While she’s confident her body will be fine next summer, she is concerned about the mental toll of another year of training. (AP Photo/Matthias Schrader, File)

There’s a large whiteboard calendar on a wall inside the massive gym owned by Simone Biles’ family that outlines every major gymnastics event of the year, the 2020 Olympics included.

When the Tokyo Games were officially postponed to the summer of 2021 due to the COVID-19 pandemic, one of the reigning Olympic champion’s coaches ran over to the calendar and erased all of it.

While many other high-profile athletes came forward in the aftermath of the postponement, Biles needed some time to collect herself and figure out a way forward.

“It’s a letdown,” Biles told The Associated Press in a phone interview Wednesday. “It’s hard to keep looking at that like, ‘We have another year.’”

Probably. When asked if she is definitely planning to push toward Tokyo despite the delay, she stopped short of an unqualified yes.

“Well, nothing is really set in stone yet,” Biles said. “We’re trying to figure out the right training regiment just so mentally and physically we can try and stay on top of our game. We’re just playing it by ear and really just listening to my body.”

If the most decorated female gymnast of all time is being honest, she was really looking forward to a break come mid-August. She’d been doing a countdown of sorts in her mind since she returned to competition in 2018. Having to hit reset isn’t easy.

“I was just mentally battling my mind and I was so ready and not mentally checked out, but I was ready after three months to be done,” Biles said. “That’s a lot to take mentally.”

For those who point out “it’s just another year,” she has a counterpoint: She’s spent most of her life in the gym since she was in elementary school. The light at the end of the tunnel was growing bigger by the day. Now it’s not.

“A year is a lot for elite athletes,” she said. “It feels more than a year on your body, trust me. Especially gymnastics, the impact we take. It’s your whole entire body, it’s not just your legs or your feet or your arms, we have to make sure your whole body is in check.”

In a way, Biles is leaning on the process that guided her following a 15-month break after the 2016 Olympics. Back then she was careful not to rush into anything, stressing she was just going to see what happened when she went back into the gym in the fall of 2017. She needed to figure out why she was there in the first place. Eventually she did, pushing her sport closer to the mainstream in the process, one boundary-pushing routine at a time. Her performances have become can’t-miss events, her smiling face a fixture at the end of every NBC Olympic promo.

“I feel like there is kind of pressure,” Biles said. “This year I was just doing it for me, no expectations. Now it’s all eyes again on you, wondering, ‘Can she do it, now she’s a year older?’ You’re like, ‘oh shoot.’”

World Champions Centre, the Houston-area gym her family runs, is closed, forcing her to come up with workouts that will keep her body engaged for whenever she’s cleared to return to training. She has no plans to try to slip through the back door when no one is looking.

“I know some people who are like, ‘I’m going to sneak in the gym and take the fine,’ this or that,” Biles said. “It’s your health and your safety, you have to be careful around other people.”

The silver lining in the postponement is that it’s allowing her body to recover from an unrelenting training schedule, though she admits there have been adjustments along the way.

“Some days, (my coaches) will be like: ‘Well she’s not doing that. Let’s condition some more, let’s do some basics,’” Biles said.

The post-Olympic tour she plans to headline is also being pushed back a year, and Biles stressed she remains committed to it if she makes it through Tokyo healthy. The tour is designed to be fun, a release. The Olympics, by comparison, require more dedication and more precise planning.

The postponement left her drained. The next step is making sure she can regain the spark that’s made her one of the most celebrated athletes of the entire Olympic movement.

“It will be mentally challenging pushing for another year because we mentally prepared all of those tactics for this year,” she said. “To take your foot of the gas and reset, it’s hard because I was emptying my gas tank and we need to find ways to fill that back up.”