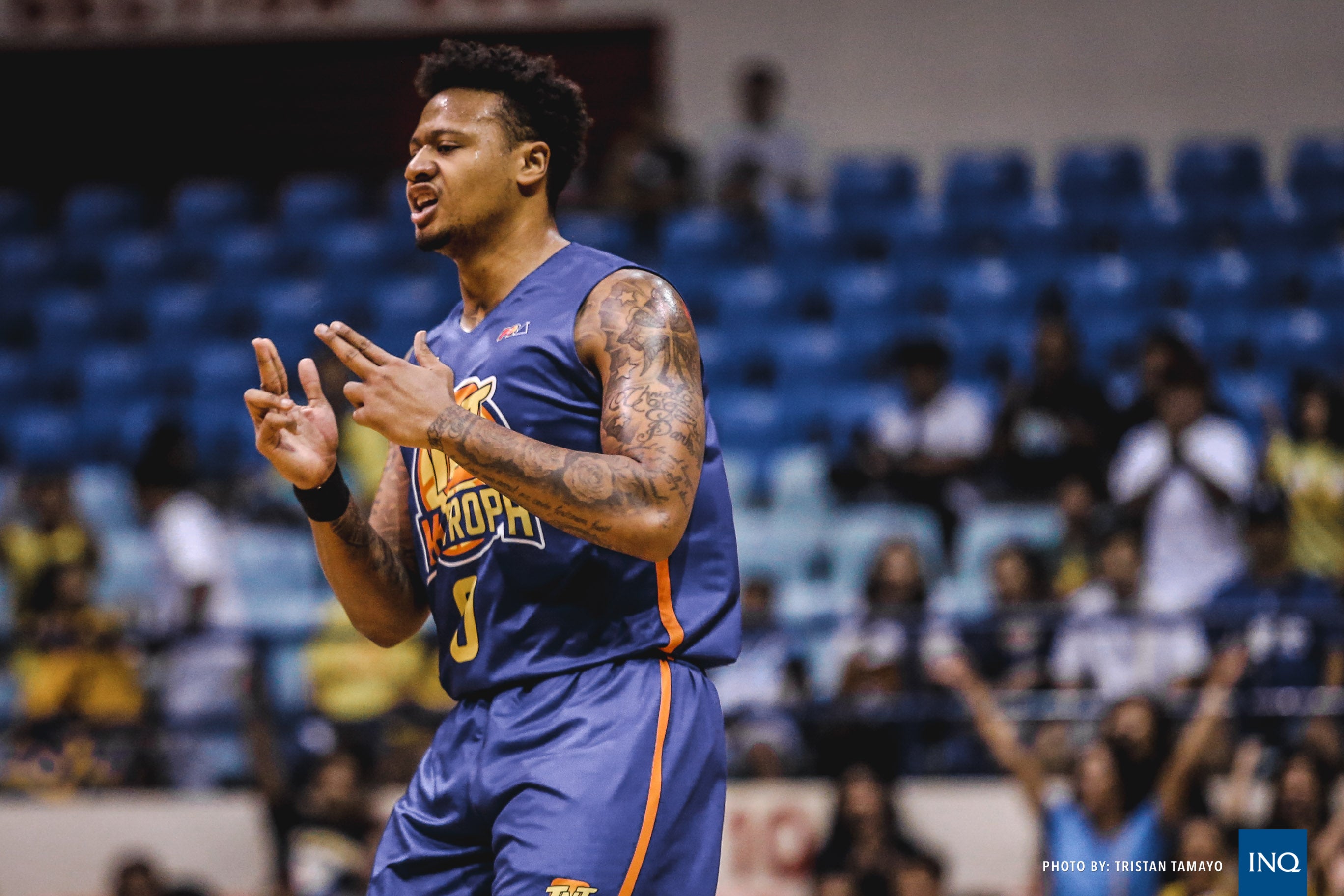 MANILA, Philippines—There may be uncertainty surrounding the resumption of the PBA, but that hasn’t stopped Ray Parks Jr. from setting his goal for the year.

Parks, who recently signed a one-year extension with TNT after contract stalemate, said he wants to be recognized as the league’s best defensive player this year.

“I’m going for defensive player of the year. Yes, I said it. Goal set. Now continue to work,” said Parks in a tweet Monday night.

Im going for defensive player of the year. Yes i said it. 😤 Goal set. Now continue to work.

The 2018 Rookie of the Year will have to wait a bit longer to set his plan in motion with the PBA on indefinite hiatus due to the coronavirus pandemic that has forced Luzon into a lockdown.

If or when the league resumes, it will be played with shortened one or two conference season. In an earlier Inquirer report, sources said the PBA will definitely re-start with the Philippine Cup.

But despite the lull in hardcourt action, Parks vowed to continue the grind to reach his new goal.

Parks’ renewed determination could go along way for TNT, which acquired the versatile guard from Blackwater—where he averaged 20.1 points, 5.0 rebounds, 3.6 assists, and 1.6 steals—late last season.

He normed 12.2 points 6.4 boards, and 3.6 assists at the KaTropa in the season-ending conference.