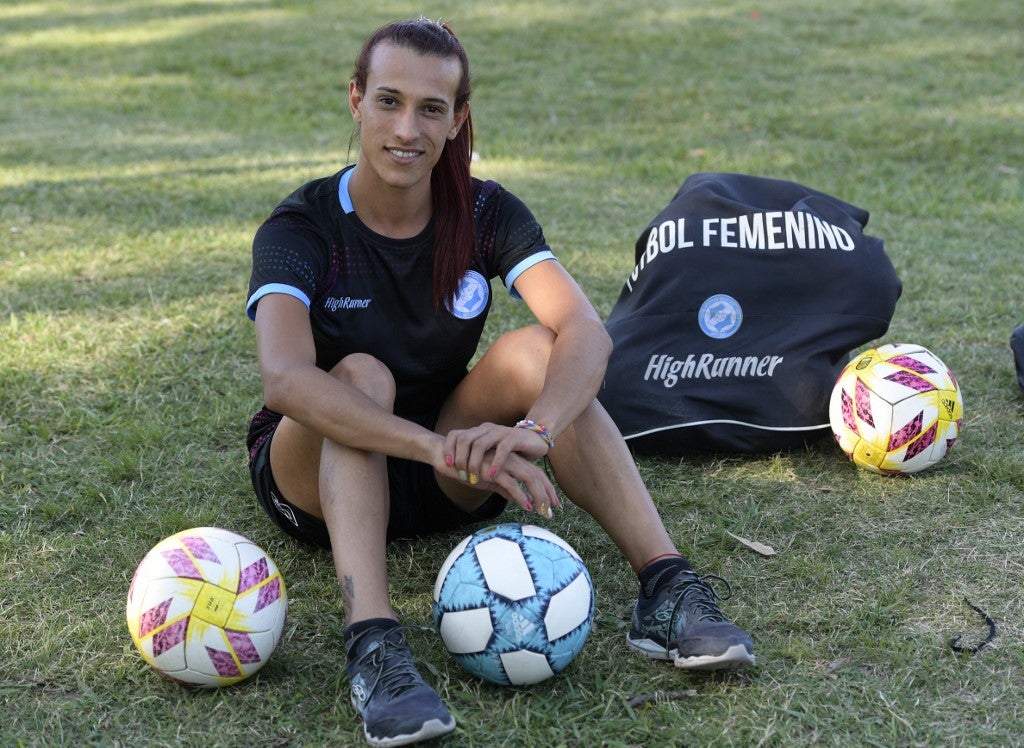 Out on the pitch, they finally can feel like themselves.

In addition to the sheer joy that football brings them, Mara Gomez and Marcos Rojo have the extra satisfaction of knowing that after a long and difficult journey, they are blazing a trail for transgender players in Argentina.

Tall, slim and with her hair tied back in a ponytail, Gomez plays for the team of Villa San Carlos in La Plata, 60 kilometers (40 miles) south of Buenos Aires.

At 23, she aims to become the first transgender player in the new women’s professional league in her native country.

“I suffered a lot from discrimination, exclusion, verbal abuse in the street and in school. Football was like therapy for me,” Gomez told AFP.

She started playing at 15, encouraged by neighbors.

In the women’s league in La Plata, Gomez distinguished herself as a leading goal scorer in the past two seasons.

That prompted Villa San Carlos, in last place in the women’s professional league, to seek to recruit her.

“Unlike what people and the media were thinking, she isn’t that strong. I have a number of girls who are stronger and even though she’s fast, I have girls who are faster,” he noted.

But Vitale added: “She’s smart and learns quickly. And she gets goals, which is what we were lacking.”

The club is in the process of submitting its application to the Argentine Football Association to sign Gomez up, once the current coronavirus lockdown ends.

“There is a law on gender identity that they can’t get around. We are convinced she is going to be a star,” the coach said.

Argentina led Latin America by passing a gender identity law in 2012, which allowed Gomez to officially change her gender on her national identity card when she turned 18.

“I am very happy to know that as a society we are doing a little more, we are opening up minds,” she said as she contemplated the prospect of becoming a professional player in a country that has produced some of the world’s best footballers, including Diego Maradona and Lionel Messi.

‘Playing with the men’ Rojo, 20, started playing this year as a center forward with the club Union del Suburbio in Gualeguaychu in the northeast of the country, the first time he has played on a men’s team.

Two years ago, he changed his name and gender on his national identity card, and the team had no qualms about signing him.

The league in the province of Entre Rios will issue his membership as soon as footballing activities restart.

In Rojo’s living room hangs a picture of him at his 15th birthday party, when he still officially identified as a girl. His family has given him its full support during his transition.

“I wanted to make the change in my official papers because I had always wanted to play with the men. Since I was little, I felt like I was one of them,” Rojo said.

“Football was a big step for me because it was the thing I was always looking for, what I wanted,” he said. “The support of a team for this change means a lot.”

“The boys are all good kickers. For me, it will be a huge achievement if I manage to play in the premier division at some point.”

Sebastian Rajoy, Union del Suburbio’s president, said that “everyone has the right to play sports.”

“Clubs on the margins are the ones offering the opportunity. Someone has to take the first step, and in this case it is us,” he said.

In this early stage of incorporating transgender players, Gomez and Rojo are aware they could be asked to submit to a hormone test before they are fully accepted into the leagues.

“The discussion is linked to the dilemma between biology and respect for people’s rights,” said Ayelen Pujol, a specialist in gender identity in sports.