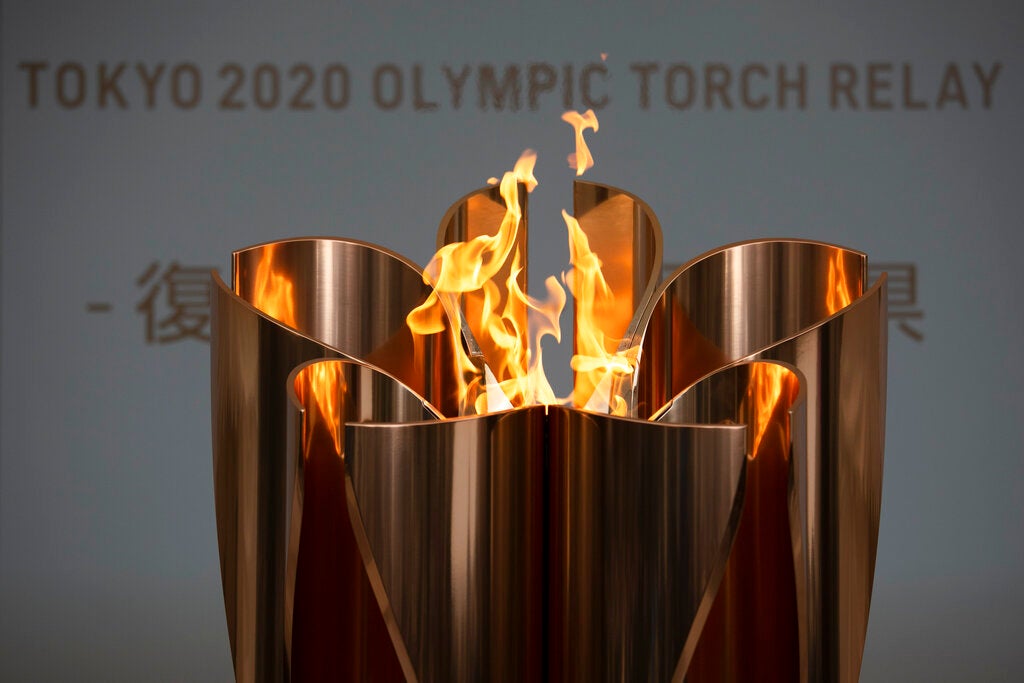 FILE – In this March 24, 2020, file photo, the Olympic Flame burns during a ceremony in Fukushima City, Japan. The Tokyo Olympics were postponed a month ago. But there are still more questions than answers about the new opening on July 23, 2021 and what form those games will take. (AP Photo/Jae C. Hong, File)

SYDNEY — The head of the IOC’s coordination commission for the Tokyo Olympics said Wednesday he disagrees with suggestions by some scientists and doctors that a vaccine for COVID-19 is needed to hold the games.

John Coates, an International Olympic Committee member from Australia who is a lawyer, said he had seen the opinion but didn’t agree.

“The advice we’re getting from WHO (World Health Organization) says we should continue to plan for this date and that is what we’re doing, and that’s not contingent on a vaccine,” Coates told the Australian Associated Press. “A vaccine would be nice. But we will just continue to be guided by WHO and the Japanese health authorities.”

On Tuesday, Japan Medical Association president Yoshitake Yokokura said it would only be possible for the Olympics to go ahead in July 2021 if the infections were under control, not only in Japan, but globally.

“In my view, it would be difficult to hold the Olympics unless effective vaccines are developed,” Yokokura said.

Coates offered no details how 11,000 Olympians and 4,400 Paralympians from more than 200 nations and territories could safely enter — and exit — Japan without spreading the virus. They would be housed together in the Athletes Village.

They would also be accompanied by thousands of staff members and coaches, and thousands more technical officials who have to run the events. Add to this thousands of world broadcasters, who pay billions for the rights to the Olympics — a critical element, particularly if the Olympics are held with limited numbers of spectators.

Coates said a lot of work had been done since the postponement and the target was still to have 43 venues for the Tokyo Olympics and Paralympics.

Coates was speaking in Australia a day after Yokokura told a video media conference of his concerns.

Devi Sridhar, a professor of Global Health at the University of Edinburgh, also said holding the Olympics may depend on finding a vaccine. The same could apply to the 2022 Winter Olympics in Beijing.

According to Johns Hopkins University data on Wednesday, Japan had reported about 13,700 cases of COVID-19 with 394 deaths.

When the delay was announced last month, IOC President Thomas Bach and Japanese Prime Minister Shinzo Abe decided the Tokyo Games would not be held beyond the summer of 2021.