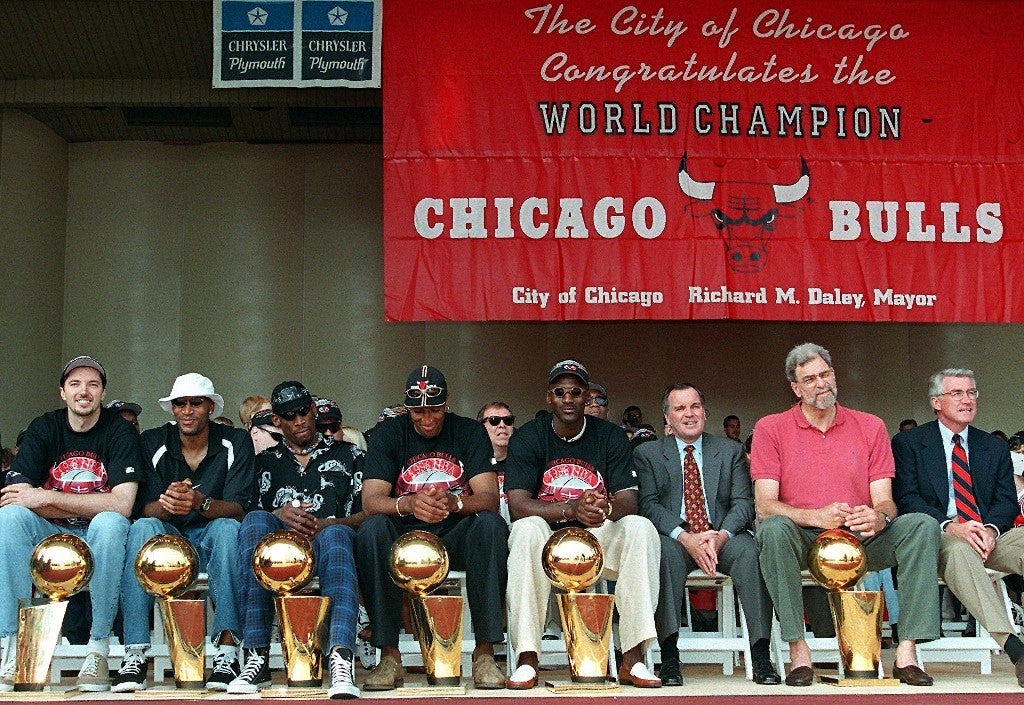 Loving the soundtrack of ‘The Last Dance” so far? Good. Director Jason Hehir put a lot of thought curating the songs featured in his 10-part documentary on Michael Jordan and Chicago Bulls’ chase for 1997-98 NBA championship.

“I put a ton of thought into the music in this documentary, the songs that are used at specific times,” Hehir told Filipino journalists during a roundtable interview Wednesday morning. “Those are the songs of my youth.”

Among the songs in the documentary are LL Cool J’s “I’m Bad”, Prince’s “Partyman,” “Been Around The World” by Puff Daddy, featuring Notorious B.I.G. and Mase, Kool Moe Dee’s “How Go You Like Me Now,” Erik B. and Rakim’s “I Ain’t No Joke,” “Maestro” by the Beastie Boys, “I Feel Free” by Cream and, of course, The Alan Parson Project’s “Sirius,” which is known in sports pop culture as the Chicago Bulls’ starters’ call-out theme.

It’s an eclectic mix but the hip-hop influence is heavy, unmistakable and, according to Hehir, intentional.

“As a kid, I was a huge basketball fan and I was a huge hip hop fan. And to be able to tell a story that we use both of those together is a dream job, so it’s been really surprising and really gratifying to see people to see that that music resonates so much with people,” Hehir said.

The soundtrack produces an extra layer of emotion in the storytelling (try to not bob your head while Prince sings the “all hail the new king in town” line while the Jordan highlight reel blurs past the screen or try patting down the goosebumps the moment LL Cool J spews out “I’ll take a musclebound man and put his face in the sand” just before Jordan explodes for 63 points against the Celtics) and the rap flavor blends perfectly with the grainy 90s scenes.

“In putting together the music our main concern was having the songs help tell the story for each episode,” said Rudy Chung, who worked closely with Hehir as music supervisor for “The Last Dance.” “Hopefully younger fans will have gained a newfound appreciation of not only MJ but also the great music from his era.”

And the soundtrack has certainly grabbed its share of the limelight, much to the delight of Hehir, who had no idea how people where going to receive the documentary itself.

“I didn’t know how this would be perceived because we’ve been. We’ve been in a darkroom for two years, making this thing and we had no idea how people are going to perceive it,” said the 43-year-old director.

“What surprised me the most is the response people have had to the music,” he added.

Spotify partnered with ESPN and Netflix, the two media outfits that stream the documentary, to give fans of the soundtrack curated playlists linked to “The Last Dance”.