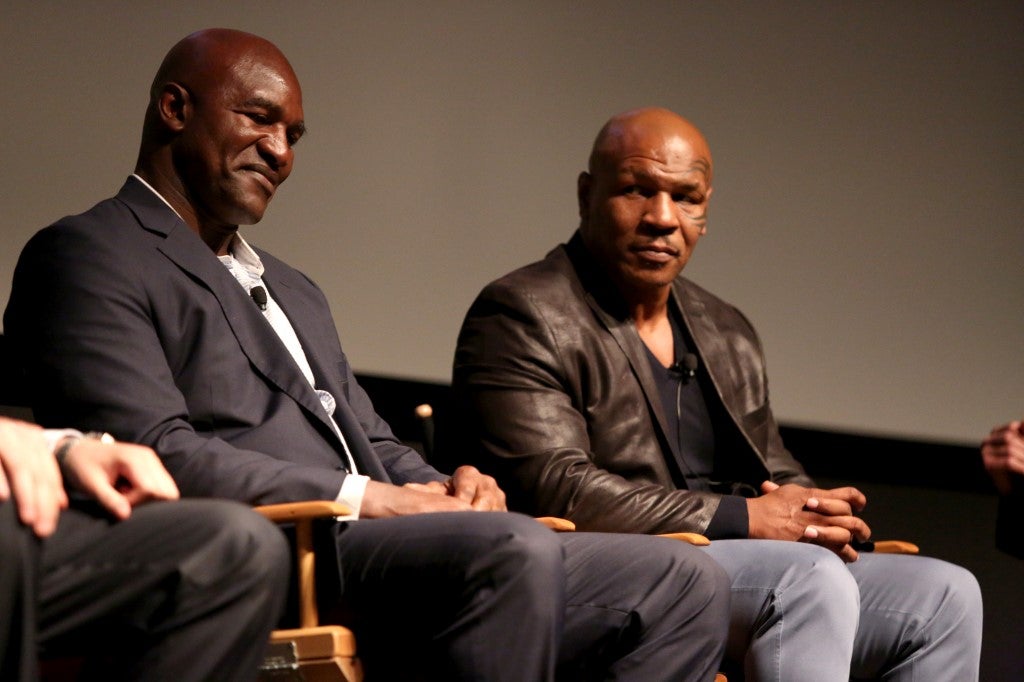 MANILA, Philippines—Evander Holyfield and Mike Tyson’s second bout in 1997 marked one of the most controversial nights in boxing history–the one that’s still being talked about in 23 years later.

Tyson, who was on the punishing end, decided to bite Holyfield on the ear not just once but twice with the second one eventually tearing out a chunk off the right lobe of the eventual winner.

Though that bout featured one of the sport’s most disgusting episodes, the two fighters eventually became close friends and Holyfield was even glad that Tyson had done that.

Talking to The Times, Holyfield said the incident wasn’t just a lesson in sport but a circumstance that made him a better person.

“It don’t bother me,” said Holyfield. “It cost me a lot of grief but I’m glad it happened because it gave me an opportunity to talk about what forgiveness is.”

“If somebody breaks into your house, you don’t think ‘how can I break into theirs?’ what people don’t know is Mike is a lot more knowledgeable than they think. They think he is crazy, but he’s a businessperson now. You can’t be the same way when you get older.”

The two have since made light of the ear-biting incident and even appeared in a Foot Locker commercial wherein Tyson returned Holyfield’s ear back.

Both Tyson and Holyfield are also back in training to prepare for a potential comeback fight which could happen in the near future.

The two first fought in 1996 then in 1997, but the third fight would be for charity since Tyson is 53-years-old and Holyfield, the winner of the first two matches for the WBA World heavyweight title, is 57.

Holyfield said that he’s not worried about coming back to the ring in his advanced age since he’s in shape and headgear would probably be worn in the three-round bout.

“My intention is not to knock someone out, but you’ve got 16oz gloves and you get good shots in sparring too,” said Holyfield. “I look after myself, I’m okay with head shots. You better believe that if he goes at my head I’m going at his. I’m going to shoot at his head anyway with jabs.”

“The difference is if I’m hurt I’m not going to rush in and try and get him out of there. I’ll pull back. This is a way for me to talk to young people.”