Chinese basketball to resume on June 20 after coronavirus | Inquirer Sports

Chinese basketball to resume on June 20 after coronavirus 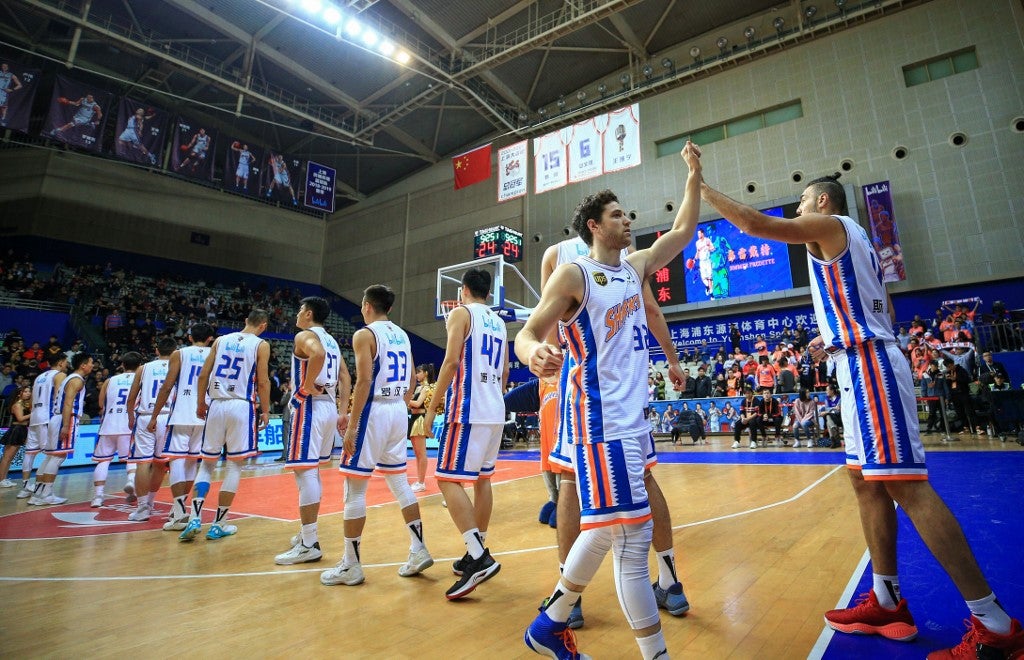 This photo taken on December 13, 2018 shows basketball players from the Shanghai Sharks “high-fiving” before their Chinese Basketball Association match in Shanghai. (Photo by OSPORTS / OSPORTS / AFP) / China OUT

The Chinese Basketball Association (CBA) season will resume on June 20, becoming the country’s first major sports league to return to action after the coronavirus.

The campaign was halted in February but will return after the number of infections dropped markedly in China, where the pandemic emerged at the end of last year.

The resumption of the CBA puts pressure on football — the other leading sport in China — to similarly get going again after a months-long indefinite postponement.

“With the approval of the sports and health department, CBA league will resume on June 20 and all preparations have entered a substantive stage,” the CBA said on the Twitter-like Weibo.

The 20 teams in the league will be divided into two groups and matches will be played in only two cities — Qingdao in the northeast and Dongguan in the south, the CBA said.

“All teams and staff members (must) comply with national and local epidemic prevention and control requirements in order to ensure the safe and orderly conduct of the event,” it added.

The CBA did not offer more details but Chinese media said the games will take place behind closed doors, in line with other sports across the world returning during the health crisis.

Some overseas players will be missing because China has closed its border to most foreigners — Chinese Super League football is likely to face the same problem when it starts.

Defending champions Guangdong were first in the league after 30 matches, before the CBA announced in late January that the competition would be suspended from February 1.

“We don’t care whether the games are played in empty arenas or under a championship-like competition system,” Lin, the highest-profile name in the CBA, said.

“We just want to play and let fans see the games on TV or the internet.”

Responding to the CBA’s announcement, Lin exclaimed on Weibo: “Yessssssssssss!!!!!!!”