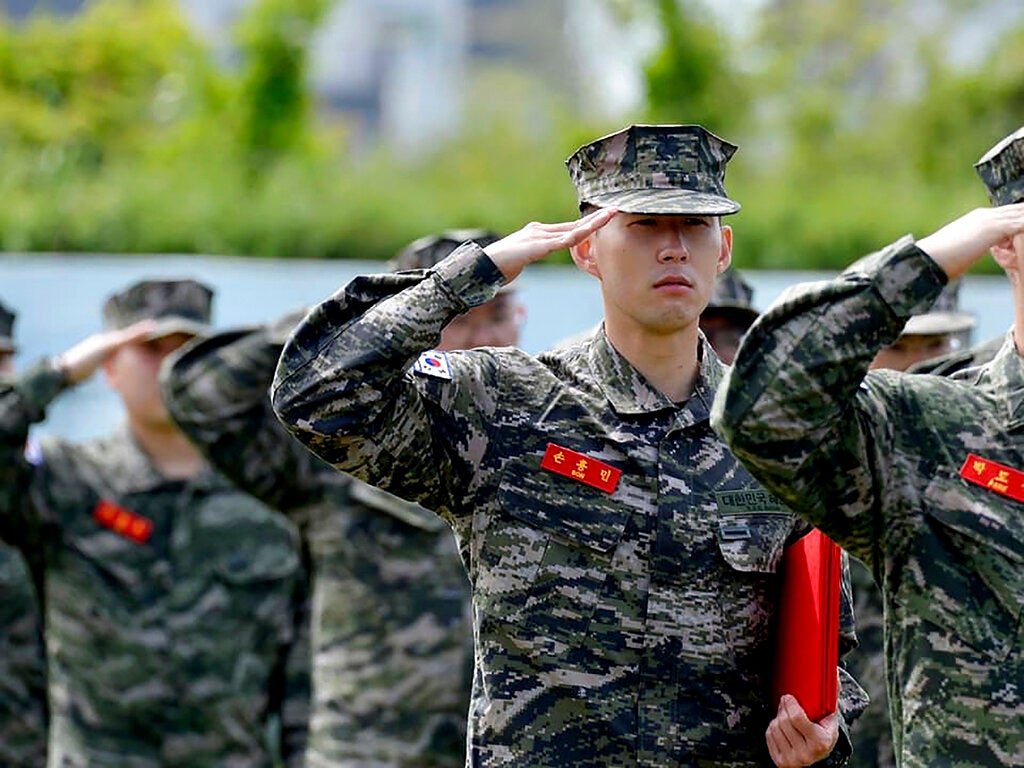 Son completed his mandatory training last month while Tottenham waited for the Premier League season to resume after the coronavirus shutdown.

The enforced break has also allowed the 27-year-old to complete his recovery from the arm fracture he suffered in Tottenham’s win against Aston Villa in February.

Son was excused the full military service of nearly two years after helping South Korea to victory in the 2018 Asian Games, but was still required to serve a shorter period.

“It was a good experience,” he told Spurs TV. “I couldn’t say everything that I’ve done but I really enjoyed it. Those guys were nice. The three weeks were tough but I tried to enjoy it.”

Son was out injured for the final weeks before the Premier League was suspended and cannot wait to get going when the season restarts on June 17.

“I’m physically fine, I’m working really, really hard to be at my maximum level and it’s nearly there,” he said.

“Everyone is back, everyone is in good shape. Everyone wants to play again and everyone is motivated,” he added.