Baldwin eyes second round in 2023 World Cup, and play for a medal four years later 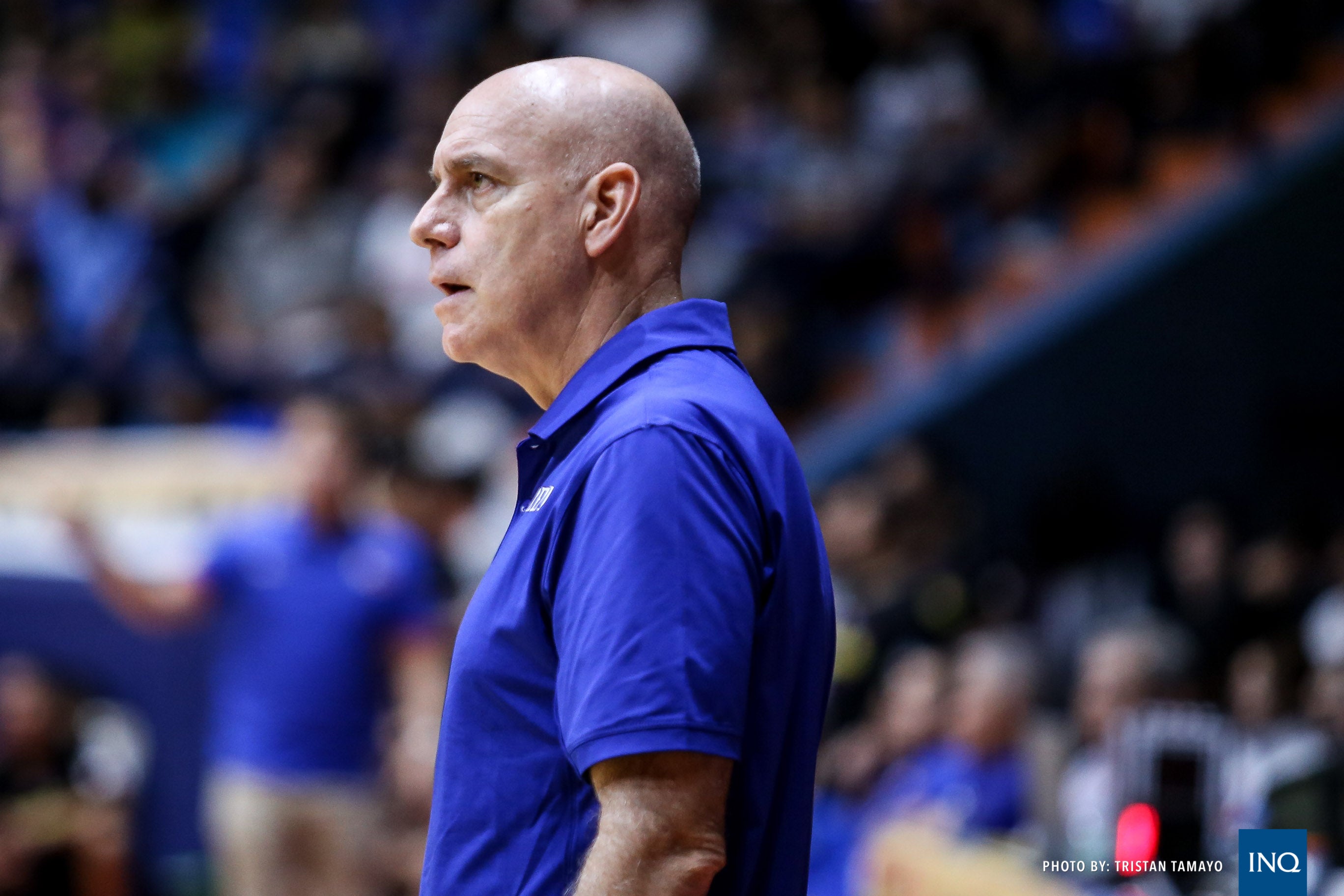 Gilas Pilipinas program director Tab Baldwin said the national squad will have to go through a painful process before reaping the rewards in future international tournaments.

For one, the former national coach wants a change to the international basketball federation’s (Fiba) eligibility rule that Baldwin says is “criminal.”

“If only we can get rid of this rule that says you’re not a Filipino unless Fiba says you’re a Filipino, which I think is a human rights violation,” Baldwin said on Thursday night in an episode of “The Unfiltered Coach” podcast.

“I think it’s criminal,” Baldwin added of the rule that says players must be passport holders of the country they plan to represent before they reach the age of 16. “And it doesn’t make me a friend of Fiba when I express my opinions about that.“

Baldwin said ditching that rule would “broaden our pool significantly” but also said the restriction was just one of the hurdles the national program needs to surmount.

“These are all battles that we need to continue to fight and challenges that we need to continue to confront, and they all will impact the pool, the content of the pool in three years’ time,” said Baldwin, who has steered Ateneo to three straight UAAP crowns. “I think that the short term is going to be painful while we try to get these players international experience. I think that we’re going to suffer setbacks. And I think that’s going to be an amazing period of growth and if we can stay focused on that and not lose sight of where we’re headed, then I think we’ll get there.”

And where is “there?”

Baldwin said the national team Samahang Basketbol ng Pilipinas will field in the Fiba World Cup in 2023 should be good enough to reach the second round.

Four years later, if it qualifies again for the World Cup, Gilas Pilipinas must shoot for the medal rounds.

“I think that in 2023, we want to be a team that makes a very, very strong run at a second round bid and by 2027, I think we want to see a team that has aspirations to be in the medal round.”

“I think that if we say that now with some realistic viewpoint, if we work towards that, and if we have integrity to that goal and objective, then I think we can speak this thing into reality with hard work and clever decision-making.”

Baldwin, who led New Zealand to a bronze medal in the World Championships in 2002, stressed the importance of exposing the Gilas pool of players, especially the younger ones, to international tournaments.

As talented as NBA G League bound Kai Sotto and AJ Edu are, Baldwin said the fundamental ingredient to a successful national team is still experience at the international level.

In the last Fiba window in February, Gilas, then coached by Mark Dickel, utilized a younger squad and fielded the likes of Thirdy Ravena, Matt Nieto and Dwight Ramos together with PBA stars Kiefer Ravena and CJ Perez, among others.

“If we’re looking at potential, potential is just a dirty word that means they haven’t done anything yet so we don’t want to get too caught up in the word potential either,” Baldwin said. “And yet, that’s what we really have to talk about. I think that we have some promising size, some promising athleticism and we will always develop some very good-skilled guards.”