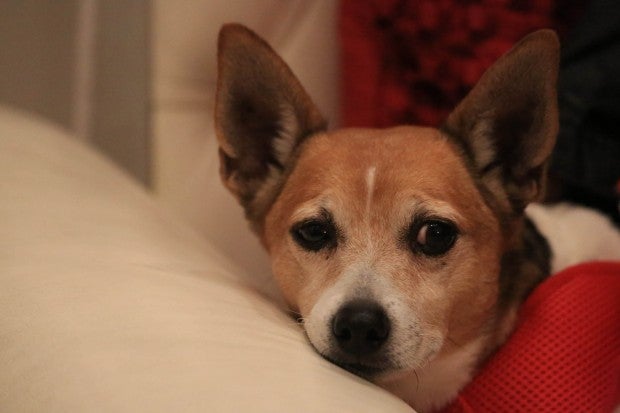 MANILA, Philippines—It was a sad day for Senator Manny Pacquiao after he learned that Pacman, his pet Jack Russell terrier, died in a road mishap on Friday.

According to GMA’s Mav Gonzales, the 14-year-old pooch was accidentally run over in General Santos City.

Pacquiao, who just arrived in General Santos City, recently learned of Pacman’s passing and, according to Gonzales, locked himself up in his room to grieve for his training partner.

Pacman was by Pacquiao’s side during his runs whenever he prepared for his fights and was treated as the eight-division World champion’s “bunso” (youngest child).

Be it in the Philippines or in the United States, Pacman was always seen running beside Pacquiao during the leadups to his bouts.