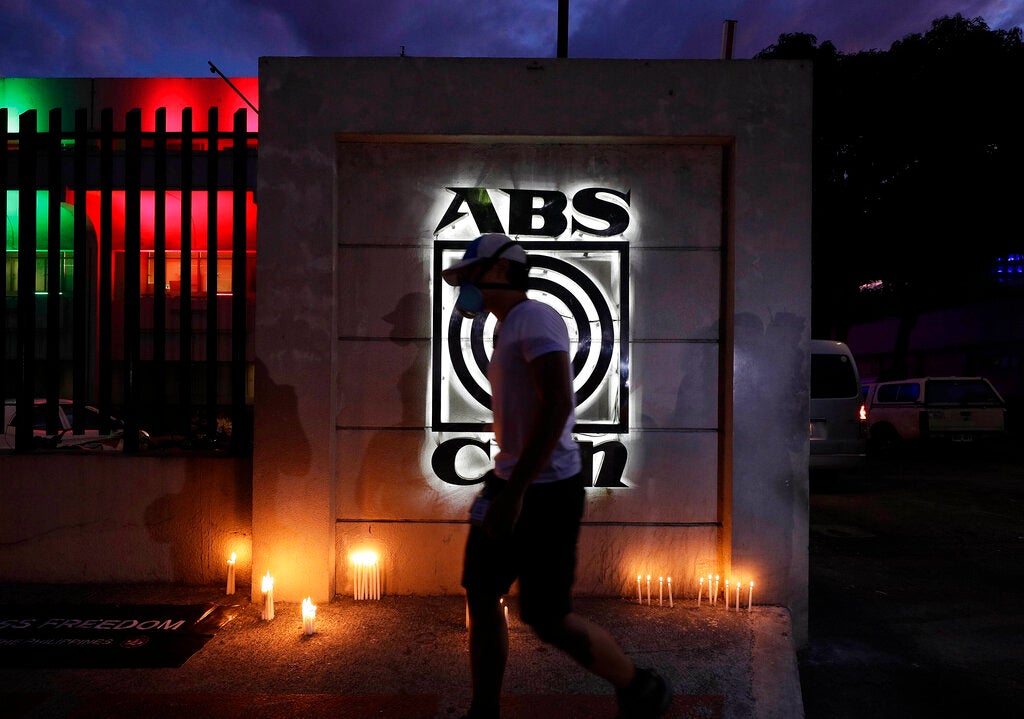 A man wearing a mask walks pasta makeshift memorial outside the headquarters of broadcast network ABS-CBN on Tuesday, May 5, 2020 in Manila, Philippines.  (AP Photo/Aaron Favila)

MANILA, Philippines—The sports division of ABS-CBN is shutting down following the House of Representatives’ denial of a franchise renewal for the network giant.

The network announced Wednesday that it will cease operation of some its businesses and will begin the retrenchment of workers starting August 31.

ABS-CBN Sports was home to the top collegiate leagues UAAP and NCAA for the past decades. From just airing the basketball games, the network also gave exposure to several other sports like volleyball and football, among others, through the years.

It was also the broadcast partner of the Maharlika Pilipinas Basketball League, Premier Volleyball League, and ONE Championship.

“The final buzzer,” wrote Laurena. “So ends this journey… I made the painful announcement to our beloved Sports team today. I’ve been on this road before, and I can assure you, it is not something I will swear even on people I don’t like. It is heart-wrenchingly painful.”

That's it. ABS-CBN Sports officially signs off. Love you fam @abscbnsports thank you for everything.

“That’s it. ABS-CBN Sports officially signs off. Love you fam @abscbnsports thank you for everything,” said Gretchen Ho on Twitter.

Both Lazaro and Ho were Ateneo volleyball standouts in the UAAP. They turned into household names as their games were broadcasted through ABS-CBN’s youth-oriented channel Channel 23 that eventually became S&A.

Salamat @abscbnsports. You made our dreams come true. You will always be my home.

My heart cries out to ABSCBN Sports 💔 goodbye… hopefully, for now 🙏🏻 https://t.co/tWgQseSh26

It is unclear yet what will happen to ABS-CBN’s partnerships with the likes of the MPBL, NCAA and PVL, who are expected to resume competition sometime in the future. The NCAA had said that is exploring other broadcast options with the network, which still has digital properties.