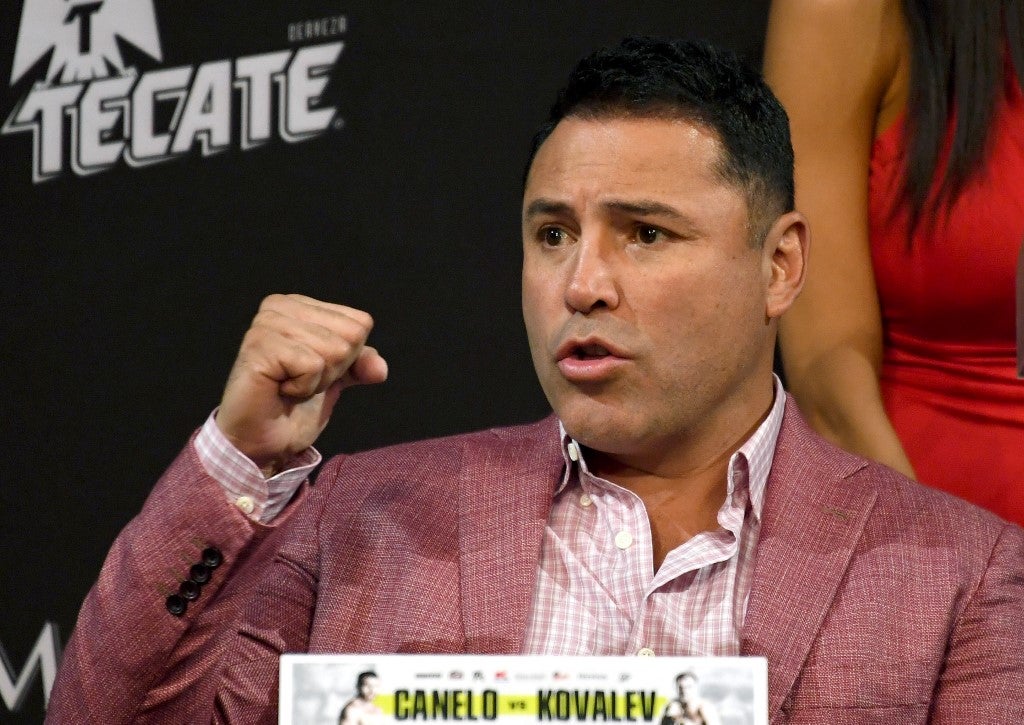 Boxing legend Oscar De La Hoya is coming out of retirement and he’s not interested in doing exhibition fights.

The 47-year-old, who hasn’t fought since losing via corner stoppage to Manny Pacquiao in 2008, is lacing up the gloves once more for a “real fight” unlike contemporaries Mike Tyson, Evander Holyfield, and Roy Jones Jr.

In a report from ESPN, De La Hoya said that he will start sparring “in the next few weeks.”

“It’s a real fight,” said De La Hoya. “I miss being in the ring, I love boxing. Boxing is what gave me everything I have today, and I just miss it.”

De La Hoya said he’s interested in fighting “the top guys out there” in the super welterweight and middleweight divisions–the two weight classes where he last fought, including 154 pounds where he fought for seven years.

Interestingly the top pound-for-pound boxer, as per Ring Magazine, is Golden Boy Promotions’ poster boy Saul “Canelo” Alvarez with the Mexican holding The Ring and WBA Super World middleweight titles while also being named the WBC franchise champion in that weight class.

Former three-belt champion Gennady Golovkin is still a titleholder at 154 lbs with the IBF strap around his waist.

De La Hoya, who has been busy as the Chairman and CEO of Golden Boy Promotions, said he’s unsatisfied with the boxing landscape as opposed to when he was still an active boxer.

He said that boxers of the current generation are in the sport for just the monetary gains and glory.