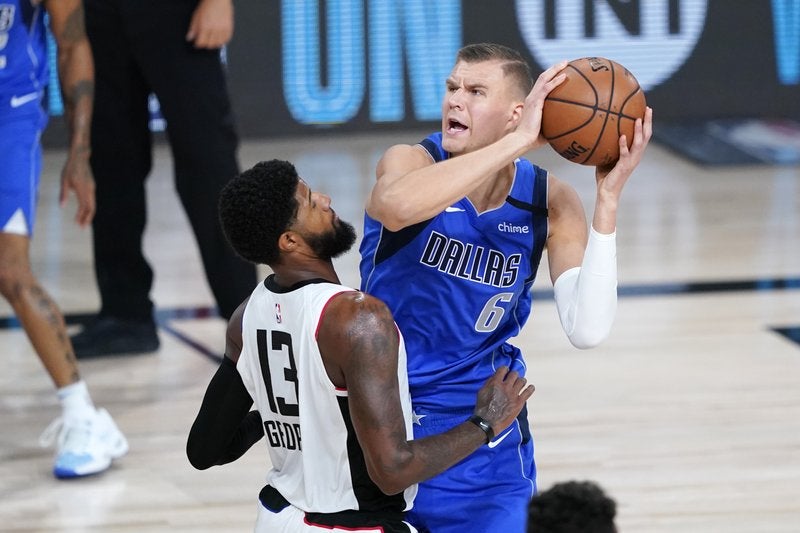 It will be the second straight game the 7-foot-3 Latvian is sidelined. He was ruled out a few hours before the game Tuesday night after being a late scratch for Game 4.

It’s not the same knee Porzingis had surgically repaired after an injury in what ended up being his final game with the New York Knicks in early 2018. He tore the anterior cruciate ligament in his left knee. Dallas acquired him in a trade last year.

The Mavericks pulled off the biggest playoff comeback in franchise history without Porzingis in Game 4, evening the series with a 135-133 overtime victory when young star Luka Doncic hit a long 3-pointer at the buzzer. Dallas trailed by 21 points in the first half.

The right knee gave Porzingis trouble before the pandemic-forced shutdown of the NBA in March. He missed 10 games in January. During the restart, he has been listed on the injury both with right knee soreness and a left heel contusion.

The Mavericks might be without another starter in Game 5. Dorian Finney-Smith is questionable because of issues in each of his hips.