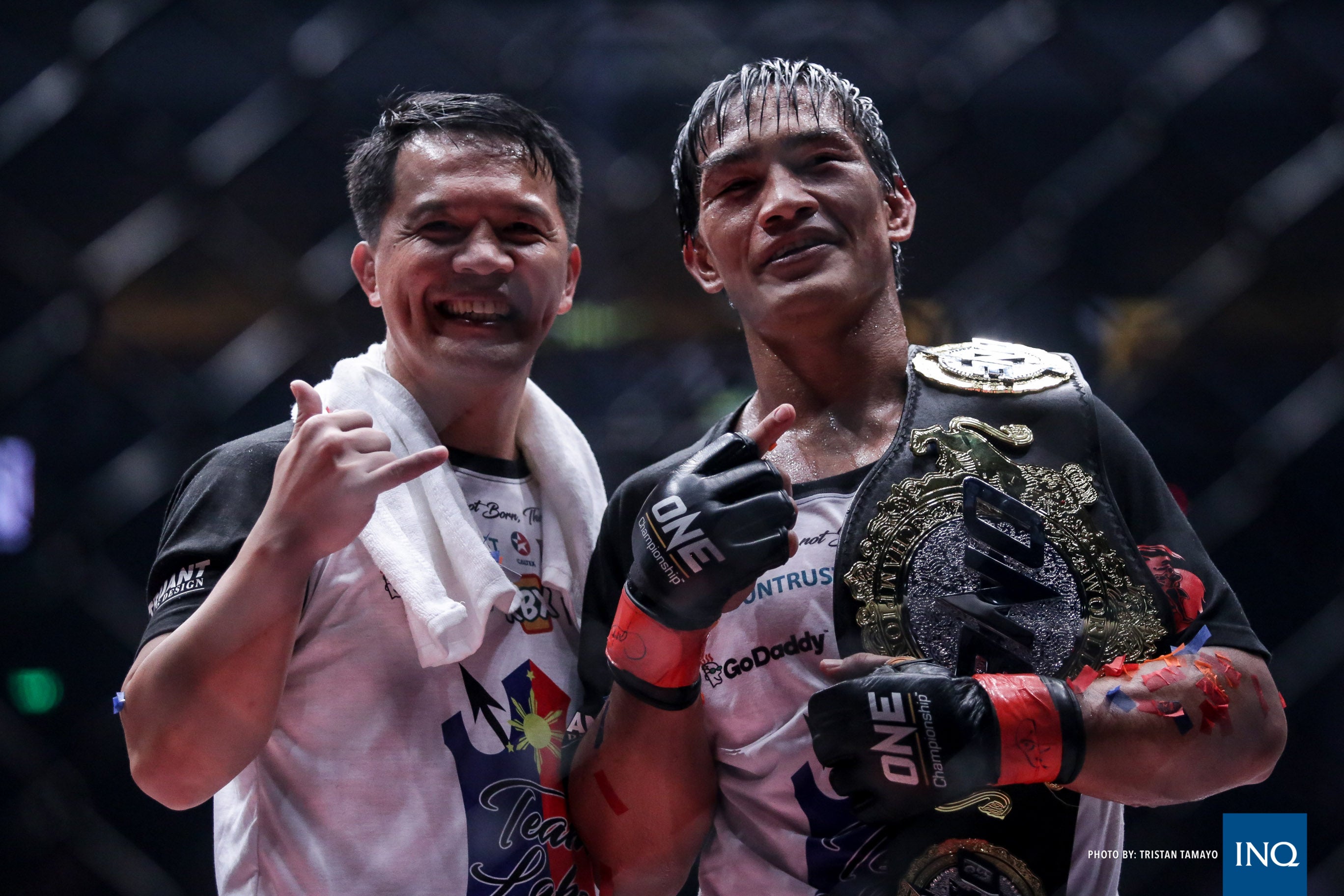 MANILA, Philippines — Team Lakay coach Mark Sangiao has no doubt that Eduard Folayang still has a lot left in him for another crack at the world title.

Folayang is already 36 years old, but Sangiao said the Filipino MMA legend is determined to regain his standing as the top lightweight at ONE Championship.

“The lightweight division is one of the deepest in ONE Championship. There are so many great talents, and anybody can beat anybody on any given day,” Sangiao said.

“But Eduard Folayang is the best of the best. He’s the former champion and he’s so hungry to get that belt back. I’ve never seen him work harder in his career than now,” said Sangiao.

Sangiao thinks the best fight out there for Folayang is to challenge reigning lightweight king Christian Lee.

But Folayang will have to get back on track first to earn that title shot.

Folayang has lost three of his last four fights, including a split decision defeat to Pieter Buist last January 31 in Manila.

The loss bumped Folayang out of the top five rankings in the division.

“There are a lot of great matchups to be made at lightweight for Eduard, but the one man he wants most is Christian Lee. Eduard is out for redemption, and he’s training very hard to achieve his goals.”