Tiger brings sore back and troubled game into US Open 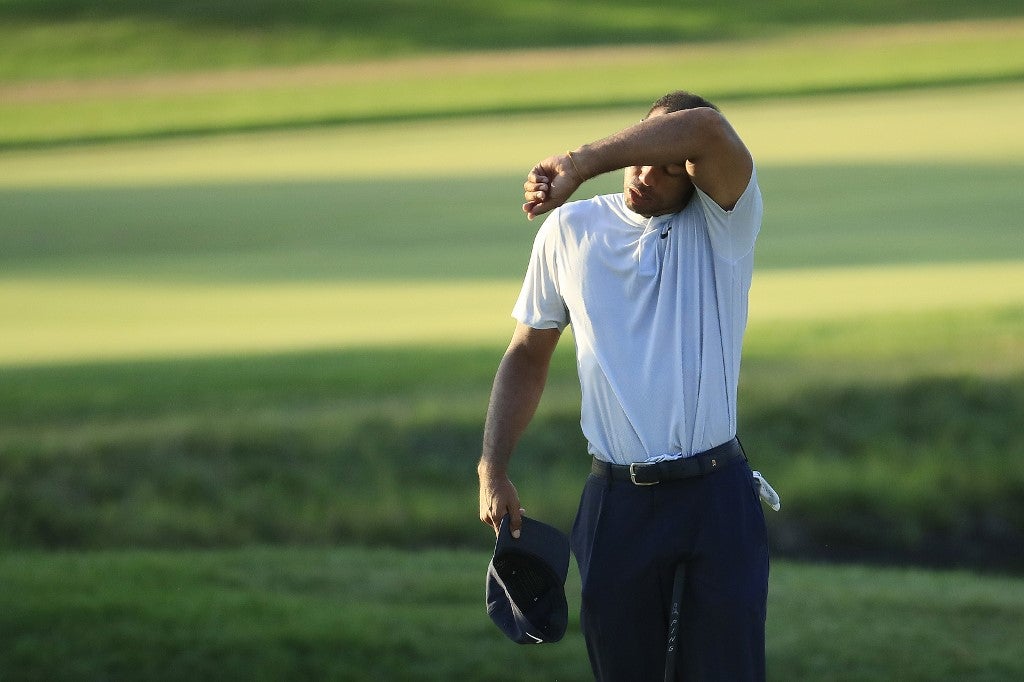 FILE – Tiger Woods of the United States dries his face on the 18th green during the second round of the BMW Championship on the North Course at Olympia Fields Country Club on August 28, 2020 in Olympia Fields, Illinois. Andy Lyons/Getty Images/AFP

Tiger Woods brings his sore back and struggling game into the 120th US Open hoping to catch fire at a major where he hasn’t managed a top-10 finish since 2010.

The 44-year-old reigning Masters champion comes into Winged Foot off a share of 51st two weeks ago in the BMW Championship at Olympia Fields on a set-up that played like a US Open with hard, fast greens and dense rough.

“The golf course was basically a US Open, with the rough being as high as it is and fairways a little bit narrow,” Woods said. “This was a great ramp-up for me for the US Open.”

The Open offers the most punitive punishments for errant shots in major golf and Woods has sprayed tee shots in recent weeks, his surgically repaired back nagging him at times.

The 15-time major winner, level with Sam Snead on a record 82 US PGA Tour titles, hasn’t cracked the top 35 in five starts since sharing ninth in January at Torrey Pines.

At the US Open, he has missed the cut twice and not cracked the top 20 in three other starts since sharing fourth in 2010.

Woods, ranked 20th, has two prior major experiences at Winged Foot. His first PGA Championship came at the suburban New York course in 1997 and he shared 29th just four months after his landmark victory at the Masters.

Woods also missed the cut at Winged Foot in the 2006 US Open, his first major missed cut as a professional, but Woods responded by winning his next two major starts at the 2006 British Open and PGA.

The priorities for Woods during his weeks off before the US Open were to try and improve his placement.

“I would say trying to clean up my rounds and trying to miss the golf ball in the correct spots,” Woods said. “I certainly haven’t putted as well as I would have liked. I just haven’t been able to shoot the low scores like I needed.”

Woods had a practice round in soft conditions at Winged Foot that gave him a hint of the challenge to come.

“It was nice playing a practice round and knowing what I have to deal with,” he said.

After the US Open, Woods has a perfect October tuneup set ahead of the Masters, rescheduled from April to November 12-15 due to the COVID-19 pandemic.

Woods won the 2019 Zozo Championship in Japan. The October event was moved to Southern California’s Sherwood Country Club, a course Woods knows well after staging his World Challenge event from 2000-2013.

The Zozo comes three weeks before Woods defends the green jacket at Augusta National on November 12-15.