McIlroy brings new perspective to first major as a dad 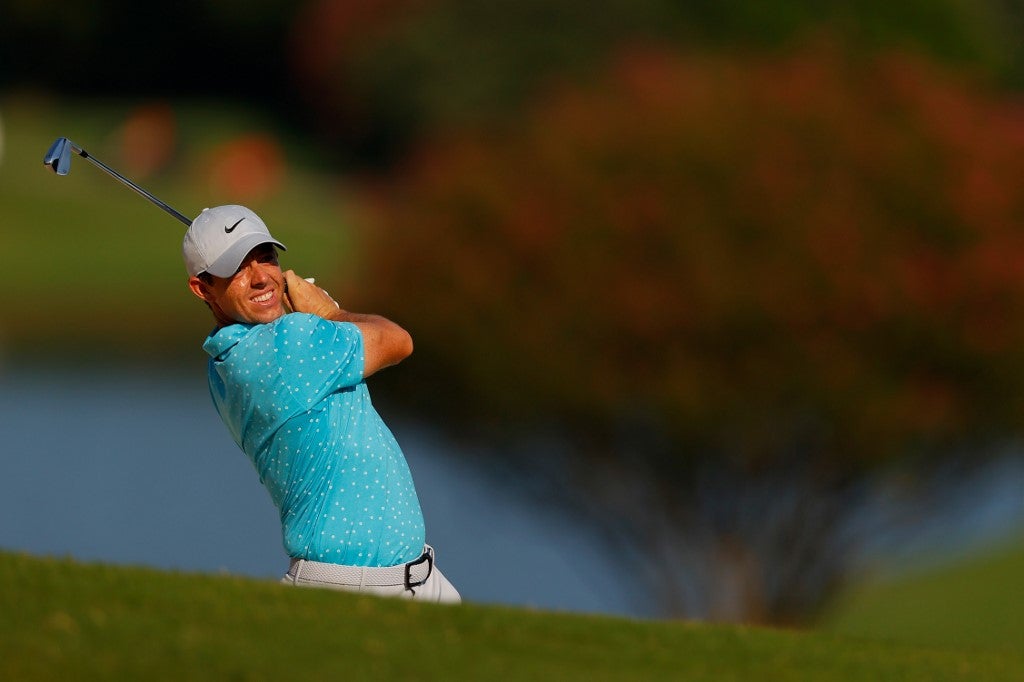 Rory McIlroy of Northern Ireland plays a shot from a bunker on the 16th hole during the third round of the TOUR Championship at East Lake Golf Club on September 06, 2020 in Atlanta, Georgia. Kevin C. Cox/Getty Images/AFP

Four-time major winner Rory McIlroy carries a fresh perspective into next week’s US Open at Winged Foot, his first major golf championship as a father.

The 31-year-old from Northern Ireland and his wife Erica welcomed daughter Poppy on August 31 and McIlroy, after days without touching a club, shared eighth in the Tour Championship, his best finish since the US PGA Tour’s coronavirus shutdown.

“Sometimes you’re in limbo a little bit,” McIlroy said. “Your body is here and your mind is trying to be here, but your mind is also sort of divided and back there.

“It’s not an excuse. It wasn’t a distraction… you should be able to concentrate for that 15 or 20 seconds you’re over a golf shot to do what you need to do… But it was on my mind.”

Fourth-ranked McIlroy, who hasn’t won a major since the 2014 PGA Championship, will make his sixth attempt to complete a career Grand Slam by winning the Masters in November.

But first, he will learn what it feels like to play a major as a dad.

“If you look at fathers in all different sports, golf, tennis, it’s not a new lease of life, but it’s a different perspective,” McIlroy said.

“The trials and tribulations of what goes on out on the golf course don’t really seem to matter that much, so you can sort of let it just slide off you a little bit more and not be as reactive to your mistakes and know that it’s important and it’s your career, but at the end of the day you get to go home to your family, which is the most important thing.”

It’s a perspective that should help McIlroy as he searches for the form he had before the COVID-19 shutdown of the US PGA Tour in March.

McIlroy had six top-five finishes before the 2019-20 season was shut down by COVID-19 in March. After the return in June, McIlroy couldn’t crack the top 10 in eight events until his daughter was born.

The Tour Championship was McIlroy’s only chance to defend a crown in 2020 after having won four times in 2019, the WGC Shanghai and Canadian Open events wiped out by the virus and the Players Championship shut down after only one round.

“It has been a trying year for everyone. I think everyone is going to be happy to see the end of 2020,” McIlroy said. “But the fact that everyone rallied together in March when the sort of sports world shut down… that has been the most important thing.”

There is a hunger to win, but 2011 US Open champion McIlroy has also found a new contentment that no score can change.

“If I can’t be content and happy right now, I don’t think I’ll ever be,” McIlroy said. “It’s awesome. It’s the best part of life.

“I sometimes think everything that has happened to me on the golf course and off the golf course has already been beyond my wildest dreams, and sometimes I have to sort of pinch myself and sort of ask, ‘Why me? Why am I so lucky?'”

McIlroy also will play two events next month that were moved from Asia to US courses due to the pandemic as tuneups for the Masters, then take a break and enjoy his family.

“I was expecting a quieter fall than I’m going to have,” McIlroy said. “I thought, ‘Three months at home watching my daughter grow up a little bit, that’ll be nice.’ And it’s sort of the case.