No matter who makes the NBA finals, Filipino fans will tune in—exec 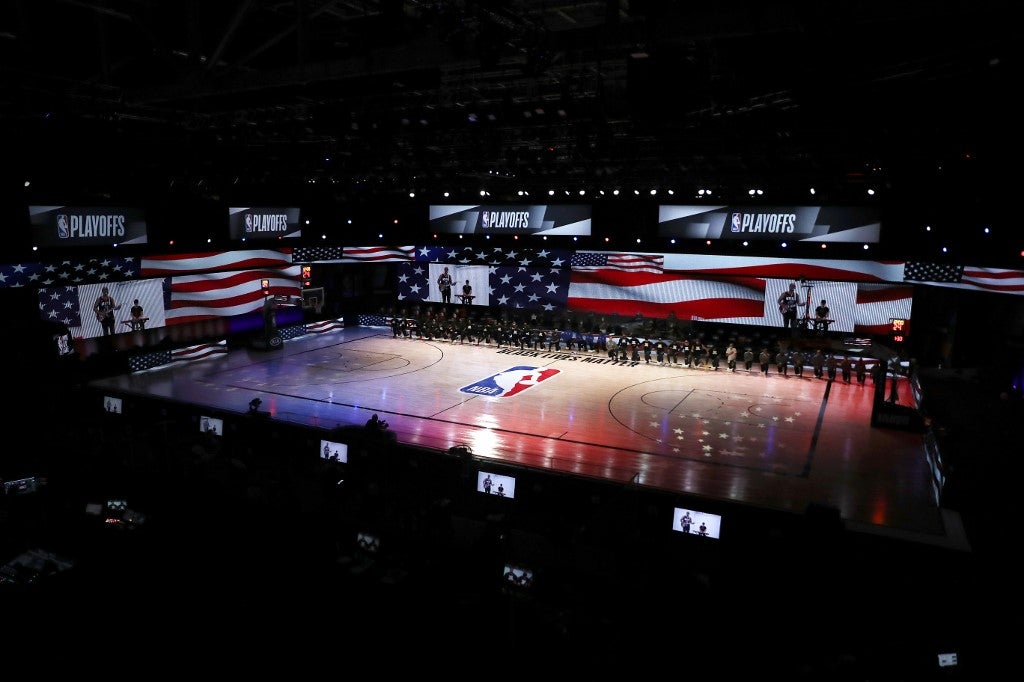 The Houston Rockets and Los Angeles Lakers kneel during the National Anthem in Game Four of the Western Conference Second Round during the 2020 NBA Playoffs at AdventHealth Arena at the ESPN Wide World Of Sports Complex on September 10, 2020 in Lake Buena Vista, Florida. Michael Reaves/Getty Images/AFP

MANILA, Philippines — This year’s NBA Finals series featuring the Los Angeles Lakers and the Miami Heat is certainly a treat to Filipino basketball fans regardless of the outcome.

The Lakers are arguably the most popular NBA team in the Philippines while the Heat, who also have their legion of Filipino fans, have a Filipino-American head coach in Erik Spoelstra.

Not to mention, LeBron James, one of the greatest players ever, is leading the Lakers as he eyes his fourth title playing in his ninth finals in the last 10 seasons.

But while a Lakers-Heat matchup is as enticing as it gets for avid basketball fans in the country, NBA Asia managing director Scott Levy thinks the finals’ viewership won’t differ as much to Filipinos had it been two different teams.

“I think Filipinos historically have tuned into every finals,” Levy said during a roundtable interview on Zoom with the Philippine media on Wednesday.

“Regardless of who showed up it would be compelling to Filipino fans. They would be providing feedback just like they would to coach Spoelstra.”

But as well-loved as James and the Lakers are along with Spoelstra’s Heat, Levy said Filipinos’ passion for basketball includes appreciation for everything about the NBA.

“The popularity of teams would vary,” he said. “Our number one selling jersey in the Philippines was Luka Doncic.”

“I know LeBron’s popular but Luka’s popular as well. As is Zion and LeBron has a nice running mate in Anthony Davis so he’s become pretty popular as well. But this is where it’s so much fun to engage with our fans in the Philippines.”

Last July, the NBA Store relaunched its online shop in the Philippines and based on its sales through August, Doncic emerged with the top-selling jersey with James in second.

Kawhi Leonard came in third while Anthony Davis and Zion Williamson in fourth and fifth, respectively.

As per team merchandise is concerned, the Lakers topped the list followed by the Dallas Mavericks, Boston Celtics, Brooklyn Nets and the Los Angeles Clippers.

The Philippines also remains one of the biggest markets in the NBA outside the United States.

According to the NBA, the Philippines has the largest average audience for live games during the season restart through the Conference Semifinals of any measured international market.

The Philippines is also among the top when it comes to social media presence with more than eight million followers on the NBA’s Facebook page—the biggest outside the US.