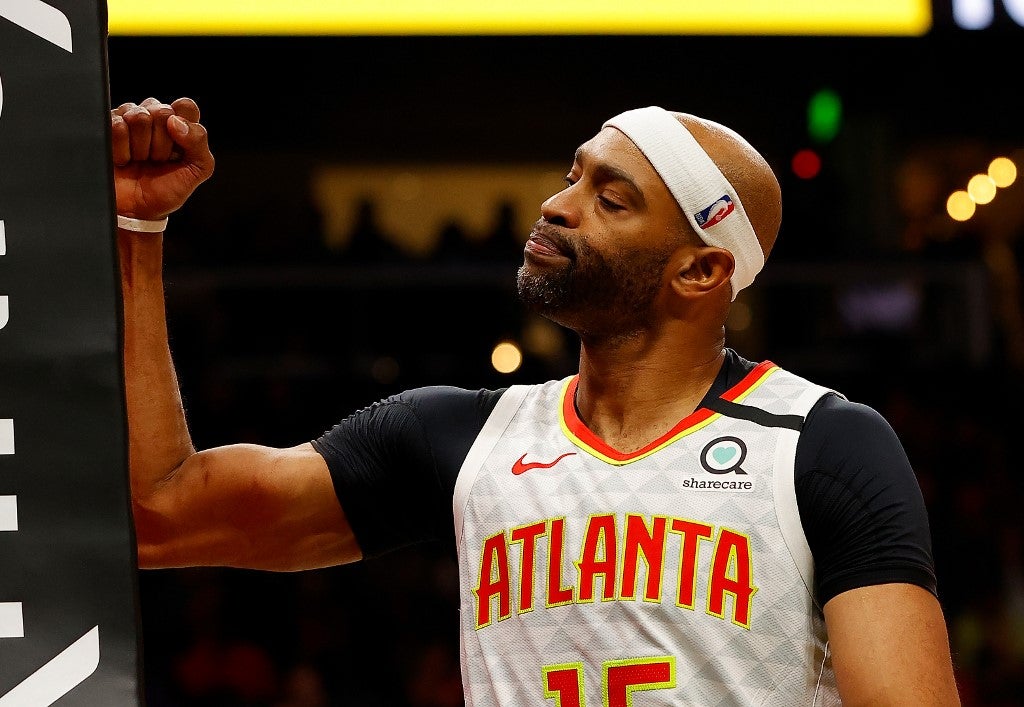 (FILES) Vince Carter of the Atlanta Hawks reacts in the second half against the Memphis Grizzlies at State Farm Arena on March 2, 2020 in Atlanta, Georgia. Vince Carter, who retired in June after a 22-season NBA career, was named October 1, 2020, as the 2019-20 NBA Sportsmanship Award winner. (Photo by Kevin C. Cox / GETTY IMAGES NORTH AMERICA / AFP)

Vince Carter is still collecting hardware from the NBA, even after announcing his retirement in June.

Carter, 43, was named as the recipient of the 2019-20 NBA Sportsmanship Award on Thursday. The award is designed to honor a player who best represents the ideals of sportsmanship on the court.

Carter was the No. 5 overall pick in the 1998 NBA Draft and played his first six-plus seasons with the Toronto Raptors, winning the Rookie of the Year award in 1999 and the NBA Dunk Contest in 2000. He made eight consecutive All-Star teams (2000-07).

He retired with career averages of 16.7 points, 4.3 rebounds and 3.1 assists per game. Field Level Media