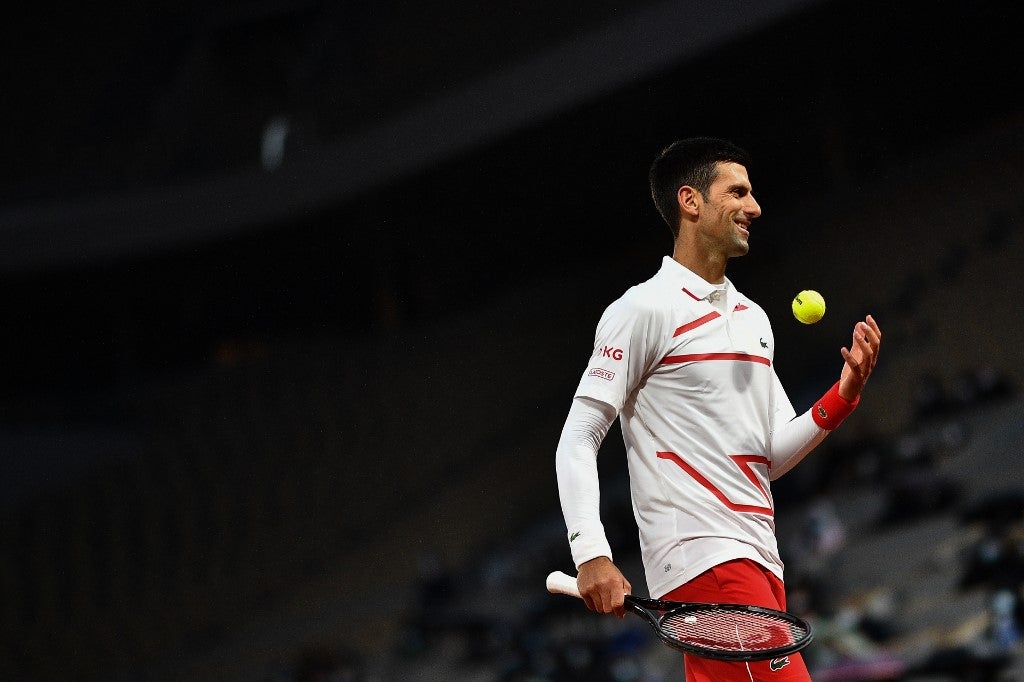 Serbia’s Novak Djokovic reacts as he plays against Colombia’s Daniel Elahi Galan during their men’s singles third round tennis match on Day 7 of The Roland Garros 2020 French Open tennis tournament in Paris on October 3, 2020. (Photo by Anne-Christine POUJOULAT / AFP)

Novak Djokovic continues his quest to become the first man in half a century to win all four Grand Slam titles twice at the French Open on Monday while Sofia Kenin and Petra Kvitova are the top seeds on court in a wide open women’s draw.

Djokovic, the 2016 champion, is through to the Roland Garros last 16 for a record-equalling 11th successive year and is chasing an 18th Grand Slam title.

The world number one has dropped just 15 games in three rounds, improving his record this season to 34 wins against one loss ahead of a meeting with 15th seed Karen Khachanov.

The Russian claimed his biggest win to date against Djokovic in the French capital, upsetting the Serb in the final of the 2018 Paris Masters.

“Maybe mentally you know that you beat him in this particular match, for sure it gives you the confidence inside to know that you’ve done it already once at least,” said Khachanov.

“That’s the only thing that might help on a mental preparation to be ready for whatever happens,” he added.

“The deeper you go the tougher opponents you face. This is what it’s all about.”

Only Djokovic has won more titles in 2020 than Andrey Rublev, the Russian 13th seed who plays world number 63 Marton Fucsovics, the first Hungarian man in the second week since Balazs Taroczy in 1984.

Rublev won on clay in Hamburg last week to add to victories at Doha and Adelaide at the start of the campaign.

World number 186 Altmaier is just the fourth man in 20 years to reach the round of 16 on his Grand Slam debut.

Only four seeds remain in the women’s draw, with No. 4 Kenin the second-highest left behind third seed Elina Svitolina following the exit of title favorite Simona Halep.

“I feel like I’m playing well at the Slams,” said Kenin, who has made the last 16 or better at the three majors this season.

“It’s not easy, everyone is playing their best tennis at the Grand Slams. But I definitely feel like I should get deep in a tournament.”

Two-time Wimbledon champion Kvitova, seeded seven, is in the same half as Kenin and takes on Zhang Shuai, the first Chinese woman to reach the last 16 since former champion Li Na in 2012.

Ons Jabeur is targeting a second quarter-final in three Slams after becoming the first Arab woman to make the fourth round here.

Spain’s Paula Badosa, the 2015 junior champion, plays Laura Siegemund of Germany in a tie between two players through to the last 16 at a Slam for the first time.