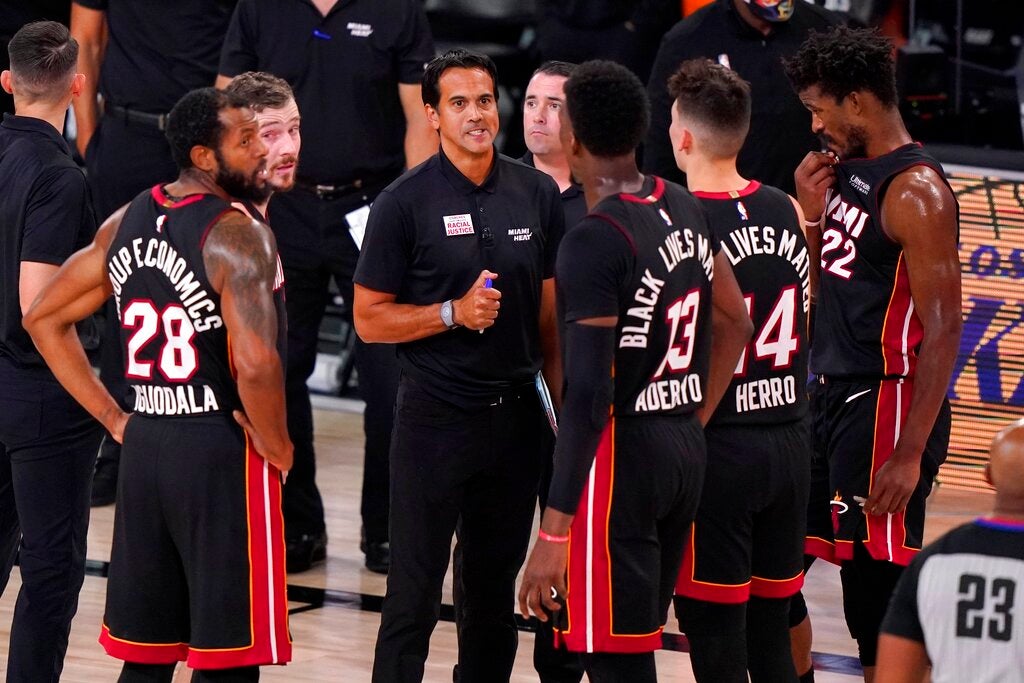 MANILA, Philippines — Erik Spoelstra is the only NBA head coach of Asian descent when he took over the position for the Miami Heat in 2008.

Spoelstra has come so far since starting as a video coordinator for the Heat in 1995. He has guided Miami to back-to-back championships in 2012 and 2013 before steering the franchise back in the finals again this year for the fifth time since 2011.

It has been an extraordinary journey for Spoelstra and the Filipino-American mentor knows it’s only a matter of time before more Asian coaches get their big break.

Spoelstra referred to Jimmy Alapag, the former Philippine team captain turned coach who landed an assistant coaching stint with the Sacramento Kings in Summer League last year, as a perfect example of an Asian coach getting the opportunity.

“Five years ago, nobody would have thought about bringing in a coaching intern from the Philippines,” Spoelstra said in a story on theundefeated.com.

“Humbled and honored by the kind words from Miami Heat Coach Erik Spoelstra. He has set the standard for other coaches like myself to follow. Ready and excited for what the future holds.🙏 via @undefeatedespn @miamiheat @nba,” Alapag wrote on Instagram.

Another Filipino-American in Mike Magpayo, who calls the shots for UC Riverside, is making a name for himself as the first Asian head coach in the NCAA Division I.

The opportunities may be knocking at the doors for Asian coaches now, but for the 49-year-old Spoelstra, there are still plenty of efforts that need to be done.

“There needs to be continued awareness and opportunities and a young generation that is willing to push open doors that are not quite open right now.

Read Next
Tokyo marathon 2021 postponed until after Olympics due to COVID-19 concerns
EDITORS' PICK
Taiwan’s foreign ministry thanks U.S. for maintaining security in Taiwan Strait
House energy committee chair Arroyo bats for cheap electricity
A laptop that maximizes your WiFi so you can maximize your productivity
Authors unbowed after gov’t ‘purge’ of books
Writers’ groups join outcry over KWF move
Powered by style, innovation and passion
MOST READ
Arjo Atayde reveals proposal to Maine Mendoza was ‘more than a year’ in the making
Angelica Panganiban, Camille Prats recall ‘trauma’ of being called out for weight gain in ‘G-mik’
‘FPJ’s Ang Probinsyano’ officially ends after nearly 7 years
Most wanted person in Cebu arrested — PNP
Don't miss out on the latest news and information.