I got to do it next year, says Heat star Jimmy Butler | Inquirer Sports
Close
menu
search

I got to do it next year, says Heat star Jimmy Butler 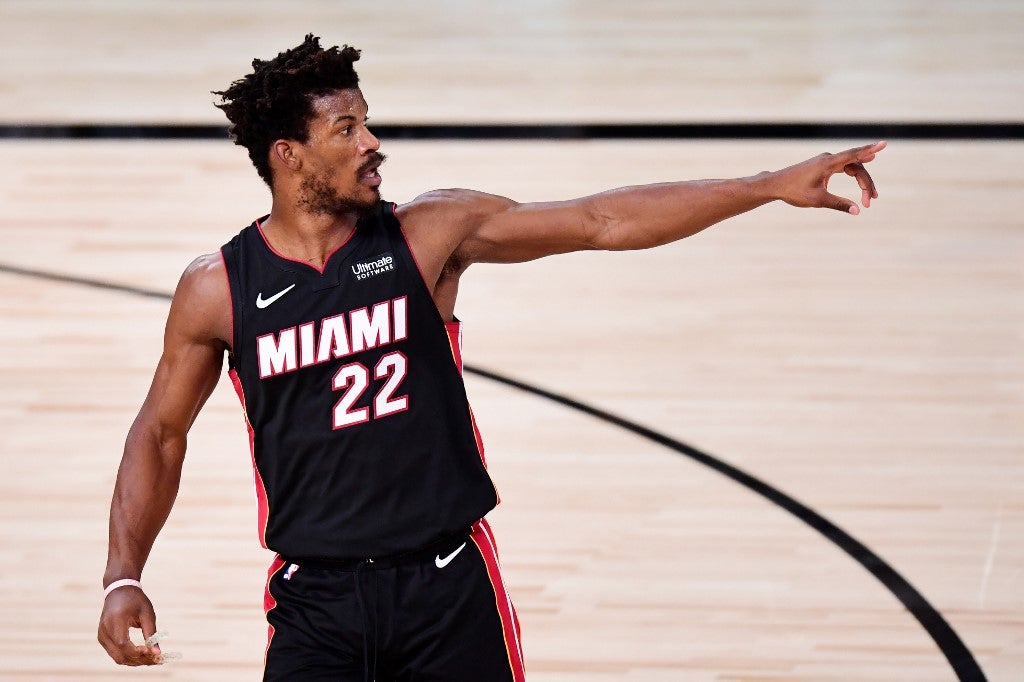 Jimmy Butler of the Miami Heat reacts during the third quarter against the Los Angeles Lakers in Game Six of the 2020 NBA Finals at AdventHealth Arena at the ESPN Wide World Of Sports Complex on October 11, 2020 in Lake Buena Vista, Florida.  Douglas P. DeFelice/Getty Images/AFP

Jimmy Butler felt sorry for being unable to lead the Miami Heat to an NBA title after losing to the Los Angeles Lakers, but he said he was now more motivated to fulfil his promise of winning the championship with the franchise next year.

In his debut season with the team, the 31-year-old Butler elevated his game as the Heat stormed to the Finals for the first time since 2014, only to lose the best-of-seven title series 4-2 on Sunday.

The Lakers captured a record-tying 17th NBA Championship with a 106-93 victory in Game 6, with Finals MVP and former Heat player LeBron James leading the charge.

“This is what my team needed me to do, the organization asked of me,” Butler told reporters. “I told them that I would win them one and I didn’t hold up my end of the bargain, so that means I got to do it next year.

“I told (president) Pat (Riley), I told coach Spo (Erik Spoelstra) I’m here to win one. I didn’t do my job, so moving forward, I got to hold up my end of the bargain.”

Butler notched triple-doubles in Games two and five to force the sixth game and led the Heat in points, rebounds, assists, blocks and steals during the Finals.

He brushed his own performances aside, however.

“I’ll be better, along with everybody else. I’ll be better coming back. You sulk on this because of what could have been, but it didn’t happen. We didn’t win and that’s what you leave this at.”

ADVERTISEMENT
Read Next
Tokyo to host international gymnastics event in November
EDITORS' PICK
Lorenzana orders review of protocol in handling slain rebels’ remains
Duterte: Metro Manila stays under GCQ in December
Experience clearer calls nationwide with Smart VoLTE
Smart Prepaid encourages the youth to take their passions to the next level and ‘Live GIGA’
Arthaland’s property management arm utilizes Amazon Web Services to enhance delivery of service
PNP probing influx of marijuana in NCR, adjacent provinces
MOST READ
Duterte: Metro Manila, 6 other areas stay under GCQ in December
Bacolod school probes student over indecent post vs Robredo
‘What is mine is hers,’ says Matteo on sharing finances with his Popstar Royalty wife
Duterte tells Makabayan bloc, ‘legal communist fronts’: We are not red-tagging you
Don't miss out on the latest news and information.