Stroll reveals he tested positive for COVID-19 after Eifel GP 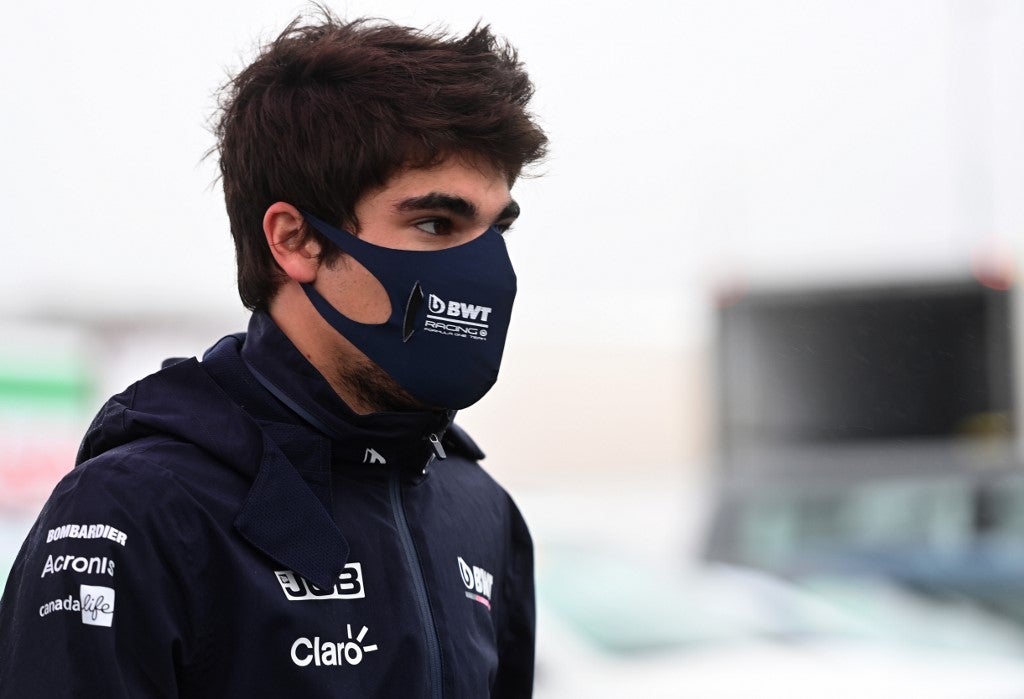 Racing Point’s Canadian driver Lance Stroll arrives to inspect the circuit ahead of the Formula One – Eifel Grand Prix at the Nuerburgring circuit in Nuerburg, western Germany, on October 8, 2020. (Photo by Ina FASSBENDER / AFP)

LONDON—Canadian Formula One driver Lance Stroll said on Wednesday he had tested positive for COVID-19 after the Oct. 11 Eifel Grand Prix but was now clear and ready to race in Portugal this coming weekend.

The Racing Point driver missed the race at the Nuerburgring after feeling unwell and was replaced at short notice by Germany’s Nico Hulkenberg.

The team said at the time that the 21-year-old, whose father Lawrence owns the Silverstone-based team, had felt unwell since the Russian Grand Prix on Sept. 27.

Stroll is the second Formula One driver to have tested positive for the new coronavirus, the other being his Mexican teammate Sergio Perez who missed two races in August.

“I just want to let everyone know that I recently tested positive for Covid-19 after the Eifel GP weekend,” said Stroll on his social media accounts.

“I am feeling 100% and have since tested negative.”

Stroll said he had arrived at the Nuerburgring after testing negative but woke up on Saturday morning with an upset stomach.

“I followed the FIA protocol and self-isolated in my motorhome and did not re-enter the paddock,” he explained.

“I wasn’t fit to race so I flew home early Sunday morning. As I was still feeling under the weather I took a Covid test on Sunday evening.

“The next day the results came back positive, so I stayed at home self-isolating for the next 10 days. Luckily, my symptoms were pretty mild.”

Stroll said he was tested again on Monday and his results were negative.

“I feel in great shape and I can’t wait to be back with the team and to race in Portugal,” he added.

Read Next
Donaire wants to be a five-division champion
EDITORS' PICK
Lorenzana orders review of protocol in handling slain rebels’ remains
Duterte: Metro Manila stays under GCQ in December
Experience clearer calls nationwide with Smart VoLTE
Smart Prepaid encourages the youth to take their passions to the next level and ‘Live GIGA’
Arthaland’s property management arm utilizes Amazon Web Services to enhance delivery of service
PNP probing influx of marijuana in NCR, adjacent provinces
MOST READ
Duterte: Metro Manila, 6 other areas stay under GCQ in December
Bacolod school probes student over indecent post vs Robredo
Minors can go malling if accompanied by parents — Año
‘What is mine is hers,’ says Matteo on sharing finances with his Popstar Royalty wife
Don't miss out on the latest news and information.